We already have a glimpse of what wearable tech is capable of. There are watches that count heartbeats, glasses that display notifications right in front of eyes, yoga pants that fix the downward dog poses and more.

However, wearable tech in the future won’t just be limited to this. They might be capable of doing more than you can imagine. Moreover, the best part is that they would be able to do all of it virtually.

Read on if you want to know what wearable tech may look like in the future.

ALSO READ: The Key to Success in Digital Transformation

A Few Hints at What Tomorrow’s Miracles Might Be

For a long time, science fiction movies and novels have been giving us the hope to build cool new techs. But, is it possible to build them?

The future of wearable tech seems to have gained pace after the advancements in sensors, power sources, and materials. It looks like the next-gen wearables will be able to achieve two most important demands, i.e., more reliability and less intrusion.

Veena Misra, Ph.D., director of the ASSIST Center, says “future wearables could be invisible, blending into your clothes or adapting to your body. When wearables can be very thin and skin-like, they’ll be more useful and impactful.”

However, it’s hard to guarantee whether it will be a success or not as developing this kind of tech isn’t child’s play. Sometimes, science may come through but problems may arise during clinical or commercial use.

There’s might be too much excitement around wearables but the hype of new tech may not always give the accurate market size. For instance, in 2022’s first quarter, the wearable market went down a little as per the report by a global market intelligence firm, IDC.

Here are a few things we might be able to see in the future of wearable techs.

Aside from electronic rings and watches, you would probably see more smart jewelry like earrings. However, as per some consumers, wristbands and watches seem to have more style appeal.

There may also be a new kind of wearable that may stick to the skin like some sticker, tattoo, or Band-Aid – patches. Daniele says, “While patches are not yet widely accepted, they promise greater technical flexibility in how the sensor or skin-interface is built.”

Jesse Jur, Ph.D., director of ecosystem technology at Advanced Functional Fabrics of America, says “Clothes tend to be useful for applying electronics and sensors across larger areas of the body. For example, an Einthoven’s triangle that can clearly get an electrocardiogram signal.”

Companies like Athos have smart garments that can easily detect muscle activity while exercising. Similarly, Sensoria Health provides upper garments that can measure your heart rate. It also offers socks that can calculate your foot strike while walking. 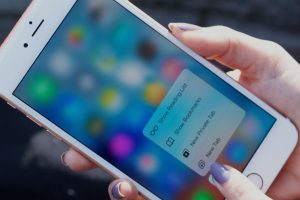 7 Simple iPhone Hacks That Can Save Your Time

Samita Nayak is a content writer working at Anteriad. She writes about business, technology, HR, marketing, cryptocurrency, and sales. When not writing, she can usually be found reading a book, watching movies, or spending far too much time with her Golden Retriever.