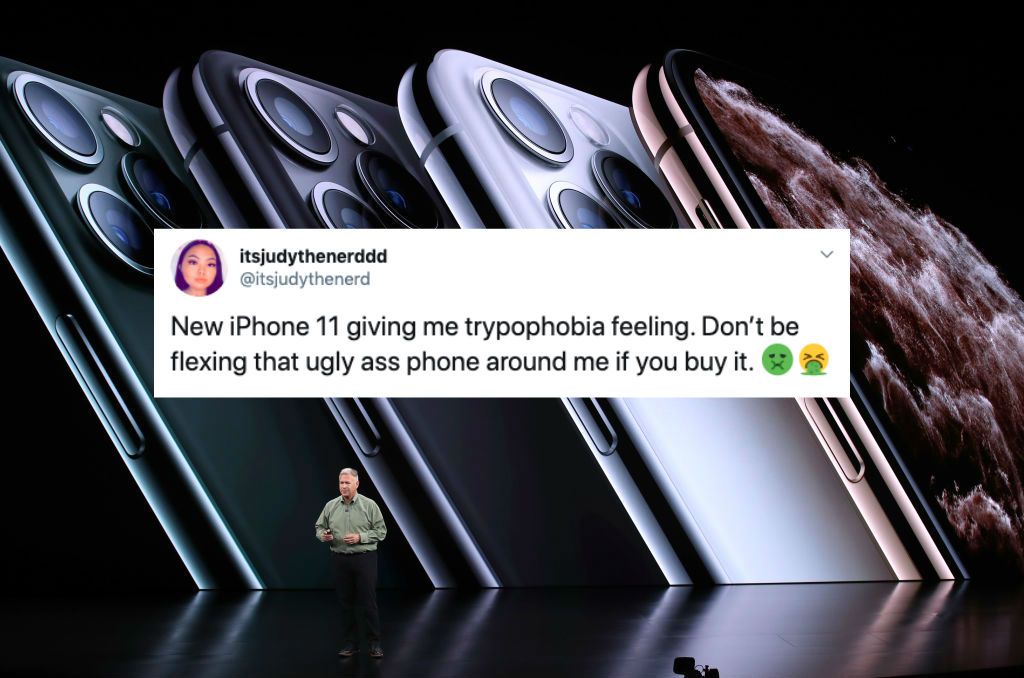 If you get a little queasy at the sight of small clusters of holes in weird patterns, you may have trypophobia. Things that can get the ol’ trypophobia going are typically the patterns seen in sponges, soap bubbles, honeycombs, and now apparently, Apple’s iPhone 11 Pro.

Though the 11 Pro will surely have people lining up to give Apple their money, the phone’s new triple camera design also has some people heading for the hills.

The design is unconventional, sure. But to some, it’s an actual repellent.

For others, even trypophobia won’t stop them from owning the latest tech.

And then there are some who are looking to the future, imagining what iPhones will look like down the line if the ones we have now already have three cameras. For the Tweet that follows, a fair warning to afflicted.

Now that you mention it, that image has me feeling a little lightheaded. Although to be fair, it could also be the phone’s $999 price tag.

Kellyanne And George Conway, The First Family Of Twitter Drama, Are Stepping Down