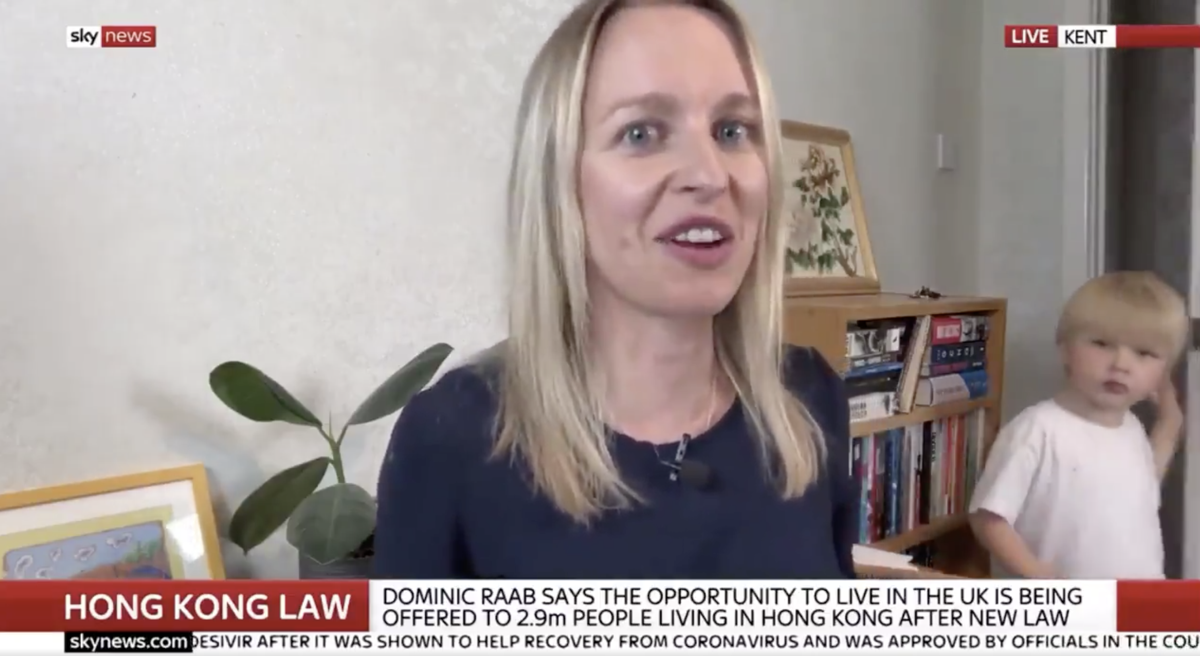 Working from home and taking care of a child is a tough task, in large part, because kids don’t totally get the concept of work.

That difficultly was on full display on British TV on Wednesday, when two different adorable kids busted their way into live shots on both Sky News and the BBC.

First, on the BBC, a little girl crashed her mother’s interview while she was live on air. The BBC handled it all with aplomb as the little girl moved what looked like a unicorn drawing around on shelves and jumped on her mother.

When the BBC host asked for the girl’s name, her mom responded “Scarlett” before the little girl shouted, “What’s his name, mummy!”

BBC: “I think it looks better on the lower shelf.”

I *absolutely* lost it at this point. pic.twitter.com/ngO9zHOd2U

Of course, BBC does have some history of children crashing interviews with parents working from home.

Amazingly, at nearly the same time, another cute kid was crashing a live shot over on Sky News. This time, a little boy burst through a door, ran up to his mother, and asked if he could have “two biscuits.”

“Yes, you can have two biscuits,” the mom told her son while apologizing for the unexpected interruption.

Unfortunately, Sky News cut away before we, the interested public, could see a resolution to this whole biscuit — or in U.S. terminology cookie — scenario.

Next time, Sky News, let us see the cute kid get his treat. After all, couldn’t we all use two cookies right about now?

Kellyanne And George Conway, The First Family Of Twitter Drama, Are Stepping Down