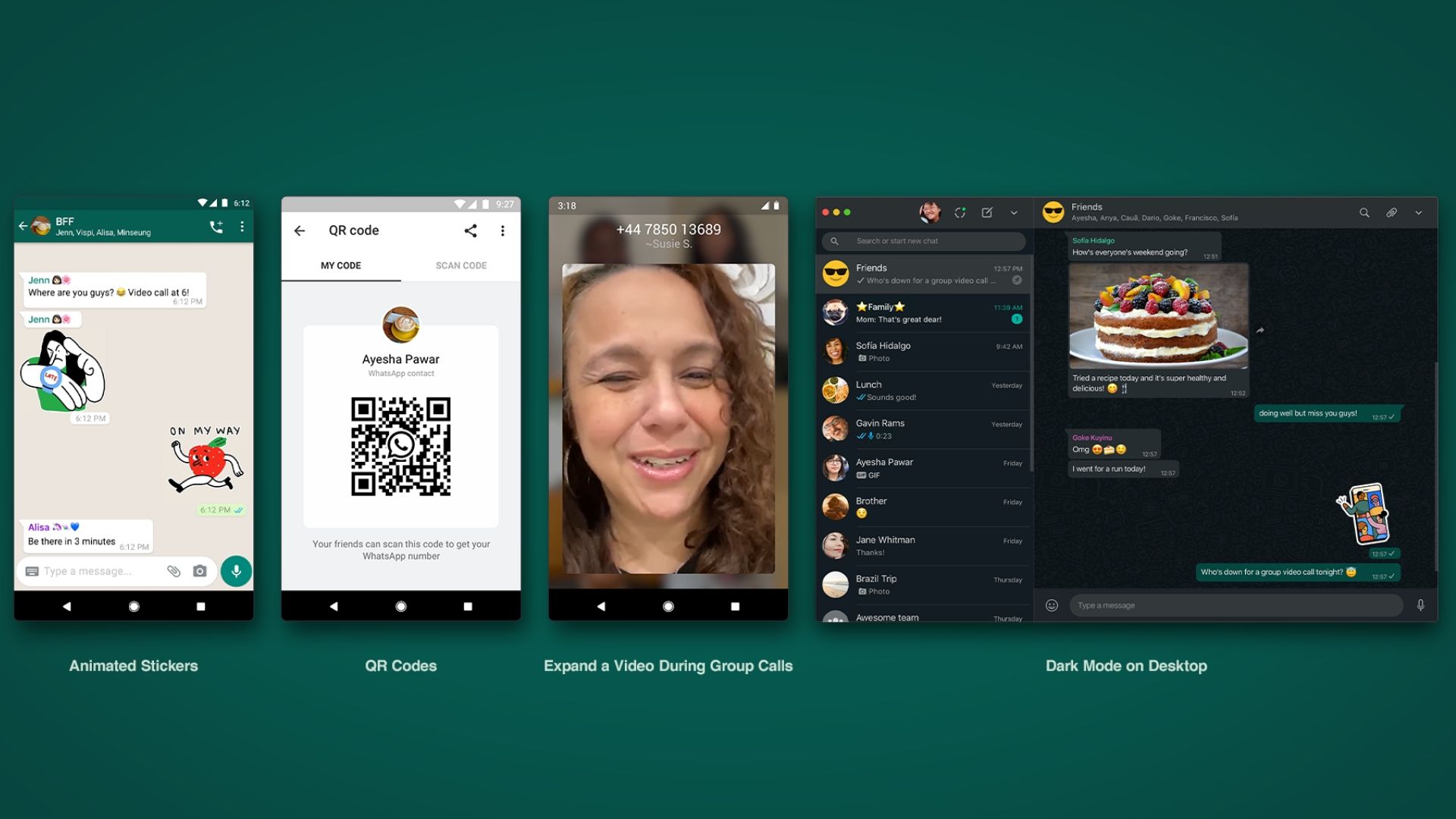 WhatsApp has finally introduced the dark mode feature for the Web and desktop versions. The WhatsApp Web dark mode feature, along with other features for iOS and Android such as animated stickers and group video calls will be rolled out over the next few weeks along with the latest versions of WhatsApp.

New feature alert! We are rolling out Dark Mode on desktop, improvements to group video calls, Status in KaiOS – and coming in a few weeks, Animated Stickers and QR codes. pic.twitter.com/wflA9WO0wJ

Earlier this year, WhatsApp on iOS and Android received the dark mode feature. Now, after being spotted on the beta versions, dark mode will soon be available on the latest versions WhatsApp Web and desktop. Along with this, WhatsApp has also introduced other features for iOS and Android, as mentioned on the company blog page.

Not too long ago, the limit on the number of participants in a video call on WhatsApp was increased to 8 participants. To supplement this feature, WhatsApp is giving users the ability to focus on a particular participant. Users can now, press and hold on one of the participant’s video feed to maximize it so that it appears on full screen. Also, there is now an icon in group chats with at most 8 participants to start a group video call with a single tap.

Additionally, instead of having to add people manually by saving their phone numbers, WhatsApp is now giving users the ability to simply scan a QR code to add other users in their contacts.