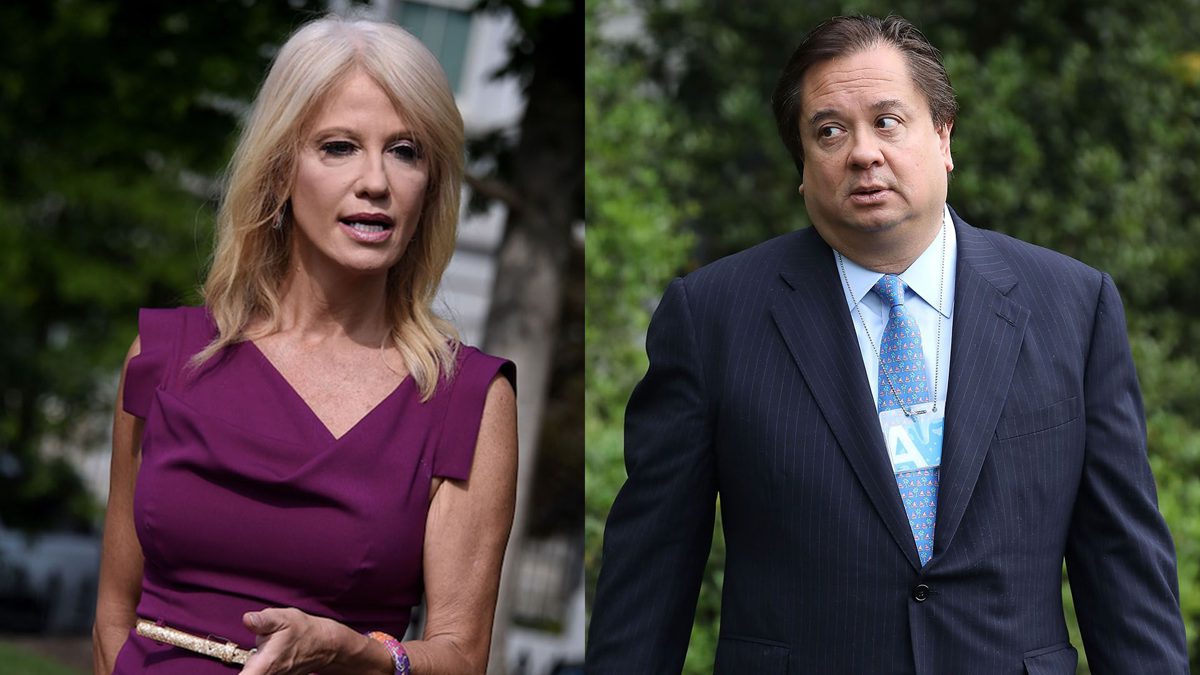 Kellyanne Conway, one of the longest serving White House advisors, is officially stepping down from her duties to the first family to put her own family first.

On Sunday night, Kellyanne, the matriarch of one of Twitter’s most frequently feuding families, announced that she’ll leave the White House at the end of the month. In a longer statement, Conway called her four-year commitment to the Trump administration “heady” and “humbling” and claimed that she is leaving to devote more time to her four children.

“This is completely my choice and my voice,” Conway stated. “In time, I will announce future plans. For now, and for my beloved children, it will be less drama, more mama.”

Kellyanne’s husband George Conway is an attorney who has very publicly disapproved of President Trump and his wife’s role in the Trump administration for years. He also announced that he’ll be withdrawing from the The Lincoln Project — a committee of Republicans that he co-founded to help defeat Donald Trump and which has received a lot of online attention in recent months.

So I’m withdrawing from @ProjectLincoln to devote more time to family matters. And I’ll be taking a Twitter hiatus.

Needless to say, I continue to support the Lincoln Project and its mission. Passionately.

“We disagree about plenty but we are united on what matters most: the kids,” Kellyanne wrote, referencing George. “Our four children are teens and ‘tweens starting a new academic year, in middle school and high school, remotely from home for at least a few months. As millions of parents nationwide know, kids ‘doing school from home’ requires a level of attention and vigilance that is as unusual as these times.”

The announcements come after months of the Conway’s 15-year-old daughter, Claudia,  expressing her disappointment in her parents’ political roles on Twitter and TikTok.

On Saturday, after learning that her mother would be speaking at the 2020 Republican National Convention, Claudia tweeted that she was “devastated beyond compare” and said she would be seeking emancipation from her parents.

On Sunday, after Kellyanne confirmed that she would be leaving the White House, Claudia tweeted that she would be “taking a mental health break from social media.” Though on Monday the teen posted several videos on TikTok celebrating her parents’ resignations.