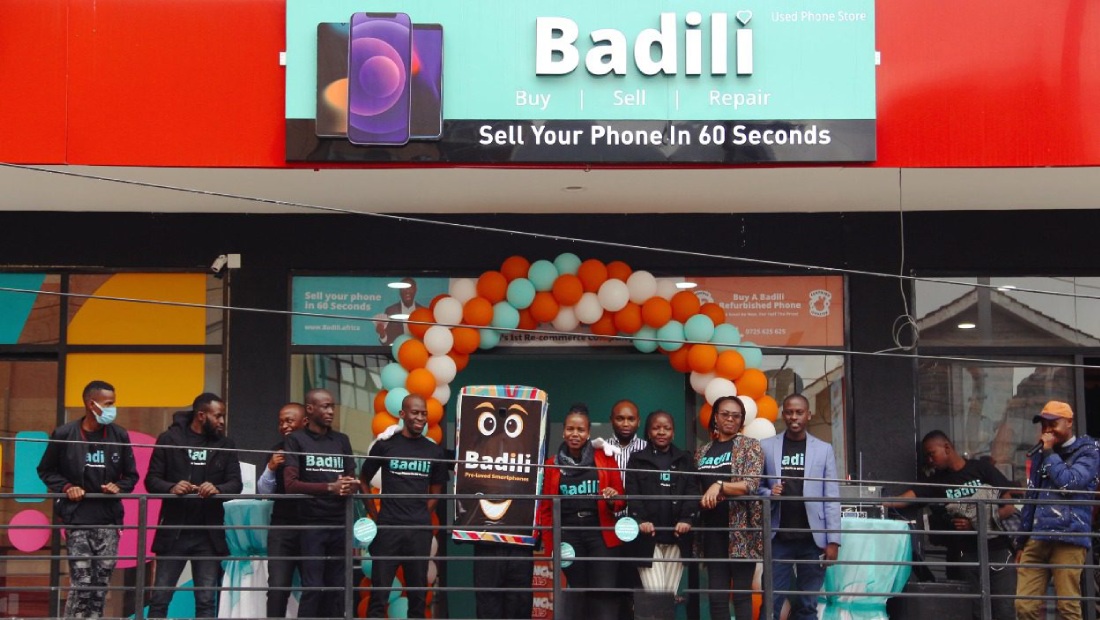 Badili, a Kenya-based smartphone re-commerce startup, has raised $2.1 million in pre-seed funding to scale its operations within Africa, one of the fastest-growing mobile phone markets in the world.

Badili, a Kenya-based smartphone re-commerce startup, has raised $2.1 million in pre-seed funding to scale its operations within Africa, one of the fastest-growing mobile phone markets in the world.

Venture Catalysts, V&R Africa, Grenfell holdings, and SOSV participated in the round, as did family offices and angel investors from Kenya, Nigeria, South Africa, and India.

Buoyed by the new funding, Badili plans to explore new growth opportunities in West Africa, where it hopes to tap an increasing demand for affordable second-hand smartphones, even as it scales its operations in Kenya, Uganda, and Tanzania.

“We are launching in Uganda and Tanzania and have established strong partnerships with original equipment manufacturers (OEMs). Within the next six months, we will be expanding to a few West African markets to get our foot in the door of some of the major markets in Africa,” said Rishabh Lawania (CEO), who co-founded the startup with Keshu Dubey (CTO) early this year.

Badili carries out trade-ins and buybacks on behalf of major OEMs and phone dealers, and has, so far, signed partnerships with key brands like Samsung. It buys devices from individuals too.

Lawania told TechCrunch he launched the startup after noticing that re-commerce did not exist in Kenya as a legitimate and trustworthy industry, yet demand for pre-owned devices was high.

“One of my ex-employees in Kenya got arrested for buying a stolen phone, and it struck me that most people can’t really buy pre-owned electronics here because the only option they have is the grey market, which is risky. That is when the Badili idea kicked in. I thought something really needs to change,” said Lawania, also the founder of Wee Media (parent company of WeeTracker news site) and gadgets in Africa.

Lawania said 60% of Badili customers are individuals upgrading from a feature to a smartphone, adding that devices sold by the startup cost less than half their original price.

“We are providing an alternative to people who don’t want to pay full price for a device, and I am more excited about the fact that we are able to help a lot of consumers buy their first smartphone,” said Lawania.

Affordability remains a key barrier to smartphone penetration, which is key to powering Africa’s digital economy in most countries across Africa, including Kenya, where feature phones still dominate the handset market. Recent data from the Communications Authority of Kenya indicates that while smartphone penetration is deepening, the feature phones market share currently stands at 55.1%.

Across Africa, the latest data from International Data Corporation (IDC) also shows that consumers opted for cheaper options as feature phones shipments grew by 10.6%, while smartphone consignments dropped by 7.9% in the second quarter of the year owing to growing inflation and the toughening economic outlook.

While the report predicted that smartphone shipments will recover, affordability and consumers’ buying power will continue to play a huge role in smartphone penetration in the continent.

Besides, Badili is tapping the growing refurbished and used mobile phones market, which is expected to hit $146 billion by 2030, growing at a CAGR of 11%, partly driven by smartphone adoption in emerging nations.

Badili buys the phones through its platform, and a network of shops and agents spread across the country. It uses its price estimation algorithm, which takes into account various factors, including the age of the phone and its model, to calculate the value of the phone. The phones are revamped, repackaged, and resold with a one-year warranty.

Lawania said Badili takes details, including ID and mugshot, of the sellers, and also requires them to sign an affidavit stating that they are the rightful owners of the devices. For extra caution, he said, Badili has also set up a system that can flag frequent sellers.

He said Badili is currently setting up and scaling technology, systems, partnerships, and networks needed to build Africa’s most trusted and biggest consumer electronics e-commerce marketplace.