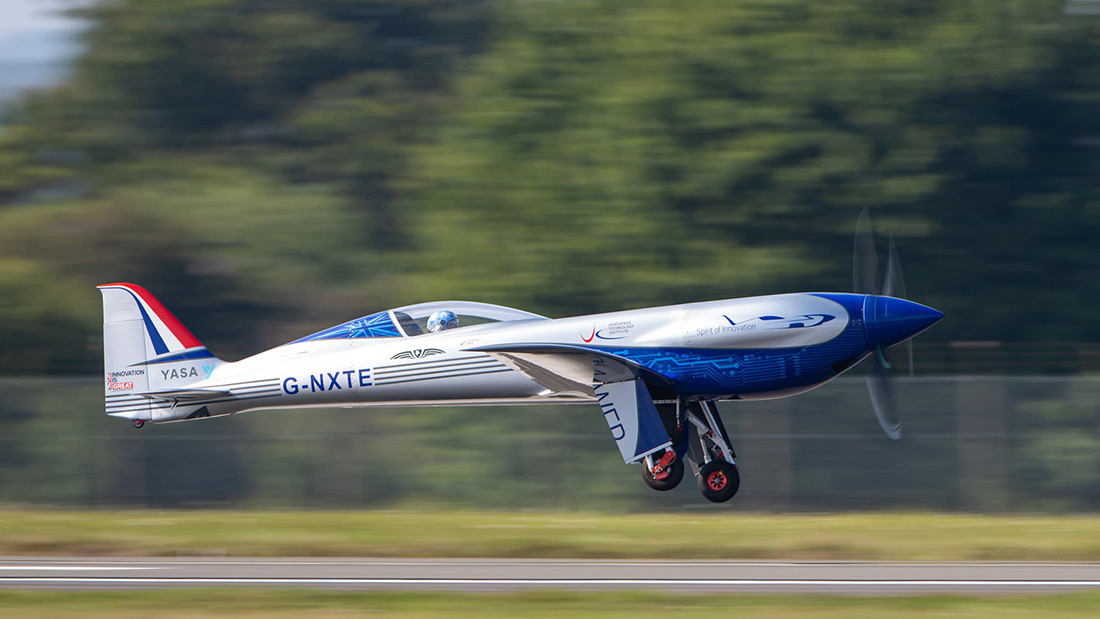 Rolls-Royce’s aircraft is the result of a program called ACCEL, or Accelerating the Electrification of Flight..

Rolls-Royce’s first all-electric aircraft has completed its maiden flight, soaring across skies in the U.K. for around 15 minutes this week.

In a statement, the company said the aircraft’s trip on Wednesday marked “the beginning of an intense flight-testing phase” that would involve the collection of performance data on its electrical power and propulsion system.

According to Rolls-Royce, the airplane — dubbed the “Spirit of Innovation” — utilized a 400-kilowatt electric powertrain “with the most power-dense battery pack ever assembled for an aircraft.” Eventually, the firm wants the aircraft’s speed to exceed 300 miles per hour.

The Spirit of Innovation is the result of a program called ACCEL or Accelerating the Electrification of Flight. Partners in the initiative include electric motor and controller specialist YASA and Electroflight, which Rolls-Royce described as an “aviation start-up.” YASA is a wholly-owned subsidiary of Mercedes-Benz.

In terms of funding, 50% has come from the Aerospace Technology Institute in partnership with the U.K. government’s Department for Business, Energy & Industrial Strategy and Innovate U.K.

In a statement issued alongside Rolls-Royce’s announcement, U.K. Business Secretary Kwasi Kwarteng said the aircraft’s flight was “a huge step forward in the global transition to cleaner forms of flight.”

The environmental footprint of aviation is significant. According to the International Energy Agency, carbon dioxide emissions from aviation “have risen rapidly over the past two decades,” hitting almost 1 metric gigaton in 2019. This, it notes, equates to “about 2.8% of global CO2 emissions from fossil fuel combustion.”

Elsewhere, the World Wildlife Fund describes aviation as “one of the fastest-growing sources of the greenhouse gas emissions driving global climate change.” It adds that air travel is “currently the most carbon-intensive activity an individual can make.”

Looking ahead, Rolls-Royce — not to be confused with Rolls-Royce Motor Cars, which is owned by BMW —said it would use and apply tech from ACCEL in products connected to the commuter aircraft and electric vertical takeoff and landing markets.

Alongside aircraft manufacturer Tecnam, Rolls-Royce is also working with Norway-headquartered airline Wideroe on the delivery of “an all-electric passenger aircraft for the commuter market.”
The last few years have seen a number of companies attempt to develop plans and concepts related to low and zero-emission aviation.

Last September, for instance, a hydrogen fuel-cell plane capable of carrying passengers took to the skies over England for its first flight.

Back in 2016, the Solar Impulse 2, a manned aircraft powered by the sun, managed to circumnavigate the globe without using fuel. The trip was completed in 17 separate legs.