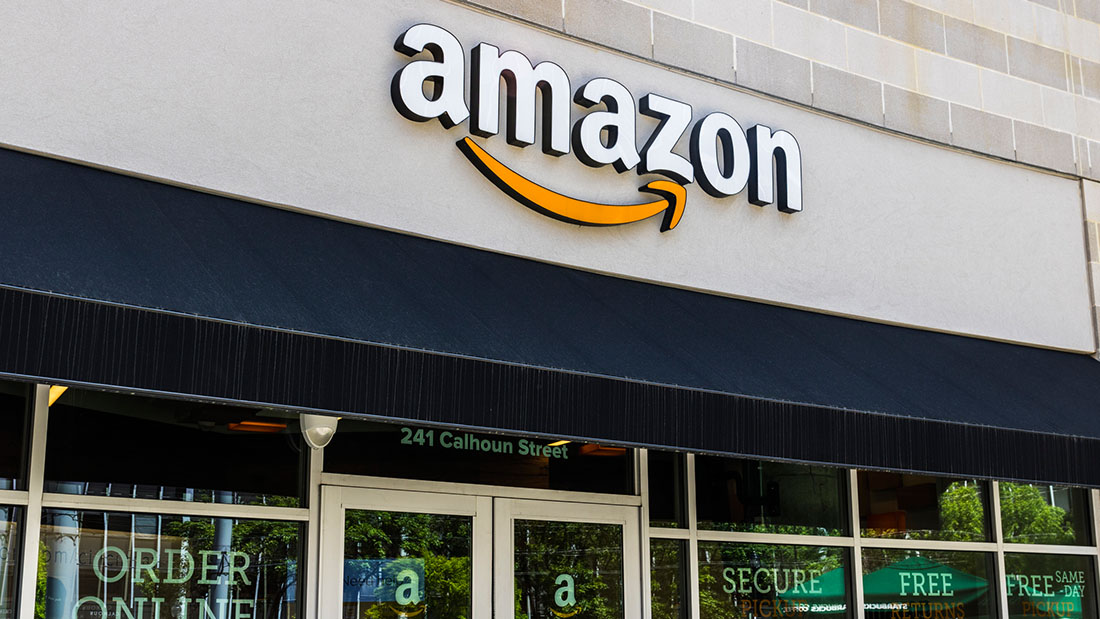 Amazon is expected to open department stores in the United States, starting in Ohio and California, the Wall Street Journal reported Thursday, citing people familiar with the matter. The stores are expected to be roughly 30,000 square feet — less than a third of the size of a traditional department store.

Amazon upended the US brick-and-mortar department store model built by companies like Sears and J.C. Penney. Now, the e-commerce giant reportedly has plans to open physical stores that resemble the concept it’s helping to crush.

Amazon is expected to open department stores in the United States, starting in Ohio and California, the Wall Street Journal reported Thursday, citing people familiar with the matter. The stores are expected to be roughly 30,000 square feet — less than a third of the size of a traditional department store. Amazon will sell clothing, household items, electronics, and other merchandise at the stores, the Journal reported. The company’s growing lineup of private, in-house brands are expected to be featured prominently.

Amazon (AMZN) declined to comment on its plans. “We do not comment on rumors and speculation,” a spokesperson for the company said in an email.

It may seem surprising that Amazon, which controls an estimated 40 percent of all online shopping in the United States, would want to open locations resembling department stores.

But retail analysts said that this plan would represent a lower-stakes commitment than buying a big chain like Kohl’s (KSS), which Amazon has a partnership with and a way for Amazon to experiment with and learn from a new format. A brick-and-mortar presence in areas like apparel and home decor would help Amazon reach customers who prefer to try on clothes and see other goods before buying them. It would also help spur the growth of Amazon’s more profitable— but lesser-known — private labels, these analysts say.

These stores would also give Amazon central locations where customers would be able to return products they purchase off its website and serve as de-facto warehouses to ship goods to shoppers’ homes faster. Opening stores would make sense from a real estate perspective, according to analysts, because vacant storefronts are spattered across cities and inside malls, and Amazon can move in for cheap prices.

But there are risks. Amazon doesn’t have any experience running department stores, and it’s record with physical stores is spotty.

The void in the market opened up by the collapse of many traditional department stores is one reason that may factor into Amazon’s calculations to open such stores.

“They have long been planning to explore that opportunity, created by the vacuum of a lot of department stores closing,” said Venkatesh Shankar, professor at Texas A&M University’s Center for Retailing Studies. “They’re getting in at good prices and lease rates.”

Despite the rapid growth of online shopping in recent years, physical stores still make up around 84 percent of total retail sales in the United States, according to the Census Bureau.

Analysts say physical department stores may be a vehicle for Amazon to gain a greater share of customers who prefer to shop in stores, don’t have credit cards to shop online, or live in areas Amazon doesn’t service.

“I believe that Amazon, in their endless intent to continue to grow, intends upon expanding their market share through customers who can’t or don’t want to shop via e-commerce,” said Mark Cohen, director of retail studies at Columbia Business School and the former chief executive of Sears Canada.

In categories like clothing and home decor, Cohen said, a physical presence appeals to customers “who do want to touch and feel products rather than buy them blindly.” Physical stores also better help drive impulse and unexpected purchases than online shopping, he said.

Amazon is trying to build out its private-label brands such as Amazon Essentials, Goodthreads, and Core 10 clothing, and Rivet and Stone & Beam furniture. These department stores would give Amazon a platform to introduce customers to these less-familiar brands.

“Stores will help Amazon do a much better job of showcasing its offer, especially in own brand,” Neil Saunders, managing director at GlobalData Retail, said in an email to clients. Saunders noted that other online brands, such as Warby Parker and The RealReal (REALR), are also expanding their physical presence.

Finally, Amazon is rushing to expand same-day delivery and stores could double as shipping hubs for speedy online orders and locations where customers can scoop up online orders.

“These locations will function as last-mile distribution hubs in highly populated urban areas, where distribution centers are not located,” said Matthew Katz, managing partner at SSA & Co., an advisory firm, in an email. This is an “advantage for same day, even same-hour delivery.”

There is no guarantee Amazon can create a vibrant department store, though. Its recent forays into physical stores have been mixed.

Amazon is known as an online store, but it has moved into physical retail in recent years. In 2015, Amazon opened its first physical store, Amazon Books, in Seattle. Two years later, Amazon bought Whole Foods’ 471 stores for $13.7 billion. Amazon also has dozens of 4-Star stores, where it sells its highest-rated merchandise, Amazon Go cashier-less convenience stores, and pop-up stores. Amazon is also is building a new, separate line of grocery stores, called Amazon Fresh, to chase a mid-market shopper, different from Whole Foods’ high-end customer base.

As of December 31, 2020, Amazon had 611 physical stores in North America, including Whole Foods, according to its latest annual filing.

Kodali said “department stores are a dying format” and it would be a mistake for Amazon to open a similar concept. The previous stores Amazon has opened have been “entirely unremarkable. It doesn’t lend any confidence in a thesis that Amazon’s next store is going to be a game-changer.”