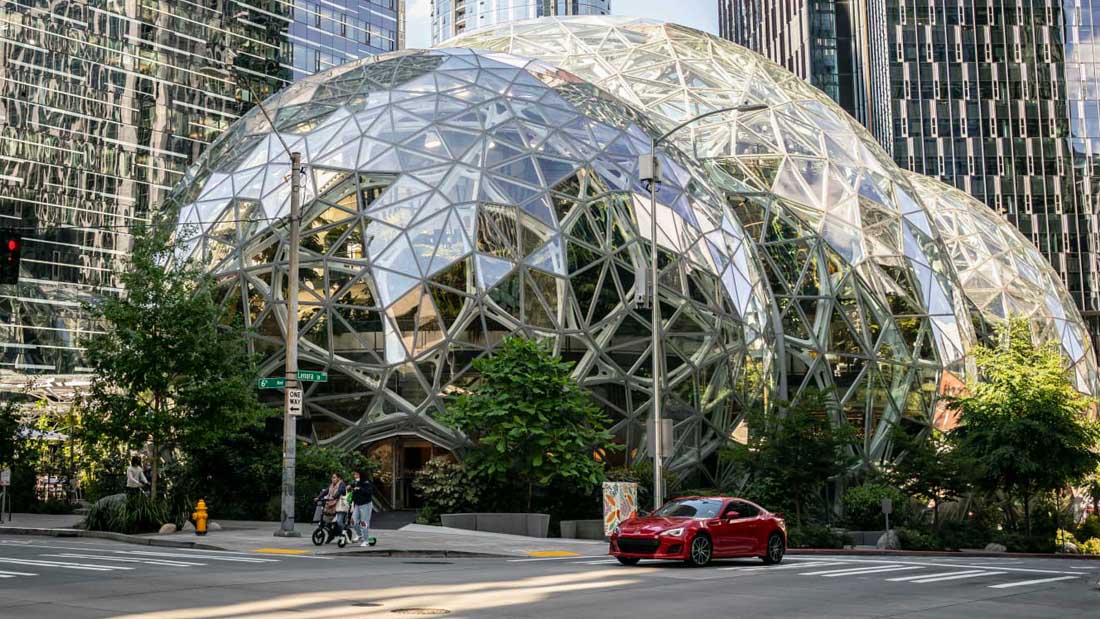 Amazon is turning part of its Seattle headquarters into a public cooling center as the Pacific Northwest grapples.

Amazon is turning part of its Seattle headquarters into a public cooling center as the Pacific Northwest grapples with a record-breaking heatwave.

The air-conditioned cooling center is set up at the Amazon Meeting Center, which is part of the company’s South Lake Union campus in downtown Seattle. The site has room for up to 1,000 individuals, according to the city of Seattle’s website. Many homes in the area lack air conditioning, as Seattle’s climate, is usually temperate.

The meeting center is a stone’s throw from the Amazon Spheres or the glass orbs that anchor its downtown Seattle campus. Amazon previously converted the meeting center into a pop-up clinic to administer Covid-19 vaccines earlier this year.

Unprecedented heat waves are sweeping the Pacific Northwest, pushing daytime temperatures into the triple digits and causing power outages in some parts of the region. Temperatures in Seattle ticked above 100 degrees on Monday, marking the first time on record the city has had three consecutive triple-digit days, according to the National Weather Service.

Prior to this week, the city only had three days in the last 126 years where the temperature hit 100, according to a National Weather Service spokesperson quoted by Scientific American. Scientists say that climate change is making such extremely high temperatures more common.

Even with the intense heat, Amazon warehouses in Kent, Washington, remained open, The Seattle Times reported on Sunday. One facility in the Kent warehouse complex ran “power hours” in some departments, where workers were asked to move as quickly as possible for an hour, in order to juice productivity, the Times reported, citing workers at the facility. Amazon spokesperson Maria Boschetti denied that the company ran power hours at that facility.

Elsewhere, Portland on Sunday saw temperatures reach a record high of 112 degrees, just one day after hitting a high temperature of 108 degrees. The National Weather Service expects that temperatures in Portland could climb as high as 114 degrees on Monday, breaking the heat record for the third consecutive day.