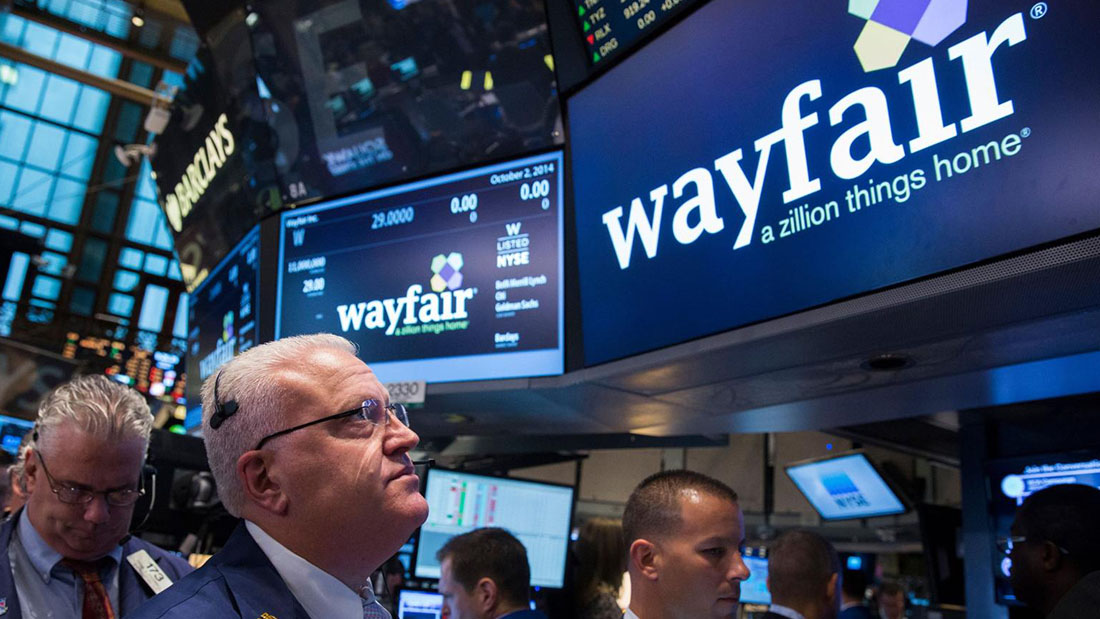 The five most valuable U.S. tech companies all reported earnings this week, and Amazon was the only one to deliver disappointing results.

Wayfair and Etsy dropped almost 8%, while eBay fell 7%. Amazon had its worst day on the market in more than a year, falling 7.6% and wiping out about $75 billion in market value.

Amazon said revenue growth slowed in the second quarter to 27% from 41% a year earlier when the company got a boost from stay-at-home orders during the pandemic. Brian Olsavsky, Amazon’s finance chief, told analysts on the earnings call that more vacations and social gatherings are on the horizon, and there will “be things that probably people shied away from last year and that’s all good.”

While Facebook and Apple offered similar warnings in their outlooks this week, Amazon was alone among the five most valuable U.S. tech companies in missing analysts’ revenue estimates for the past quarter. Earnings beat expectations, but investors are typically more focused on Amazon’s growth trajectory than its profitability.

During the pandemic, e-commerce companies across the board picked up business, benefiting their growth rates and lifting their stock prices. But after a year of outsized expansion, investors have been gearing up for a slowdown in the second half of 2021.

Etsy, a marketplace for independent sellers and second-hand goods, is scheduled to report earnings next week. Revenue growth has topped 100% for each of the past four quarters as consumers turned to the site for face masks as well as other items for their homes. Growth is expected to slow to 23% in the quarter that ended in June, according to StreetAccount.

Even after Friday’s drop, Etsy shares are still up 64% in the past year, topping the other big e-commerce companies, including Amazon, which is up 9%.

Furniture seller Wayfair is also scheduled to announce quarterly results next week. Following four quarters of growth above 40%, revenue is expected to drop 8.4% for the second period, according to StreetAccount. Analysts at Wedbush said in a note this week that the company, which also benefited from surging demand during the pandemic, is getting hit by a combination of a return to in-store shopping, higher online advertising costs, and supply chain constraints.

While the Wedbush analysts still have the equivalent of a buy rating on the stock, they said they expect to see revenue fall by 10% “as demand slows from peak levels.”

Ebay’s results are slated to hit Aug. 11. Its business didn’t see as much pop over the past few quarters as did other online retailers, in large part because it’s been losing market share to rival sites. Growth in the second quarter is expected to slow to about 5% from 6.6% a year earlier and 27% in the first quarter of this year, according to StreetAccount.

eBay has also been shedding assets of late, selling StubHub for over $4 billion in 2019 and agreeing to sell its classifieds business last year in a deal that would bring in $2.5 billion in cash. Last month, eBay said it was selling the majority of its South Korean operations for about $3 billion.

JMP analysts, who have the equivalent of a hold rating on the stock, wrote in a report that the various deals should help eBay focus on retaining customers and attracting sellers.

“We believe these transactions create incremental strategic optionality for eBay as it invests and builds out newer experiences around its core marketplace while maintaining its capital return strategy,” they wrote.