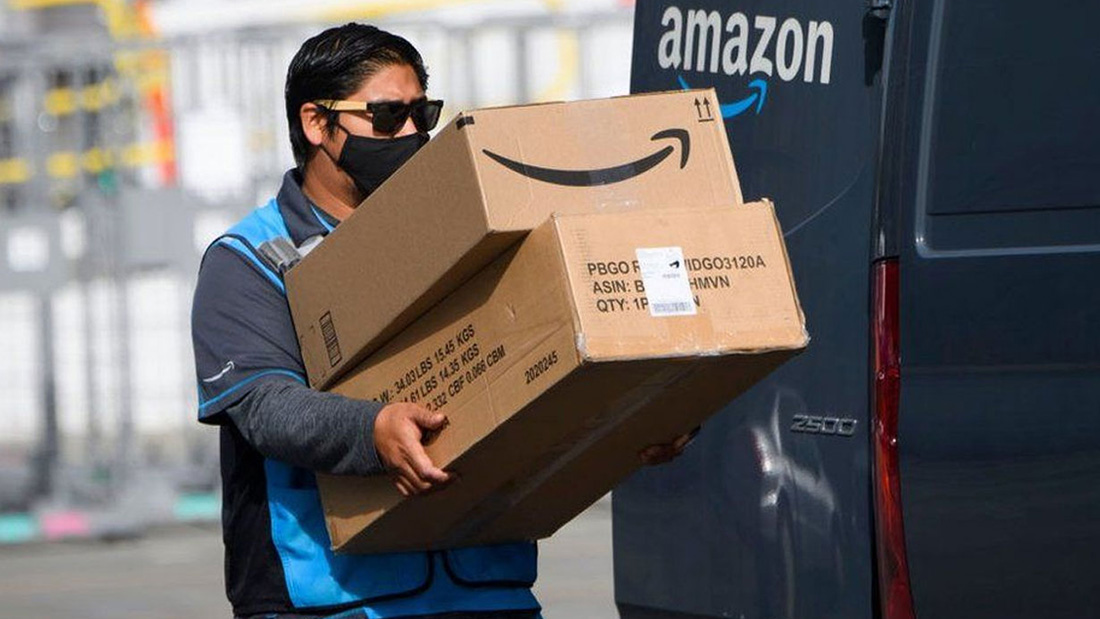 Amazon has predicted slower sales growth in the third quarter as a boost from the COVID-19 pandemic subsides.

Customers turned to Amazon and other online platforms during the COVID-19 crisis, leading to record profits for the US giant.

But Amazon’s breakneck growth is beginning to level as customers start to return to bricks and mortar shops.

Revenue climbed 27% to $113bn (£81bn) in its second quarter, but this missed analysts’ expectations.

Earlier in the COVID-19 pandemic, Amazon posted record profits, signed up more than 200 million customers to its Prime service, and recruited more than 500,000 workers to keep up with surging demand.

But vaccine rollouts and easing of restrictions have led some consumers to venture out to stores, while also using click-and-collect services, in competition with the speedy delivery of online orders provided by Amazon and its peers.

It said the event was the biggest two-day sales period ever for merchants on its platform.

But in the second quarter analysts have seen signs of slowing demand.

North America, Amazon’s largest market, saw sales increase 22% in the second quarter, versus 43% in the same period a year earlier.

But profit rose 48% to $7.8bn, the second-largest quarterly result Amazon has ever announced.

The retail giant’s founder Jeff Bezos stepped down as chief executive on 5 July, becoming executive chair of Amazon’s board.

Andy Jassy took on the role, after previously being in charge of Amazon’s cloud computing division, Amazon Web Services (AWS).

Mr. Jassy said: “Over the past 18 months, our consumer business has been called on to deliver an unprecedented number of items, including PPE [personal protective equipment], food, and other products that helped communities around the world cope with the difficult circumstances of the pandemic.

“At the same time, AWS has helped so many businesses and governments maintain business continuity, and we’ve seen AWS growth reaccelerate as more companies bring forward plans to transform their businesses and move to the cloud.”

Amazon’s are the latest results from Big Tech this week. Apple, Microsoft, and Google’s parent firm Alphabet all reported soaring profits as the Covid pandemic continues. Facebook, however, said that it expects revenue growth to slow.

Nicholas Hyett, the equity analyst at Hargreaves Lansdown, said: “It’s saying something when you can report quarterly sales roughly equal to the annual GDP of Ukraine and 33% operating profit growth and still disappoint the market.

“You can see why Jeff Bezos would rather be jetting off into space.

“In all seriousness though, Amazon is increasingly bumping up against the law of large numbers – particularly in US retail.

“When you’re only selling $1,000 of product a year, boosting sales by 40% is easy. When your annualized sales reach $400bn, finding an extra $160bn of sales is pretty difficult.”

Mr. Hyett said that means that Amazon is having to spend a lot to deliver future growth.

“The group’s got plenty of irons in the fire for the future, it just needs to hope one of them comes off big,” he added.

The top job that Mr. Jassy inherited has never been bigger and more complex.

Last quarter Amazon, the biggest online retailer in the world, announced a deal to buy the film studio MGM for $8.5bn, expanding in Hollywood at the same time as it is running a grocery chain, building a healthcare business, and facing scrutiny from regulators worldwide.

Costs also continue to rise. The company has offered an average of $17 in hourly wages – more than double the US minimum – plus signing bonuses to attract 75,000 workers during a labor shortage.