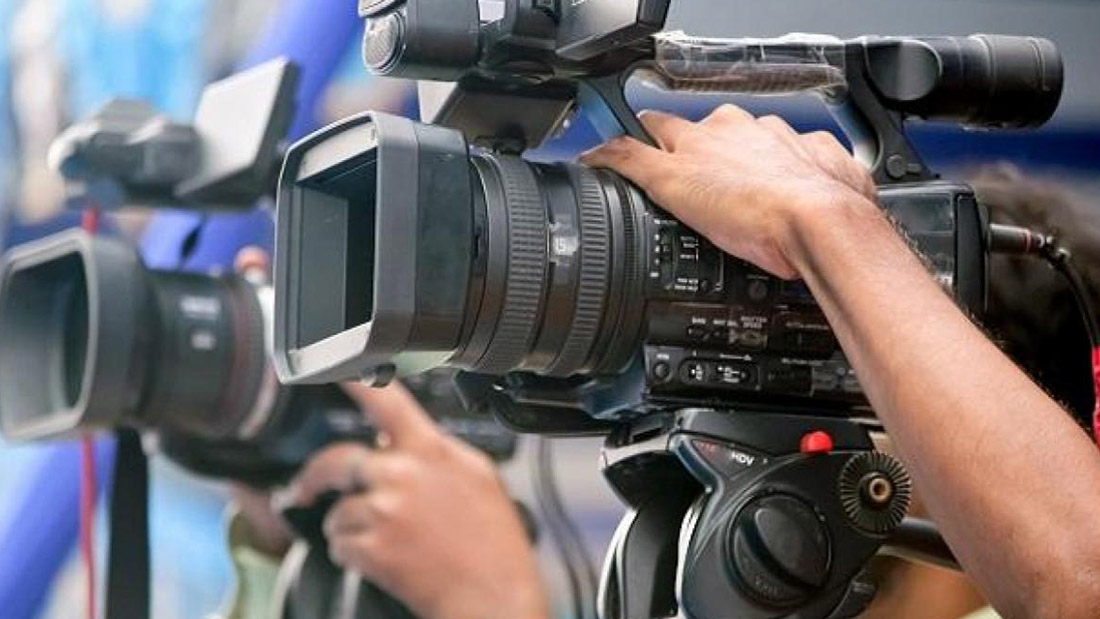 Global press freedom is under spectacular pressure. More journalists than ever were in jail last year and the number of media workers killed rose by a third compared to 2019, with Asia accounting for nearly half of those murdered.

With a crackdown on the world’s press comes a more challenging business landscape for investors. Restricted information flows can mask political and regulatory problems as well as potential fraud and corruption, raising the risks of doing business — particularly in more volatile emerging markets where good-quality information may already be scarce. ​

Listen to this story.

Yet in an era when environmental, social, and governance investing is increasingly in the spotlight, press freedom is still low on most investors’ list of concerns.

“But the time before that happens can make or break the careers of institutional fund managers.”

Nonetheless, some investors are finding such ethical issues increasingly difficult to ignore.

Cracking down on independent media limits not only political reporting but also the flow of crucial financial analysis. The crisis unfolding at “bad bank” China Huarong Asset Management Co., within one of the world’s most restrictive media environments, shows how messy things can get.

The state-owned manager of distressed debt is struggling to make good on debts of nearly $40 billion — a pool large enough to touch the portfolio of almost every investor with exposure to Chinese bonds. But information about what is arguably the country’s most serious systemic financial crisis is shockingly limited, and the opaque political drama is almost impossible for outsiders to follow.

China has expelled dozens of foreign journalists in the past year by refusing to renew visas. With a rapidly shrinking pool of journalists able to report on the ground, some investors are relying on little more than rumors propagated on social networks such as WeChat. Concerns that bad-faith actors could be profiteering from the lack of transparency are on the rise.​

“Western media restrictions surely disadvantage global investors in China,” said Brock Silvers, chief investment officer at Kaiyuan Capital in Hong Kong. “Few of Huarong’s investors have a deep understanding of the financial giant’s business, and its dollar bonds will hold only as long as government backing is implied. Reliance upon a grey area naturally leads to greater volatility.”

Anne Stevenson-Yang, a research director of activist investor J Capital Research and an expert on the world’s second-largest economy, agrees that a lack of transparency adds to risks for investors.

“Can you blindly throw a dart and gain some money investing in China? That’s what an awful lot of Chinese citizens have been doing,” she said. “But can you blindly lose money by doing that? Yeah.”

China is not alone in weaponizing the granting of visas. Once-popular frontier markets such as Ethiopia and Myanmar have also imprisoned or expelled foreign and local reporters, making it nearly impossible to find out what’s actually happening on the ground. Inflows of capital from the US and elsewhere have come to an abrupt halt as a result.

(Haze Fan, a member of Bloomberg News’s Beijing bureau, was detained by the Beijing National Security Bureau in December on suspicion of engaging in criminal activities that jeopardized national security. The Foreign Ministry said in February that the case remained under investigation.)Click and drag to move

Some of the measures governments use to intimidate media workers generate global headlines, like the forced closure of the pro-democracy Apple Daily newspaper in Hong Kong or the detention of a Belarusian opposition journalist after the government forced the commercial plane he was traveling on to divert to Minsk and land. But less sensational moves — like harassing reporters at work, or passing “fake news” laws that allow governments to censor their critics under the guise of restricting misinformation — can have an equally chilling effect.

In Turkey, the world’s most prolific jailer of journalists apart from China, two Bloomberg News reporters currently face two to five years in prison over allegations that they tried to “undermine” the economy in an August 2018 story about a currency shock. The lira had then lost more than 40% of its value against the dollar during months of tensions with the US — a decline Turkish authorities blamed on foreign speculators attacking the currency. Last year, the country’s banking regulator expanded the definition of manipulative trading to include spreading “misleading or wrong information” on financial assets through the media; prosecutors in the reporters’ case have charged 36 people for social media comments deemed critical of the economy and banks.

Even in countries that tout their democratic credentials, working life has become harder for reporters. In the US, an unprecedented number of journalists were assaulted, arrested, or otherwise prevented from doing their jobs during the protests of 2020, and dozens more have been arrested so far this year. Brazil is just one of several Latin American nations where pandemic response measures restricted the media’s capacity to report freely and the public’s ability to access information.

And rights can erode at an alarming speed. In Hong Kong, formerly Asia’s freest place to live and do business, journalists now fear prosecution after China imposed a sweeping National Security Law. Officials have proposed restricting journalists’ access to the city’s Companies Registry, a move the International Chamber of Commerce warns will increase opportunities for “corruption, money laundering, and fraud.” The Biden administration has also warned investors about the risks of doing business in Hong Kong as China exerts more control.

But even as Hong Kong and China crackdown on press freedom, financial markets are booming. So far this year, Hong Kong IPOs are the strongest since at least 2010. About 40% of the $28 billion that flowed into emerging-market assets in June went into China’s equities and bonds, according to the Institute of International Finance, and Chinese government bonds have become a staple of recommended portfolios at UBS Group AG and JPMorgan Chase & Co.

“ESG, to the degree it matters and funds describe themselves as ESG-compliant, needs to incorporate sovereign-level metrics, not merely corporate ones,” said Tellimer’s Malik.

But for now, at least, most ESG efforts tend to focus on environmental considerations rather than social ones. Emissions are easier to measure and less subjective than freedom of expression, and companies can be held more easily responsible.

There are reasons to see change coming. A decade ago, issues such as climate impact, board diversity, or workplace sexual harassment also attracted little investor attention. But younger, more socially conscious consumers have used social media to collectively force companies to consider these issues. And as the proportion of investors who belong to Generations Y and Z grows, the range of ethical issues that companies are driven to address is expanding.

Adding press freedom to the list may benefit those seeking investment too. When a newspaper closes, the local government’s borrowing costs rise because diminished scrutiny makes investors less comfortable, a 2019 report published in the Journal of Financial Economics found.

Press freedom “is a very foundational thing that needs to be in place before you can have meaningful ESG metrics,” said Perth Tolle, founder of Life + Liberty Indexes, which invests in countries based on third-party rankings of various freedoms. The Freedom 100 Emerging Markets ETF, which tracks Tolle’s index, has no holdings in Turkey or China and also reduced its position in Poland in recent years as concerns have mounted over the country’s erosion of the rule of law. The benchmark MSCI Emerging Markets Index — which Tolle’s index has outperformed this year — has exposure to all three nations. ​

“The metrics are out there, the problem with Wall Street is that they don’t make any money out of those, and they don’t like it,” said Tolle, who was born in China and now lives in Texas. “In places that have no press freedom, do you think they’ll have freedom for stock or bond analysts?”​

The issue of press freedom remains off the radar of many companies, and generalizing about its impact on investors across different countries is difficult.

But the gradual erosion of rights should concern investors, according to Jim O’Neill, the former Goldman Sachs Group Inc. chief economist who coined the BRICs acronym for Brazil, Russia, India, and China.

“Investors and business should care a lot about the freedom of the press, and editorial independence is something that should be cherished by all, including business people,” he said.

“The importance of true, independent credible journalism is becoming bigger and bigger, in my view”.