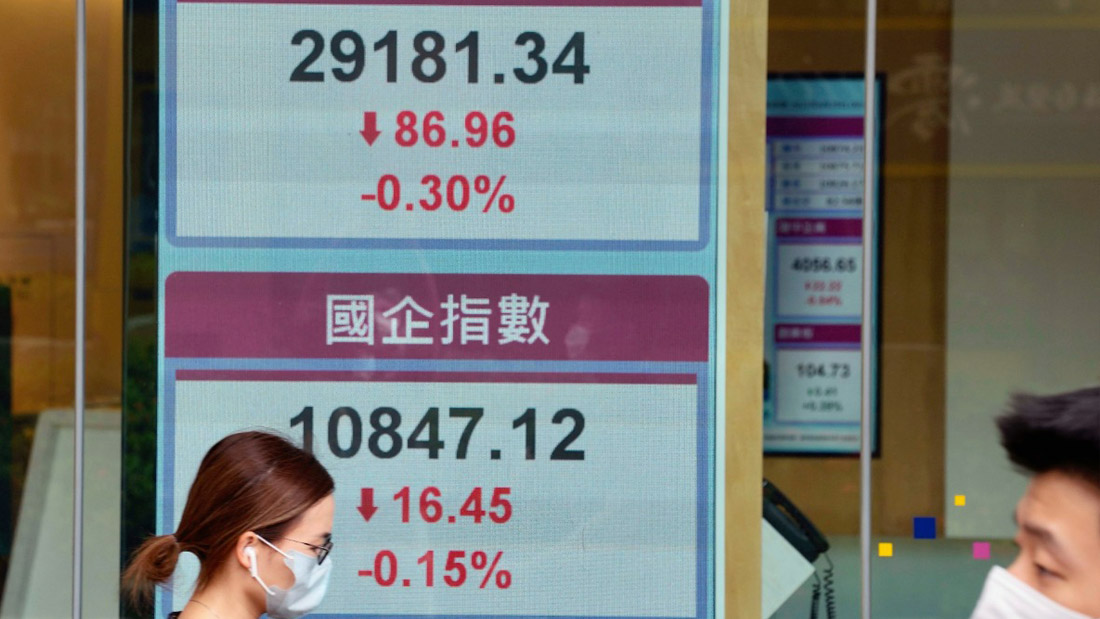 Most Asian share markets opened a fraction higher on Tuesday, ahead of a key decision by Australia’s central bank on its quantitative easing programme and despite ongoing concerns over the future regulation of China’s powerful technology sector.

U.S. markets were closed on Monday to mark the Independence Day holiday, leaving the Asian region without a strong lead to start trading on Tuesday.

MSCI’s broadest index of Asia-Pacific shares outside Japan was up 0.05%.

Chinese technology stocks remain under the microscope on Tuesday after the Cyberspace Administration of China (CAC) ordered an investigation into Didi Global Holdings just days after it listed on the New York Stock Exchange.

“There is still lingering uncertainty from China’s tech companies and they are prominent in the Asian market, so that could be a cloud for market sentiment,” said Tai Hui, JPMorgan Assset Management chief Asia market strategist.

“The tech sector is very significant in Asia and we are not going to have a lot of clarity on the regulatory adjustments in China for the next few weeks or even months and (that) will be an important driver for the market.”

In Australia, the prospect of more mergers and acquisitions activity is being scrutinised by investors after a $16.7 billion bid for Sydney Airport Holdings Ltd from a pension fund consortium emerged on Monday.

“Sentiment appears to have almost moved past the (economic) reopening trade and into outlook for corporate earnings that are coming up in August,” Karen Jorritsma, head of equities at RBC Capital Markets in Sydney told Reuters.

“Generally (earnings) ‘confession season’ has been remarkably good, and with balance sheets in such great shape the tide is turning to potential for M&A.”

Globally, the publication of the U.S. Federal Reserve’s Federal Open Markets Committee minutes for June on Wednesday is highly anticipated by investors for guidance on whether ongoing emergency stimulus measures could start to be tapered.

Major European markets were in positive territory overnight despite a jump in the Brent crude price to above $77 a barrel, the highest level since October 2018.

The spike came after OPEC+ ministers called of discussions on Monday after clashing last week when the United Arab Emirates rejected a proposed eight-month extension to output curbs, meaning no deal to boost production has been agreed.

There has been no date set for the next meeting of ministers of OPEC+ countries – the Organization of the Petroleum Exporting Countries (OPEC) and allied producers including Russia – but sources told Reuters new discussions could begin in the next few days.

Elevated oil prices are adding to concerns that a higher global inflation rate could derail the post-coronavirus pandemic recovery under way in some major world economies.

The Reserve Bank of Australia is expected to keep the official cash rate target on hold at 0.1%, but has flagged it will announce its decisions on the broader quantitative easing programme which is set to end in September.

Economists predict the RBA will limit its three-year bond yield target of 0.1% to the April-2024 bond, rather than extending it to the November-2024 bond.