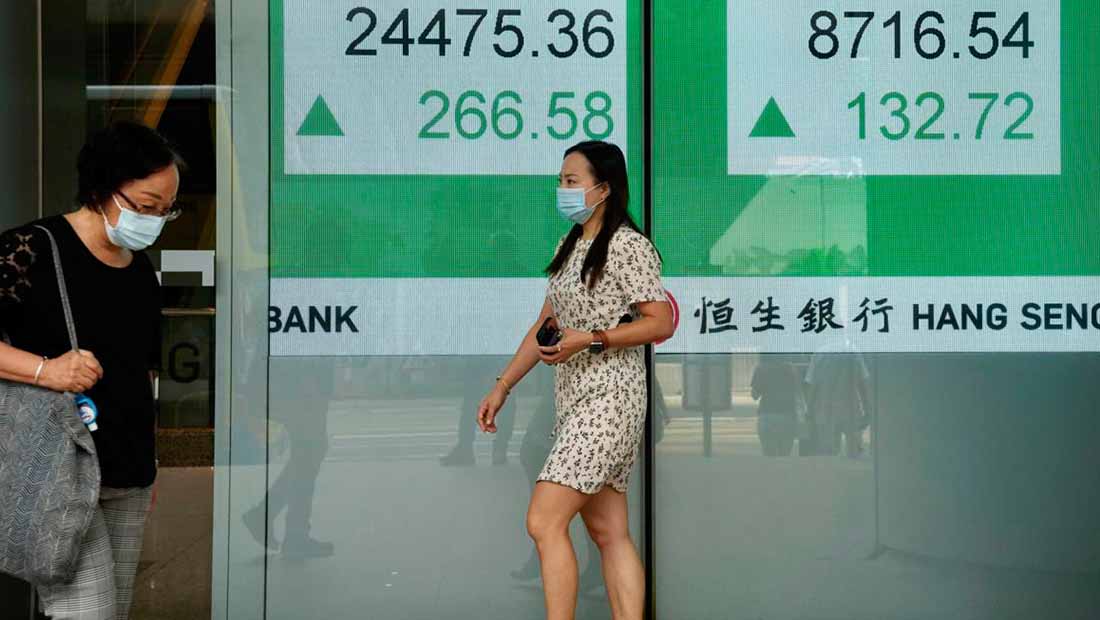 A power crunch in some parts of China has shut down factories and left some households without electricity in an effort to meet official energy use targets. That could have global repercussions, including on supplies needed for manufacturing throughout Asia, coming right ahead of the year-end shopping season.

The woes come on top of parts and raw material shortages that already ail regional manufacturing because of supply disruptions caused by the coronavirus pandemic.

Analysts say the power shortage in China could become prolonged as the demand for coal and natural gas surges during the winter.

Another lingering market worry resonating from China is the possible collapse of one of China’s biggest real estate developers, Evergrande Group, which is struggling to avoid a default on billions of dollars of debt.

“Crucially, contagion risks loom large due to transmission within the property sector due to similar risks to home-buyers and banks via balance sheet exposures,” said Vishnu Varathan of the Asia & Oceania Treasury Department at Mizuho Bank. “Fact is Evergrande is at best a risk that has temporarily abated but is far from abolished.”

The vote for the leader of Japan’s ruling party, set for Wednesday, was also weighing on Tokyo trading, according to analysts, as players took a wait-and-see attitude. Four candidates are in the race to replace Prime Minister Yoshihide Suga, who is stepping down after a year in office. No major economic or foreign policy changes are expected, as the pro-U.S. Liberal Democratic Party has ruled Japan almost continually in recent decades.

The yield on the 10-year Treasury was steady at 1.49%. It was at 1.31% a week ago, as market jitters drove investors to shift money into bonds, which lowers their yield. It has been climbing for the past week.

The yield influences interest rates on mortgages and other consumer loans, so when it rises it allows lenders to charge higher rates. Bank of America gained 2.7%.

U.S. markets have had a choppy month so far and the S&P 500 is on pace to shed 1.8% in September, which would mark the first monthly loss since January. Investors have been trying to gauge just how much room the economy has to grow amid waves of COVID-19 crimping consumer spending and job growth while inflation remains a concern.

Consumer spending has been the key driver for the economic recovery and it has been crimped in part by rising cases of COVID-19 because of the highly contagious delta variant, which remains a huge concern in Asia.

In energy trading, benchmark U.S. crude added 25 cents to $75.70 a barrel in electronic trading on the New York Mercantile Exchange. It gained $1.47 to $75.45 per barrel on Monday.

Brent crude, the international standard, rose 21 cents to $79.74 a barrel.