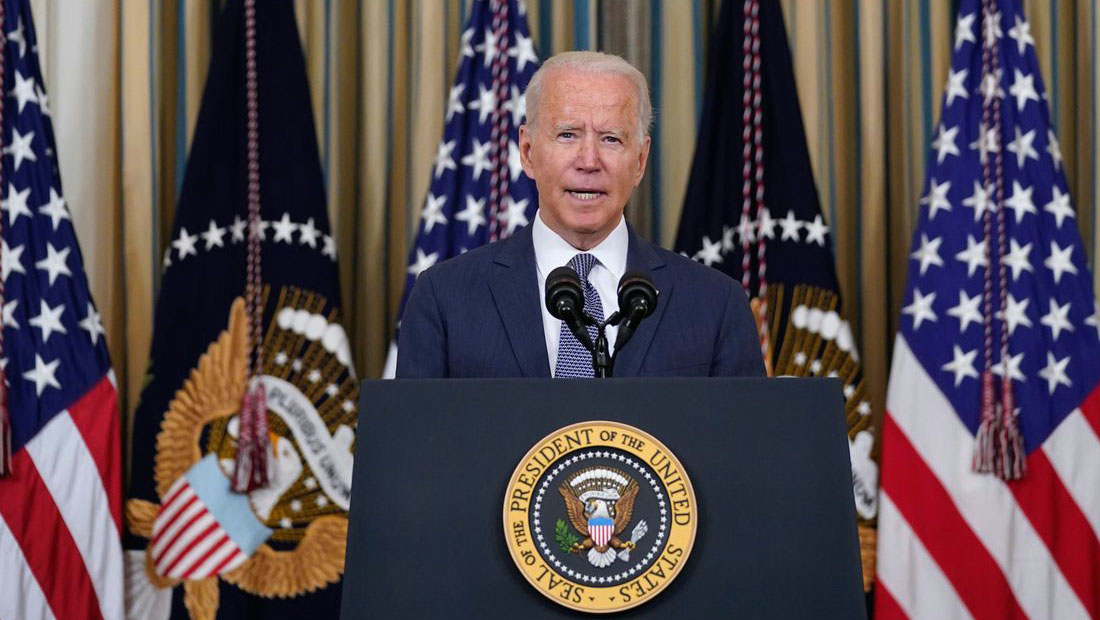 Mr. Biden’s order by itself doesn’t impose new requirements on the business community.

President Biden signed a broad executive order that aims to promote competitive markets across the U.S. economy and limit corporate dominance that the White House says puts consumers, workers and smaller companies at a disadvantage.

The order, the centerpiece of a new Democratic emphasis on restraining the nation’s most powerful companies, lays out a detailed plan to address what the Biden administration sees as trouble spots across industries, from everyday consumer concerns—hearing aids and baggage fees—to some of the most cutting-edge issues facing the government, such as first-ever antitrust regulations for internet platforms.

Mr. Biden’s effort isn’t a hard mandate but instead a road map that encourages U.S. agencies to adopt policies that push back against corporate consolidation and business practices that might stifle competition and lead to higher prices and fewer product choices.

The eventual rules and regulations that follow from the White House’s direction are likely to set up heated battles with top U.S. companies that could take years to resolve.

Among the White House’s targets are agriculture, healthcare, shipping, transportation and technology, as well as labor practices that the administration says limit wages and mobility.

The executive order also seeks to promote affordable broadband and boost consumers’ rights to repair products they own, an issue of concern to the administration because of limitations imposed by an array of companies.

“Capitalism without competition isn’t capitalism. It’s exploitation,” Mr. Biden said before signing the order. “Without healthy competition, big players can change and charge whatever they want, and treat you however they want. And for too many Americans that means accepting a bad deal for things that you can’t go without.”

In total, Mr. Biden’s plan offers a mix of new ideas, an affirmation of some initiatives already in the works, and a bid to revive some measures Democrats had proposed in the past, though often in a more piecemeal fashion.

The president’s move, months in the making, comes as Democrats have made competition policy and antitrust enforcement a key part of their agenda, arguing that the federal government hasn’t done enough to preserve healthy, competitive markets.

Republicans have agreed in some circumstances, particularly in the tech sector, but they, along with some business groups, have disputed arguments that the U.S. has extensive problems with economic concentration. They contend the Biden administration is starting from a faulty premise and risks making the U.S. economy less productive as a result.

“We are concerned about the breadth of issues contemplated in and potential implications of the Executive Order that could undermine rather than enhance U.S. competitiveness,” said Joshua Bolten, president and CEO of the Business Roundtable, an association of chief executive officers.

The order’s targeting of the technology industry jeopardizes “free services that consumers use to message and call loved ones, get directions, connect with healthcare professionals, consume online content—including news and educational content—and much more,” said TechNet, a group that represents senior industry executives.

Others in the business world stand to benefit if the Biden administration follows through on the president’s order, and small-business groups, merchants and farmers all voiced support for it.

Mr. Biden’s order by itself doesn’t impose new requirements on the business community. The success of the White House effort could depend on how hard—and how quickly—government agencies push to implement his competition policies, which are likely to face court challenges.

The Biden administration initiative follows a similar effort by the Obama White House during its last year. That effort resulted in a handful of new rules before the clock ran out on the Obama era and the Trump administration reversed some of the measures.

The new order places a diverse set of initiatives under one roof and is more explicit in pushing government agencies to take detailed steps to protect competition. It also comes at the beginning of a presidential term, giving Mr. Biden’s appointees across the executive branch more time to align their priorities and implement regulations.

A key architect of the order was Tim Wu, special assistant to the president for technology and competition policy in the White House National Economic Council. An academic before joining the White House in March, Mr. Wu wrote books and papers arguing that large American corporations hold too much market power and that numerous federal agencies could deploy their authority to help boost competition.

The White House should create a new competition council to “pressure agencies to open up closed markets while discouraging agencies from entrenching the industries that they regulate,” he said in a 2020 paper he co-wrote with other former Obama administration officials. Friday’s order creates such a council.

Work began on the order in earnest after Mr. Wu arrived at the White House in March, a senior White House official said. Mr. Wu and other staff reached out to regulatory agencies to solicit ideas about what to include in the order—and suggested some of their own, the official said.

The strategy was to draft an order reaching across industries early in the administration, allowing it to “get the ball rolling on each of these initiatives as quickly as possible,” the official said.

The executive order also touches on issues Mr. Biden has highlighted for years and on the campaign trail, including the use of noncompete clauses to limit workers’ mobility. On Friday, he called out clauses preventing workers from moving between hamburger-chain restaurants: “Come on, is there a trade secret about what’s inside that patty?”

Several pieces of the executive order could provide a springboard for plans already being formulated at some government agencies, especially the Federal Trade Commission, which shares antitrust authority with the Justice Department.

The order encourages the FTC to write first-ever rules barring certain types of allegedly anticompetitive practices including “unfair competition in major internet marketplaces,” according to the White House. Mr. Biden’s new head of the FTC, Lina Khan, has previously voiced support for such efforts. They are likely to spark a partisan battle on the five-member commission, as Democrats and Republicans disagree on the extent of the agency’s legal authority.

Taken together, the tech-related provisions foreshadow a regulatory push by the FTC to limit the market power of large technology companies—one that could seek to regulate how Amazon.com Inc. runs its e-marketplace and Apple Inc. runs its app store, as well as data collection practices by the likes of Facebook Inc. and Alphabet Inc.’s Google.

Big tech companies, which are also facing efforts in Congress to rein them in, have vigorously disputed allegations that their size and conduct are anticonsumer and anticompetitive, saying they have provided highly popular products and services at no or low costs.

Some of the congressional efforts would go further than the executive order, for instance by breaking apart large tech companies. New laws also have more staying power than executive orders that can be undone by future presidents with the stroke of a pen.

Outside of the tech space, the order asks the FTC to ban or limit noncompete agreements and unnecessary occupational licensing restrictions, and to limit employers’ ability to share wage and benefits data. The White House also wants the commission to limit manufacturers’ ability to restrict consumers from using independent repair shops or do-it-yourself solutions for fixing products ranging from cellphones to tractors.

On agriculture, the executive order elevates concerns from smaller farmers and distributors who have said they feel beholden to dominant agribusiness concerns. Mr. Biden directed the Agriculture Department to consider new rules that would make it easier for farmers to win certain types of claims under a federal law designed to preserve fair competition and trade practices in the industry.

For the transportation industry, the president is calling on the Transportation Department to issue new rules that require airlines to better disclose certain fees and to provide refunds when baggage is delayed or certain services aren’t provided. The White House’s requests for the department, however, are less ambitious than in other areas of the executive order and come as the department has faced criticism for not doing more to battle airline consolidation.

The president is encouraging the Federal Maritime Commission that regulates shipping and the Surface Transportation Board that regulates railroads to combat what the Biden administration sees as a pattern of consolidation and aggressive pricing that has made it expensive for American companies to transport goods to market.

The Association of American Railroads has denounced Mr. Biden’s initiative, with Chief Executive Ian Jefferies saying a proposal that would allow shippers served by a single railroad to request bids from competing railroads would undermine the “market-driven principle that keeps the industry viable.”

In the healthcare sector, the order calls on the Department of Health and Human Services to combat high prescription drug prices and support lower-cost generic drugs. It also directs HHS to consider issuing rules that would allow the sale of hearing aids over the counter, an issue Mr. Biden highlighted repeatedly during his remarks.

In banking, the Consumer Financial Protection Bureau is encouraged to issue new rules allowing customers to download their banking data from one bank and take it to another.