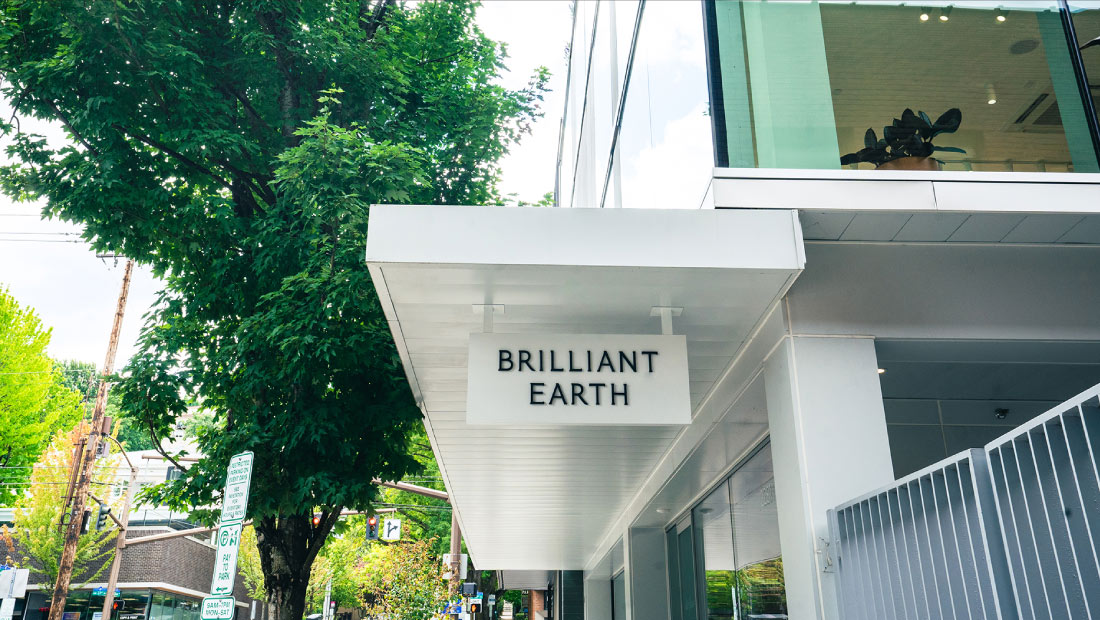 That’s significantly below the 16.7 million shares, priced between $14 to $16, the retailer previously said it expected to offer. “Obviously we can’t control market conditions,” CEO and co-founder Beth Gerstein said by phone before the opening bell. “We’re holding on to our shares because we think there’s so much tremendous long-term value.”

Topline growth is outpacing rival Signet, though, in the last two years, web traffic for Signet brands Zales and Kay topped Brilliant Earth during the holiday season, per Similarweb research.

Brilliant Earth plans to put the funds garnered from its initial trading day toward expansion, including more showrooms across the U.S. and more sales globally, Gerstein said Thursday.

The jeweler sells largely online but also runs 14 showrooms in major U.S. cities, according to its website. Last year, the company’s net sales reached $251.8 million and it swung into the black, with $21.6 million in net income from a $7.8 million loss in 2019, per the SEC filing. In the first half of this year, net sales rose 77.7% year over year to $163 million, with net income at $10.9 million, up from $0.2 million in the same period last year.

“We’re a healthy, profitable company, and we expect to grow in a really profitable way, and a sustainable way in the future as well,” Gerstein said. “So tremendous upside opportunity for us as a company and just really excited about today’s milestone.”

The brand is sticking to its core strategy of operating online, with physical locations focused on showcasing its wares rather than selling them. Its appointment-based model doesn’t allow for much spontaneity, but Gerstein described it as “highly consultative and a really personalized experience for our consumers that just really delivers a strong experience as well as really strong business results.”

Traditional wholesale strategies to sell through department stores or other third-party retailers are also unlikely, though the company will remain “opportunistic,” according to Gerstein.

“Usually when we think about partnerships it’s through other like-minded brands, where we’re able to deliver a really premium experience working close to that brand,” Gerstein said, noting the recent tie-up with Tacori. “We’re really the premium platform for the younger consumer. That was a really strong partnership, we were able to provide a more personalized experience for their customers.”

The e-retailer benefits from the increasing willingness to buy big-ticket and highly personal items like engagement rings and other jewelry online, and from consumers’ rising concerns about ethics and sustainability. But it also faces more competition as industry stalwarts move into those areas. Demand for more sustainable and humane practices in diamond sourcing has pushed category leader Tiffany to overhaul its own sourcing and transparency, for example.

“It’s why we were founded, we were really founded to create a more transparent, responsible, sustainable jewelry industry so very core to the company and the overall DNA,” Gerstein said. “We really have strict standards, we work very closely with our vendors … I think it’s always a work in progress and just something that we’re constantly getting better and better at. And I think that should be the mindset really, all of these companies is how can we improve, protect our planet.”