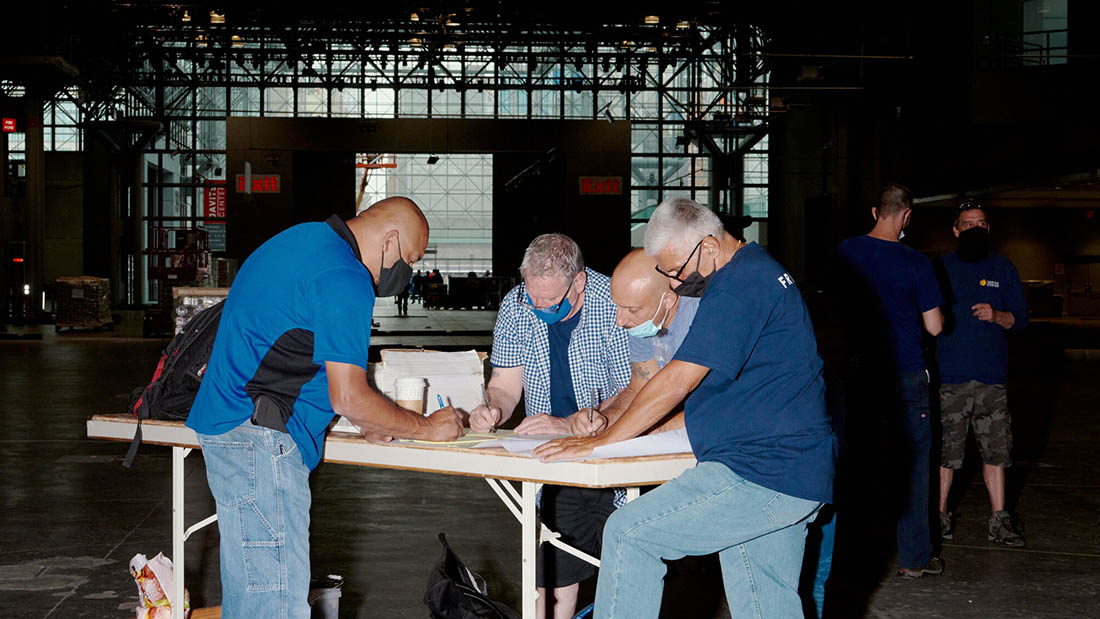 Business travel has started again but in fits and starts. Hotels and airlines have reported a rise in bookings for travel in the US.

Business travel has started again but in fits and starts. Hotels and airlines have reported a rise in bookings for travel in the United States in the last couple of months. The expanded Javits Convention Center, New York City’s main convention hall, reopened on Sunday and had a number of big events on its schedule for the rest of the year, including the New York International Auto Show. Then last week, as Covid-19 cases rose, the auto show’s organizers canceled it, though the center said it was keeping other events on its books. San Diego’s convention center, which reopened last week, is still expecting a series of shows this fall. (On the calendar for Thanksgiving weekend: a “special edition” of Comic-Con.) But the spread of the Delta variant of the coronavirus is throwing a new wrench into businesses’ plans, and the question is whether the spike in cases will be brief or more long-lived. Travel experts said they remained optimistic that business travel will pick up substantially later this year and early in 2022.

Or as Christopher J. Nassetta, the president and chief executive of Hilton, put it on an earnings call last month, “People have to meet.” Leisure travel has come roaring back this summer. But the airline and hotel industries long depended on business travel for a substantial portion of their revenues because those customers, who often made their plans at the last minute, could be counted on to pay more for seats and rooms. Now that the pandemic has upended the notion that travel is necessary to do business, the question is how much it will resume, even when Covid is brought under control. Even the experts who were most optimistic about the prospects for business travel a month or so ago have begun to temper their forecasts. The quick-change was captured by a survey of 1,200 American travelers that Destination Analysts, a market research firm in San Francisco, conducted from July 21 to 23. Among business travelers, it found, nearly 25 percent expected the “coronavirus situation” to worsen in the next month, a jump from under 14 percent two weeks earlier. Conventiongoers’ personal health concerns also rose, while their confidence in their ability to travel safely fell.

The U.S. Travel Association said in late July that it continued to forecast “a modest return of business travel over the coming months, so the increase in cases has not materially affected our view.” It said it now expected that business travel would “only achieve 50 percent of 2019 levels in the fourth quarter of 2021.” Scott Graf, global president of BCD Meetings & Events, said that in light of the spread of the Delta variant, “we’ll likely see some cancellations or certainly meetings being pushed out by weeks or months.” “I may be optimistic,” he added, “but it is my hope that vaccination progress will increase dramatically over the next 60 to 90 days and that the fourth quarter and early 2022 will still be quite strong.” Mr. Graf is among the few who believe that hybrid professional events, involving both in-person and virtual attendance, will disappear over the long run. Hybrid events “are not that efficient,” he said. “They’re more expensive and complex than if they’re just virtual or just face to face. And people have virtual fatigue.”

Peter Caputo, Deloitte’s U.S. hospitality sector leader, agreed that networking “is often invaluable” and difficult to replace by virtual means. But certain types of events, such as educational programming, can be successful online, he said. Business travel started to return this summer. Delta Air Lines was “beginning to see a return of consulting and sales-related travel and higher volumes in traditionally business-heavy markets like New York City and Boston,” the carrier’s president, Glen Hauenstein, said in mid-July. Both American and United Airlines also reported an uptick in business travel and said they expected it to continue to rise later this year. “The majority of our corporate accounts have shared their expectation for travel to pick up moving into the fall, and we expect a full business travel recovery in 2022,” Rachel Warner, a spokeswoman for American, said last week. After a rush of leisure travelers this summer, hotels said they were also starting to get more bookings for business travel for the fall. Before the pandemic, 20 percent of Hilton’s revenue was generated by groups and events of all types, including social events, and about 55 percent by individual business travelers, said Frank Passanante, senior vice president of Hilton Worldwide Sales, the Americas.

Mr. Passanante said he expected the “large-scale conference” business to continue to improve in the second half of 2021. “There is no replacement for live meetings,” he said. “Face-to-face will come back.” On Hilton’s recent earnings call, Mr. Nassetta said he anticipated that business travel would return as “we get closer to next year and into next year.” He added: “There’s going to be a gargantuan amount of demand, and we can be a bit patient, I think, given what’s going on.” Before the pandemic, 35 to 40 percent of Hyatt’s revenues were generated by meetings and events and the rest by individual leisure and business travelers, said Asad Ahmed, senior vice president of commercial services for the Americas. While leisure travel is currently the main source of Hyatt’s revenue, Mr. Ahmed said, he also believes that pent-up demand for meetings and events is immense, adding that Hyatt is seeing “strong demand” for in-person and hybrid events for the remainder of 2021 and 2022. Among the most optimistic about prospects for professional meetings, conventions, and events in the United States was Meeting Professionals International, a trade group.

“Recognizing that the Delta variant may impact near-term demand,” the group said in a statement that it “remains optimistic about the return of meetings and events.” Large, in-person conferences originally scheduled for 2020 and the first half of 2021 have “mostly” been pushed to 2022, said Paul Van Deventer, president, and chief executive of the group. But the biggest challenge across the industry, he said, is staffing. Hotels are “struggling to bring staff back on board” after laying off or furloughing workers at the beginning of the pandemic, he said. Marriott’s chief executive, Anthony Capuano, agreed that staffing was a major issue. “Labor may very well be the most significant challenge we all face,” he told a hotel industry meeting in late July. Marriott declined to further comment. U.S. convention centers in major urban destinations are definitely seeing an increase in bookings. The Javits Convention Center, which is run by the New York Convention Center Operating Corporation, has booked a number of major events for the rest of the year, including the NY Now gift show, the Fancy Food Show, and LightFair. A $1.5 billion expansion has added 1.2 million square feet.

“There continues to be a great demand for in-person meetings and events throughout the country,” Alan Steel, the president, and chief executive of the corporation, said last week. “Our first major event since the pandemic, NY Now, is scheduled to open on Sunday, and we are working closely with event organizers to host a series of upcoming events in the fall.” Events scheduled at the San Diego Convention Center include conventions for orthopedic and vascular surgeons, anesthesiologists, mortgage bankers, and Realtors, plus home and art shows for the public. So far, “we have not had any cancellations,” a spokeswoman for the center, Maren Dougherty, said. Clifford Rippetoe, the president, and chief executive of the San Diego Convention Center Corporation, said he expected attendance at events this year to be 40 to 50 percent of prepandemic levels, and next year to be 70 percent. “Attendance is the biggest question mark at the moment,” he said. “We expect events with more U.S.-based membership and participation to be closer to previous years than those with a more international audience.”

Jan Freitag, national director for hospitality market analytics at CoStar, said he expected the U.S. lodging industry to recover first among leisure travelers, then among individual business travelers, and last among corporate groups. These warnings notwithstanding, Chris Capossela, chief marketing officer of Microsoft, said he still believed in “a role for thousands of people to come together physically.” He noted that hybrid meetings could reach “hundreds of thousands of people quite cheaply” — Microsoft has developed digital tools to conduct virtual meetings, and its employees have largely been working remotely since March 2020 — but added: “I think humans want to be together.”