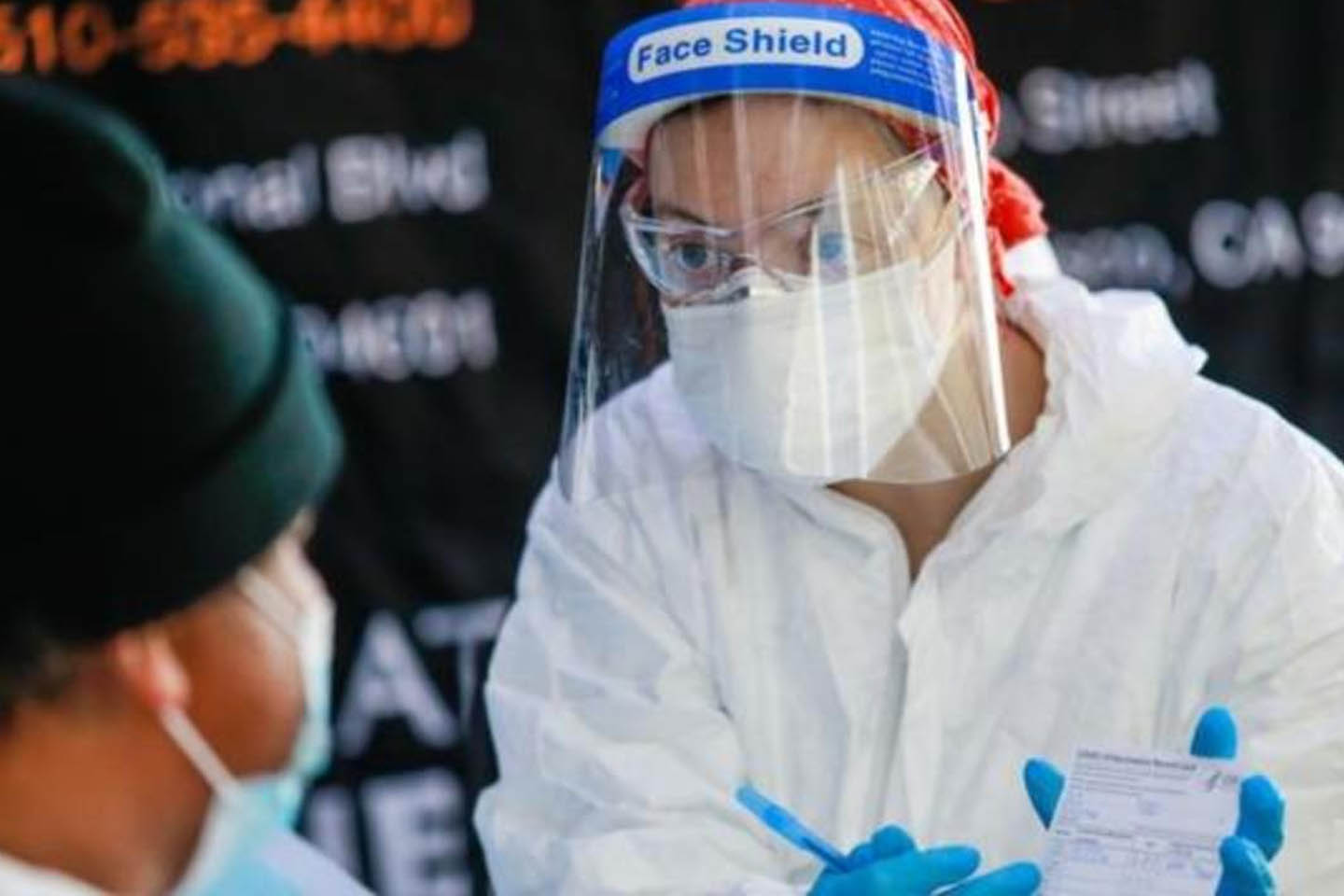 The second-highest increase in infections is in the 10 to 19 age group, which saw cases rise 227%.

As federal officials warn of a potential fourth wave of COVID-19 infections, Michigan has emerged as one of the most pressing hotspots, with average daily infections now five times what they were six weeks ago.

New data from the Michigan Department of Health and Human Services shows this dramatic surge is due in large part to cases spiking among children and teenagers.

According to state data, since February 19, average daily new COVID-19 cases among children under 10 jumped 230%, more than any other age group. The second-highest increase in infections is in the 10 to 19 age group, which saw cases rise 227%. The trends in these groups exceed that of the state as a whole.

The rise in cases among kids has been evident elsewhere across the country. In Minnesota, people under age 20 made up nearly a quarter of reported cases in March, up from less than 15% at the end of February. Similar trends have been seen in other states as well, including Illinois and Massachusetts. According to the most recent data from the American Academy of Pediatrics, more than 64,000 new cases in children were reported nationwide between March 18 and March 25, the highest weekly total in a month.

According to physicians and infectious disease experts in Michigan, much of the rise in pediatric cases can be linked to the reopening of schools and youth sports. State data show more than 40% of new outbreaks (defined as two or more cases linked by place and time) have come from either K-12 schools or youth programs. But Dr. Natasha Bagdasarian, a senior public health physician at the Michigan Department of Health and Human Services, says social gatherings after youth sporting events are also contributing to the spread.

“If everyone is removing their masks and going out to dinner to celebrate a big win, then all of those precautions go out the door,” she said. “So really, this seems to have driven this surge.”

The state allowed schools to resume contact sports on February 8, but testing wasn’t mandatory for every sport. More than a month later, it tweaked that policy to mandate testing for every sport, regardless of whether it’s contact or non-contact, a change that will take effect Friday. Bagdasarian says that like other mitigation measures, this change has received pushback.

While children generally are at less risk for severe cases of COVID-19, some have suffered serious illness. Some children go on to develop a condition called multisystem inflammatory syndrome in children (MIS-C) after infection, a rare condition that may affect the heart, lungs, kidneys, brain, skin, eyes or gastrointestinal organs. As of March 1, more than 2,600 cases had been reported nationwide, with 33 deaths.

Doctors in Michigan are concerned that the current spike in COVID infections will lead to a rise in this syndrome in the weeks and months ahead. Bagdasarian says anecdotally, that’s already happening.

Beaumont Health, Michigan’s largest health care system, says it has received an uptick in MIS-C cases. Dr. Bishara Freij, chief of Pediatric Infectious Disease at Beaumont Royal Oak, says his hospital has had three MIS-C cases in the ICU last month, and eight total this calendar year. He said MIS-C cases normally lag infections by 2 to 6 weeks from their peak, fueling concerns that more are on the way.

One of the three MIS-C patients at Beaumont Royal Oak in March was 4-year-old Juliana Elkhoury, who was in the ICU for six days. Her parents said they had little to no information about MIS-C before their child was admitted to the emergency room, adding that early symptoms looked like a normal head cold, until they escalated including a persistent rash.

“It was a really scary experience,” said Juliana’s mother, Michelle, fighting back tears. “It was a hard thing to go through with your kid that you just want to always protect and not see them in the ICU with tubes hooked up everywhere and going through this.” Both parents urged others to rethink whether a social activity is essential and worth the risk.

In recent days, federal health officials have been adamant that while the end of the pandemic may be near, now is not the time to loosen restrictions, specifically mask mandates. The recent rise in infections led to an impassioned plea earlier this week from CDC Director Dr. Rochelle Walensky, who warned of a sense of “impending doom.”

“We do not have the luxury of inaction,” she said.

While officials are concerned about the rise in pediatric cases and their contribution to community spread, research on COVID-19 vaccines for kids is making progress. Preliminary data from Pfizer, showing its vaccine is fully effective in kids ages 12 to 15 is a significant sign of hope. All three of the vaccines approved in the U.S. have trials underway in children, with the expectation that vaccinations in some age groups could begin before the fall school year. Bagdasarian says it’s imperative that vaccines become available as soon as possible.

“Getting a vaccine for that pediatric age group is our best chance towards reaching herd immunity,” she said.

Freij noted that in the meantime, it’s important that adults overcome any hesitancy and decide to get the shot.

“Our health is all tied together. We stand together and fall together,” he said. “And I think people should maybe loosen up on some strongly held beliefs and perhaps try and help those around them.”