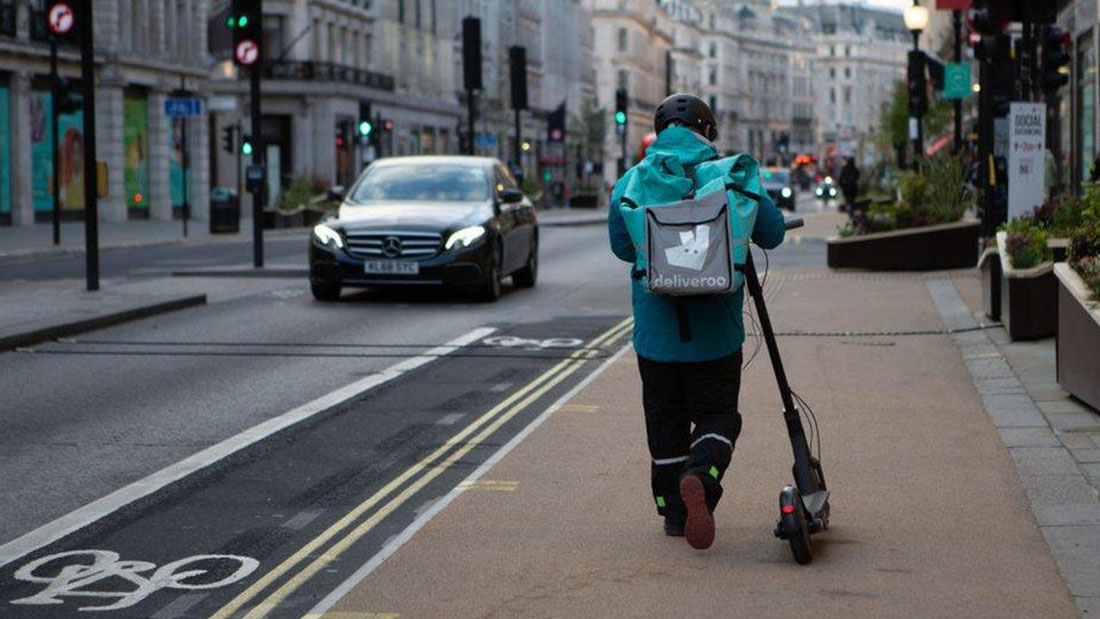 Online food delivery firm Delivery Hero has taken a 5% stake worth £284m in its UK rival Deliveroo. Deliveroo shares jumped 11% to 360p on Monday following the news, it’s highest since the firm went public in March at 390p a share. Delivery Hero’s boss Niklas Oestberg said on Twitter that “in no scenario would this be a bad investment long term”. He added that he had known Deliveroo’s co-founder Will Shu for many years. “I’m holding a huge respect for what he and his team have built,” said Mr. Oestberg. The chief executive of the German company added that the stake in Deliveroo was acquired “at [a] decent gross profit margin”. Delivery Hero, he said, considered Deliveroo’s stock to be “undervalued”, due to being “oversold at IPO”. Online food delivery platforms have seen a jump in popularity due to coronavirus lockdowns, but despite rising sales, neither Delivery Hero nor Deliveroo is yet to make a profit.

Delivery Hero is in about 50 countries worldwide, owning minority stakes in multiple businesses including popular European brand Just Eat Takeaway.com; Latin American app Rappi; the Middle East’s largest platform Talabat in the UAE; Spanish food and on-demand courier service Glovo; and Southeast Asia’s largest food delivery app Foodpandal. The Berlin-based firm previously operated in the UK when it owned Hungryhouse, which was sold to Just Eat in 2016. In many countries the app-based company offers quick commerce, using its riders to deliver groceries, pharmaceutical products, and electronics alongside restaurant food. Shares in Delivery Hero dropped 1.3% on Germany’s DAX index on Monday following the announcement of its stake in Deliveroo. Delivery Hero informed its UK rival of its intended purchase after markets closed on 6 August.