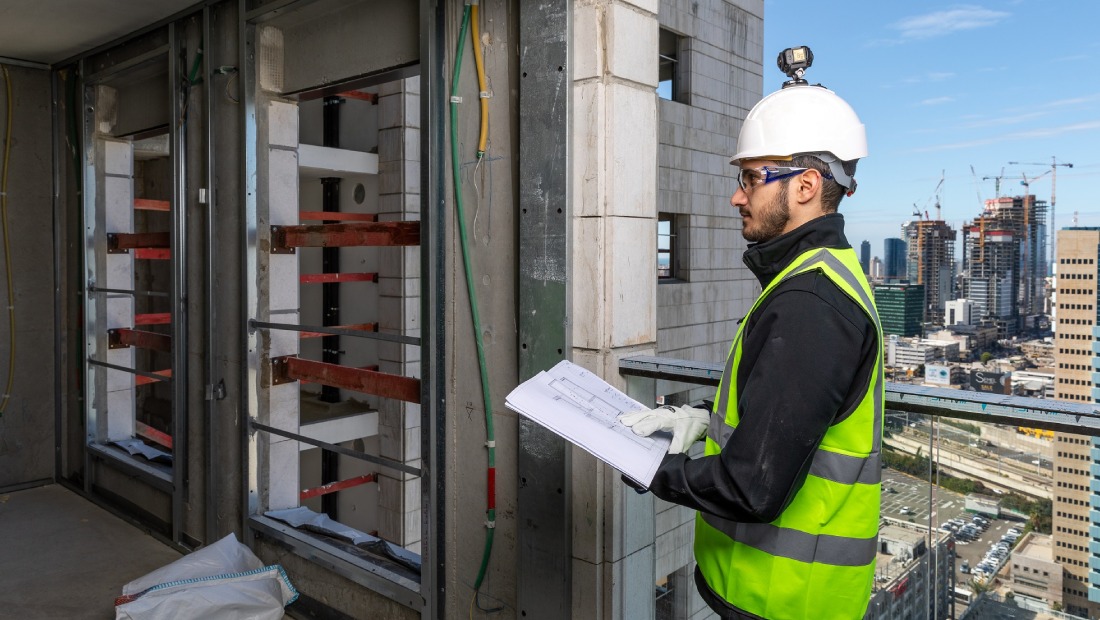 Founded out of London in 2015, Disperse effectively creates a digital version of an entire construction site, including visual snapshots that track the progress of work to help all stakeholders – regardless of where they’re based – keep up with things. For this, Disperse sends someone around a site at regular intervals with a standard 360° camera, and the resulting imagery is fed directly into the Disperse platform which processes the visuals and applies computer vision techniques to figure out what’s happening.

For example, this can help to show the state of a project at a given moment in time, and solve disputes should they arise in terms of determining whether a job was completed as it should’ve been. It also automatically spotlights potential problems or bottlenecks while they can still be resolved.

More broadly, Disperse combines drawings, plans, construction schedules, and all the elements that go into a construction project to help those at the helm keep on top of everything digitally, reduce risk and ensure everyone is on the same page.

While the trillion-dollar construction industry often gets a bad rap for its inefficiency, Disperse founder and CEO Felix Neufeld said that this has nothing to do with attitudes, more that it’s a case of insufficient access to digital technology that can really shift the needle.

“I actually consider this perception or construction as ‘laggards’ to be a misconception,” Neufeld explained to TechCrunch. “Having worked for years on projects and with companies in both Europe and the U.S., we can emphatically say that there is no attitude problem – but there is a severe technology problem. A lot of construction companies and teams are willing to give new solutions a shot despite false promises from technology companies, and have ended up with more of a burden from using technology than a value add.”

Indeed, Neufeld pointed to a swathe of technologies spanning workflow, robotics, and BIM (building information modeling) tools as examples where companies invest in the next hot thing, but which ultimately go nowhere.

“We see most technology on sites quickly become either fully abandoned, or become ‘zombie software,’ which is to say that the initiatives are technically still active but are solely kept alive for perception, or contractual obligations, without fulfilling their functional purpose,” Neufeld said.

Other notable players in the space include San Francisco-based OpenSpace, which recently raised $102 million in funding, and Israel’s Buildots, which closed $60 million in financing. So it’s clear that investors are still keen on backing the next big construction industry movers and shakers.

“I would say that the pandemic’s challenges partly contributed to driving investment in this space, but also the productivity problem is still a massive elephant in the room in one of the largest industries in the world,” Neufeld continued. “Construction accounts for about 12% of total GDP, and it impacts almost every other industry that relies on it, but construction productivity has completely stagnated over the past 40 or so years. It’s a massive problem to solve, and not an easy one.”

Since its previous $15 million fundraising back in 2019, much has changed at Disperse. Previously, the company was chiefly focused on London, with big-name customers including construction giants Mace and Multiplex, though it had just launched into New York City at that juncture. In the intervening years, Disperse has been expanding across both markets, with projects currently ongoing in the Midlands and the North in the U.K., as well as across the water in Ireland. Stateside, meanwhile, Disperse has expanded its work in New York and also now has projects in Washington, DC, and Florida, with customers including Gilbane.

“So far, the bulk of our business is still in the U.K. where we are working with a large share of the key contractors and developers, but given the momentum we have in the U.S. and the size of the market, the U.S. will likely surpass the U.K. next year,” Neufeld added.

From a product perspective, Disperse has also broadened its horizons beyond residential and commercial projects, and now covers all manner of building types.

“Essentially, if it’s a building, our system can handle it,” Neufeld said. “For example, we are now servicing a number of projects in healthcare, education, retail, and manufacturing.”

With another $16 million in the bank, Neufeld also teased a major new product it has in the works, though he was coy about the specifics.

“We can’t announce anything explicitly just yet, but we have deeply focused our product and engineering efforts for the past year or two on enabling proactive decision-making on construction sites, and the initial soft launch has gone well,” he said.