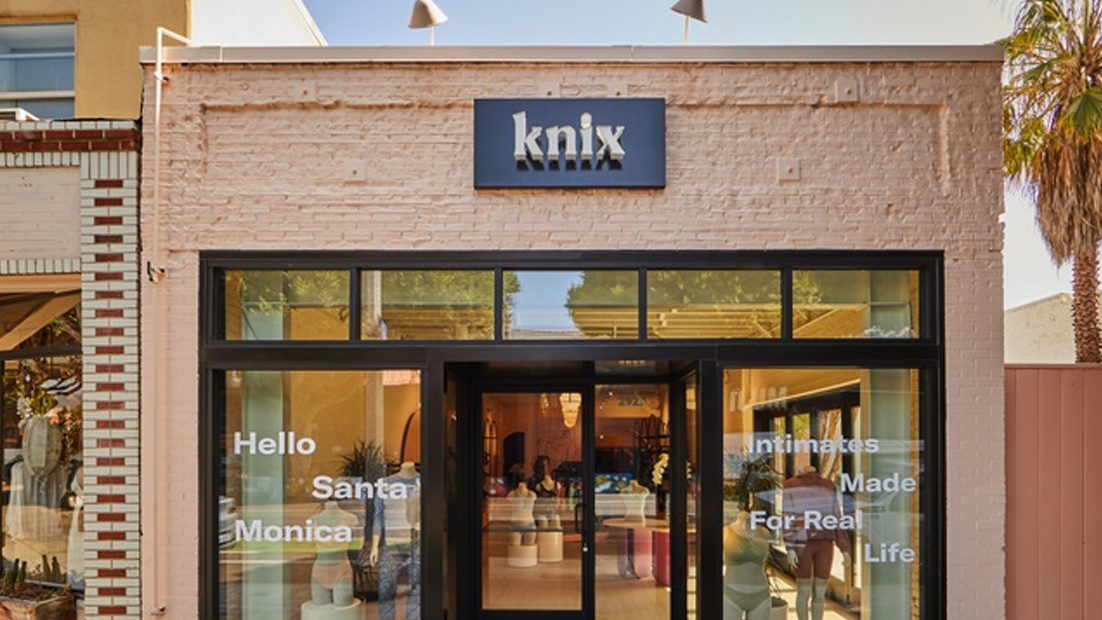 With the temporary store closures of last year in the rearview mirror, DTC intimates brand Knix is betting on physical retail with the opening of its first brick-and-mortar stores in the U.S., according to details emailed to Retail Dive. (The brand has two stores in Canada, the first of which opened in 2019).

The company’s first U.S. store will open in Santa Monica, California, on Saturday, with San Francisco and San Diego stores set to follow later this fall. California was chosen for the brand’s first three stores in the country because Knix’s digital business is particularly strong there.

The brand’s physical strategy is to open stores in “high penetration geographies” that complement digital. Knix will start with an emphasis on the West Coast before expanding across the U.S.

Knix is in growth mode. The DTC intimates brand, which operates two Canadian stores in Toronto and Vancouver, is back on track with the physical retail plans it put on hold during the pandemic.

In May last year, CEO and founder Joanna Griffiths told Retail Dive the company had initially expected to open five stores in 2020. Instead, the pandemic hit. Griffiths called it a “blessing in disguise” that Knix hadn’t signed the leases on those new locations yet. Others in the DTC space weren’t so lucky. Glossier had to shutter its physical stores last year and lay off its store employees because of the pandemic. Like Knix, the DTC beauty brand is now opening stores again.

For 2021, Knix is jumping back into the game with plans for four store openings, three in California and one in Ottowa, Canada, to expand its fleet there. The Ottowa store will open by the end of the year, but the other three are planned for this fall. The Santa Monica store, which opens first, will be a 2,500-square-foot space, with an equal amount of outdoor space to host events and use for community building.

In addition to plans for community events, the DTC brand is also tying the stores to larger Los Angeles culture through local artist D’Ara Nazaryan, who commissioned custom murals for all of Knix’s locations.

Knix doesn’t have the standard DTC story. Founded in 2013 as a leakproof underwear brand, Griffiths pivoted the business into new categories when the public wasn’t quite “ready” for that product yet. Now, leakproof underwear is much more well known, thanks to startups like Knix and Thinx that have grown in popularity over the years. Knix also began as a wholesale business and was in several hundreds of stores in North America when Griffiths shut down the brand’s wholesale business and pivoted to DTC.

“In the fall of 2016, I pulled out of every single one of them to transition to be online only,” Griffiths told Retail Dive last year. “I cut most of our revenue in the process, but it ended up being the right decision.”

Knix grew 3,000% in three years after making the shift. Now, as DTC brands pursue scale, physical retail is increasingly becoming a meaningful part of their strategy.