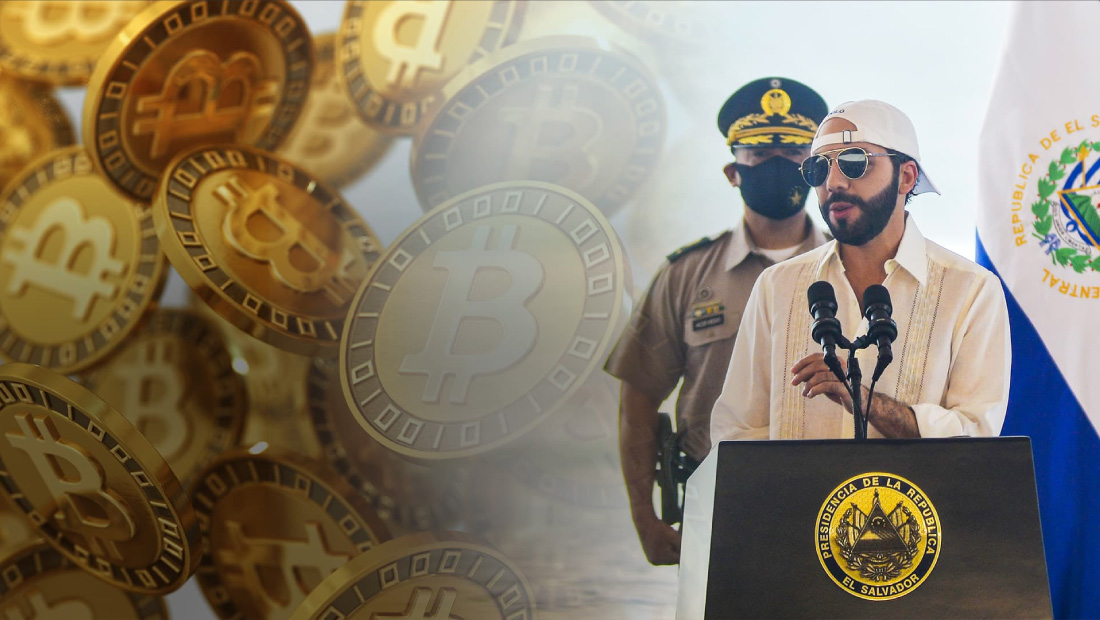 In 2020, El Salvador received nearly $6 billion in remittances, which accounted for about 23% of its gross domestic product.

“In this day and age, it is wild that I had to go to a physical Western Union office, give them actual cash, and then hand them another $25 on top of that before they would send my money over,” García said.

“And then, of course, it takes three days for it to actually arrive in El Salvador.”

García, who lives in the Canadian province of Saskatchewan, fled El Salvador when he was 11 after rebels bombed his house. His biggest issue with wiring cash abroad is less the inconvenience on his end and more about what happens to his loved ones receiving the money.

“They have to take a bus to go to a physical location to pick it up, and there are gangs that hang out around those offices. They know what people are going there for, and they basically rob them,” said García, who leads a team of researchers at SGI Canada Insurance.

Since he last sent money home, García told CNBC, he now has the option to make an online payment via the Western Union app, but he still faces steep fees – 12.5% for a $100 transfer – and it doesn’t solve the problem of what happens to those picking up the cash in El Salvador.

García isn’t alone in his frustrations with the legacy payment rails that have long dominated the business of cross-border payments.

Many in the 2.5 million Salvadoran diaspora send money to friends and family still living in El Salvador. Last year, they collectively transferred nearly $6 billion, or roughly 23% of the country’s gross domestic product, and a chunk of that went to the middlemen facilitating these international transfers.

“Remittances are one area where the status quo in our legacy financial system is terrible, with extraordinarily high fees leveled at populations that can ill afford them,” said Matt Hougan, a chief investment officer of Bitwise Asset Management.

“It’s a worn-out Twitter saying, but bitcoin really does fix this,” said Hougan.

The hassle around remittances is one chief reason El Salvador President Nayib Bukele cited for declaring bitcoin legal tender. As part of the rollout, the government has launched its own national virtual wallet — called “Chivo,” or Salvadoran slang for “cool” — which offers no-fee transactions and allows for quick cross-border payments.

“It won’t be overnight; 100% of remittances aren’t going to move to the Chivo app tomorrow. These things take time, and people naturally worry about trying new things with money. But the current fee levels of charge for remittances are going to prove unsustainable,” Hougan said.

Bukele is young, tech-savvy, and a budding authoritarian. He has also tethered his political fate to the country’s bitcoin experiment, so he is pulling out all the stops to make it work.

One of those perks is offering $30 worth of free bitcoin to every Salvadoran inside the country who signs up for the Chivo wallet. That’s no small sum in a country where the monthly minimum wage is $365.

Remittances from abroad comprise nearly a quarter of El Salvador’s GDP, and around 70% of the population receives them. The average monthly remittance transfer is $195, and for the households that receive remittances, it makes up 50% of their total income. So the funneling of cash from abroad back home to El Salvador is critical to survival for most of the country.

Around 60% of that cash comes via remittance companies and 38% through banking institutions, according to official data. Fees vary by company, but typically, the smaller the payment, the higher the percentage that goes to fees.

For instance, if García wants to send $10 to his cousin in San Salvador, he will pay $3.24, or a nearly 33% commission to Western Union.

If he uses his Muun self-custodial wallet for the transaction, however, he will pay 10 cents, or a 1% fee. And if García were to pay from a Chivo wallet, which is reserved for Salvadoran nationals living at home or abroad, the transaction would be free. Once his cousin receives the funds, he can then go to any of the 200 new Chivo ATMs the government has rolled out and withdraw U.S. dollars from his virtual wallet.

“Wherever you are now, you can send bitcoin to anyone with a Chivo wallet in El Salvador, and in minutes, they have the value, and then they can go to one of the ATMs and take it out in cash without a fee,” said Alex Gladstein, chief strategy officer for the Human Rights Foundation.

The president estimates that money service providers like Western Union and MoneyGram will lose $400 million a year in commissions for remittances should the population adopt bitcoin at scale. Mario Gomez Lozada, who was born and raised in El Salvador, worked as a banker with Merrill Lynch and Credit Suisse and now runs a derivates exchange for crypto assets, thinks the figure will be closer to $1 billion.

Western Union did not reply to a CNBC request for comment about whether the company was worried about how this might affect business and if there was any plan to alter the fee structure to adjust for increased competition.

García says he’s no Bukele booster, but he is a fan of the project, in large part because of the remittance use case.

García hadn’t thought twice about cryptocurrencies before the June announcement. “But my birth country decided to get into bitcoin, so I wanted to learn all about how it works,” said García.

He has spent the last three months teaching himself about the topic and has become a bitcoin investor himself, holding some of his digital coins in cold storage on a Trezor hardware wallet. After digging in and experimenting with friends and family, García said he feels one of the most powerful features of the Chivo wallet is the fact that users can operate in either U.S. dollars or bitcoin.

For a country where 70% of citizens do not have access to traditional financial services, Chivo not only offers a convenient on ramp for those who have never been a part of the banking system, but it also helps them test the waters by only dealing in U.S. dollars, to start.

“It will be interesting to see the impact on remittances in a few months and see what percentage of it uses the bitcoin network rails,” said Lozada. “My guess is most people initially will cash bitcoin into U.S. dollars, as this is what they are used to, but we should see a gradual adoption of bitcoin as the main means of transaction and pricing. I see a future where consumer items like milk and bread are priced in bitcoin directly and people might even start holding bitcoin.”