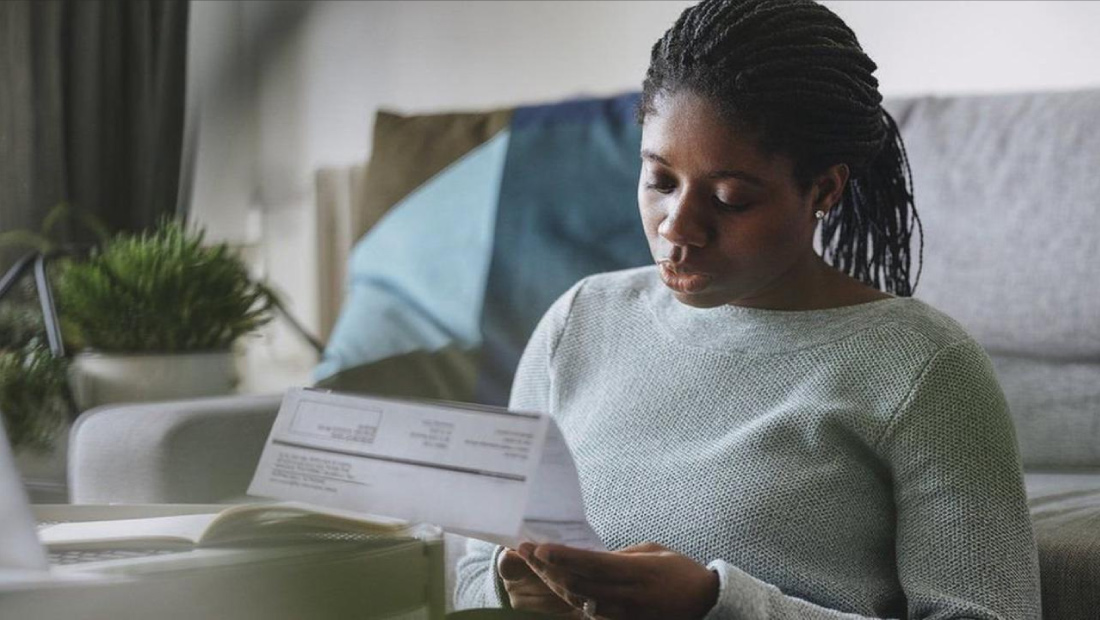 Avro Energy and Green ceased trading on Wednesday and their 830,000 combined customers face being switched to a new, potentially more expensive, provider.

Green’s boss, Peter McGirr, told the BBC he had done nothing wrong and said bigger firms would soon face problems.

However, the government has cooled on the idea of loans to the industry, says BBC business editor Simon Jack.

Mr. McGirr predicted: “You will see larger suppliers feeling the pain as well and they will come cap in hand for a bailout.”

He criticized the government for supporting US fertilizer firm CF Industries to restart its fertilizer factory, which produced carbon dioxide used in the food industry as a by-product while allowing energy firms to fail.

Its closure had raised fears over food supplies and the nuclear industry.

“Why do they need a bailout and we don’t?” he asked.

He apologized to staff and customers, but said: “I don’t think we did anything wrong as a supplier.”

Small business minister Paul Scully told the BBC that the government had not treated CF Industries and Green in the same way because there were “different solutions to different problems”.

He said there was “a mature system” in place to deal with the collapse of energy firms, “protecting customers both in the continuity of supply and prices.”

Mr. McGirr’s comments came amid signs of a change of direction in government policy on the energy crisis.

The BBC’s Simon Jack says that while the government had been talking of state-backed loans for larger energy firms, that idea is now “very much on the back burner” and it intends to “tough this one out”.

The BBC has been told that ministers believe the current system for managing the failure of energy companies, which allows companies to recoup losses through an industry-wide levy, is working satisfactorily, even though it will add costs to millions of customers’ bills.

Our business editor says ministers do accept that the existing system of reallocating customers would not work if one of the bigger challenger firms went bust.

In that case, the government has the power to appoint a special administrator, in what would be a quasi-temporary nationalization.

Business Secretary Kwasi Kwarteng is having daily calls with the chief executive of Ofgem to monitor which firm might be next, a government spokesperson said.

It is not yet clear which supplier will take on the 580,000 customers from Avro Energy, the biggest firm to fail so far. Regulator Ofgem has also not yet appointed a new provider for Green customers either.

All affected customers will still receive energy while a new supplier is appointed by Ofgem.

Neil Lawrence, director of retail at Ofgem, said its “number one priority is to protect customers”.

The regulator’s price cap, which covers 15 million households across England, Wales, and Scotland, protects customers on some tariffs by limiting how much firms can charge per unit of gas.

But providers have complained that they are unable to pass on rising costs to customers because of the cap on energy bills.

The plight of Avro customers is a good illustration of what may befall hundreds of thousands of people in the coming weeks.

An Avro customer in a household using a typical amount of gas and electricity, who got a fixed rate deal in August, would have been paying £1,087 a year, according to price comparison site Uswitch. In March, they could have got a deal costing £920 a year.

Now Avro has collapsed, they are likely to be paying £1,277 a year at their new supplier from 1 October, in line with Ofgem’s price cap.

The price cap does not mean it is impossible to pay more than £1,277 a year. It is a cap on the price, not the final bill.

That figure is an illustration of the cap’s effect on a gas and electricity customer’s annual bill, assuming they have an average level of energy consumption. So, a household with heavy energy use will have a higher annual bill.

Price comparison site Uswitch has acknowledged there is currently no point in energy customers shopping around.

Justina Miltienyte, the site’s energy policy expert, said: “Rising wholesale costs are putting a big strain on suppliers, which has had a knock-on effect on the value of the deals available in the market.

“What we’re able to offer is constantly changing and will vary by customer.

“If you are coming to the end of your fixed deal, our advice is to hold tight, stay put, and be rolled over onto your supplier’s standard variable rate. Your supplier may try to offer you a new fixed deal, but this is unlikely to be the best option right now.

“However, people can leave their contact details so we could contact them once the situation improves. They can still head to Uswitch.com to compare deals across the whole of the energy market.”

One Green customer, 52-year-old Sara Pilgrim of North Lincolnshire, switched to the firm just a week ago.

“My contract switched on the 16 September. I went from E.On. I was with Npower, who transferred to E.On,” she told the BBC.

“When my contract was due to renew a couple of weeks ago, E.On had really hiked their prices up.

“I went around and looked at different companies. Green wasn’t the lowest, but I decided to go with them.

“How can they have been allowed to take on new contracts that close to them going bust? They must have known something was going on six days ago.

Since wholesale gas prices have started to spike, several firms have collapsed.

These smaller companies, including Avro Energy and Green Supplier Limited, account for more than 5% of the UK energy market – about 1.5 million customers.

Other small companies could fold in the coming days and weeks.

Igloo, for example, has said it is working with restructuring consultants Alvarez & Marsal, although it told the BBC it had not appointed administrators. Bulb, the UK’s sixth-largest energy company with 1.7 million customers, is also seeking additional financing.

Dame Clare Moriarty, chief executive of Citizens Advice, told the BBC there had been a big increase in people seeking their help.

“We’re seeing people come to us because they’re seeing family finances being really squeezed,” she added.

Smaller providers launched in recent years have been overwhelmed by a spike in the cost of wholesale gas prices as economies have reopened from lockdowns and high demand from Asia pushed down supplies to Europe.

Gas prices are rising all across Europe, but Britain has also been affected by lower winds than usual – denting renewable energy supplies – as well as a recent fire at a National Grid site in Kent.

In the UK, firms had already been hit by a jump in costs even before the recent spike. From more than 70 suppliers in 2018, there are just over 30 now.

Industry sources fear there may be as few as 10 suppliers left by the end of the year.