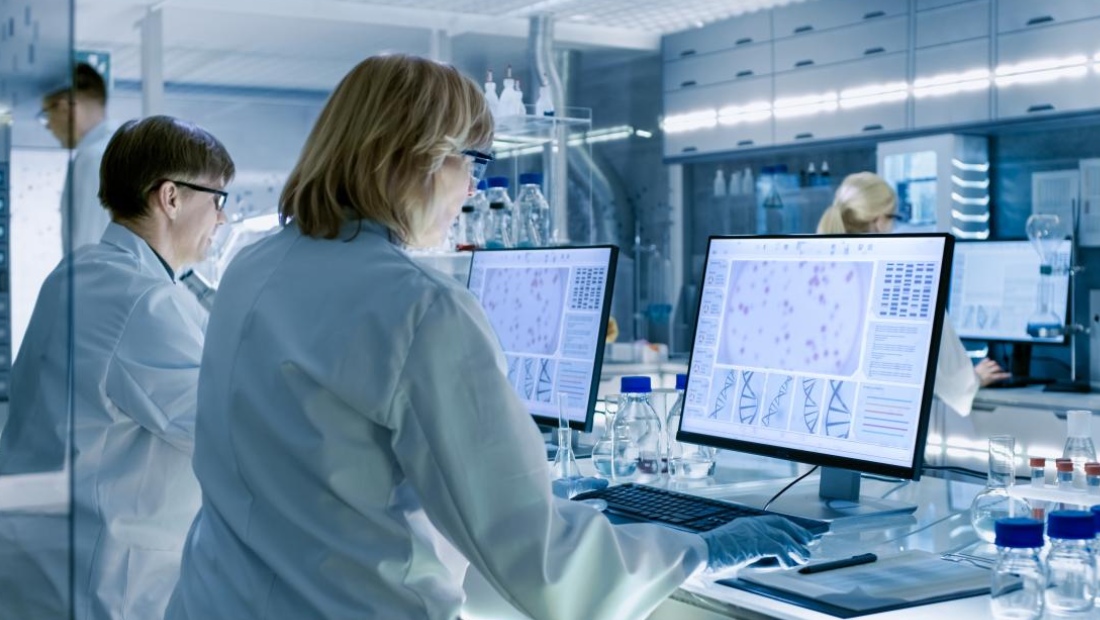 General Electric Co. made a momentous announcement last week when it said that GE Research in Niskayuna, which employs 1,200 scientists, technicians and engineers, would be playing a major role.

General Electric Co. made a momentous announcement last week when it said that GE Research in Niskayuna, which employs 1,200 scientists, technicians and engineers, would be playing a major role in the future at GE, even as the industrial giant splits itself into three separate public companies.

Ever since GE CEO Larry Culp Jr. announced last November his plan to spin off GE’s power, aerospace and health care divisions, there has been anxiety and questions over whether or not one of the most important employers in the Capital Region would even survive the break-up.

Such a loss would have been inconceivable due to the historical significance that GE’s lab has played in creating some of the world’s most important technological advances.

According to the Edison Tech Center, a Schenectady non-profit that celebrates GE’s innovation, inventions and improvements on other technologies that were developed right here at GE’s labs include the modern gas turbine, which is still one of the major products that GE sells for use in power plants.

Advanced vacuum tubes and the main component used in microwave ovens were developed here by GE, and so was the semiconductor laser, although like with most technologies, the work was done in partnership with other researchers at places like Bell Labs.

GE also developed one of the first modern hybrid-electric cars, although GE ended up selling the rights to the technology to Toyota, which used the designs to make the Toyota Prius, according to the Edison Tech Center.

Last Tuesday, Vic Abate, GE’s chief technology officer and head of GE Research since 2015, informed GE Research employees in Niskayuna and at its smaller site in Bangalore, India, that they would all remain – but would be split up among the three different GE companies.

There will be some changes, of course. There will be new, separate labs within the Niskayuna campus that will be assigned to each of the three companies, which will be known as GE Aerospace, GE HealthCare and GE Vernova. The latter is the new name for GE Power, which has its headquarters in Schenectady where GE was founded in 1892 by Thomas Edison in a merger with a competing firm.

What would become GE Research in Niskayuna (also previously known as GE’s Global Research Center) was started in 1900 by one of Edison’s star employees, Charles Steinmetz, GE’s chief engineer at the time. Steinmetz first built the GE research lab in his carriage house in Schenectady. The lab was later moved to the main GE campus in Schenectady before a new GE Research campus was built in Niskayuna, opening in 1955.

“I can’t think of a more fitting way to honor Thomas Edison’s legacy than by continuing GE’s innovation DNA to shape some of the biggest endeavors of our time – the advancement of precision health, the energy transition, and the future of flight,” Abate told GE employees in a post on LinkedIn last week to explain the move. “Having strong innovation arms to deliver new technological breakthroughs will be essential, and the world-class talent in Niskayuna and Bangalore will be vital to these missions.”

That’s good news for both GE and the Capital Region. Not all companies pour as many resources into research and development, also known as R&D, as GE, although that number has decreased in recent years. GE’s own corporate-funded R&D spending was $2.5 billion in 2021, down from $3.12 billion in 2019, a 20 percent decrease. GE Research also used to have 2,000 employees not long ago, although layoffs at GE in the past decade have reduced those numbers down to 1,200.

Those are semi-conductors, or computer chips, that control the flow of electricity through devices ranging from solar panels to the batteries in electric vehicles.

It’s unclear how much funding GE’s new companies will allocate toward GE Research in the coming years, although each of the new GE companies will need to tap into the lab’s expertise in order to compete on a technological level with its competitors.

But Culp, whose expertise has been in breaking up companies to unlock their value, has been clear that R&D is part of the backbone of GE, and he embraced the idea in his own LinkedIn post to GE employees last week.

“I am excited about this plan and hope you are too,” Culp said. “One of the biggest reasons why GE has been able to lead in our industry sectors is because we have had GE Research as our innovation engine.”

Being the head of GE Research has also been a major job in the Capital Region. Before Abate assumed the post in 2015, Mark Little oversaw the labs for a decade. Other well-known innovators who held the top job there included Roland Schmitt and Walter Robb.

Mark Eagan, CEO of the Center for Economic Growth as well as the Capital Region Chamber, says it’s hard to underestimate the power of GE Research and its role in the local high-tech sector.

Eagan notes that the Capital Region has 7,000 R&D services jobs, many of those generated by GE. That’s the ninth-highest concentration in the country, he said.