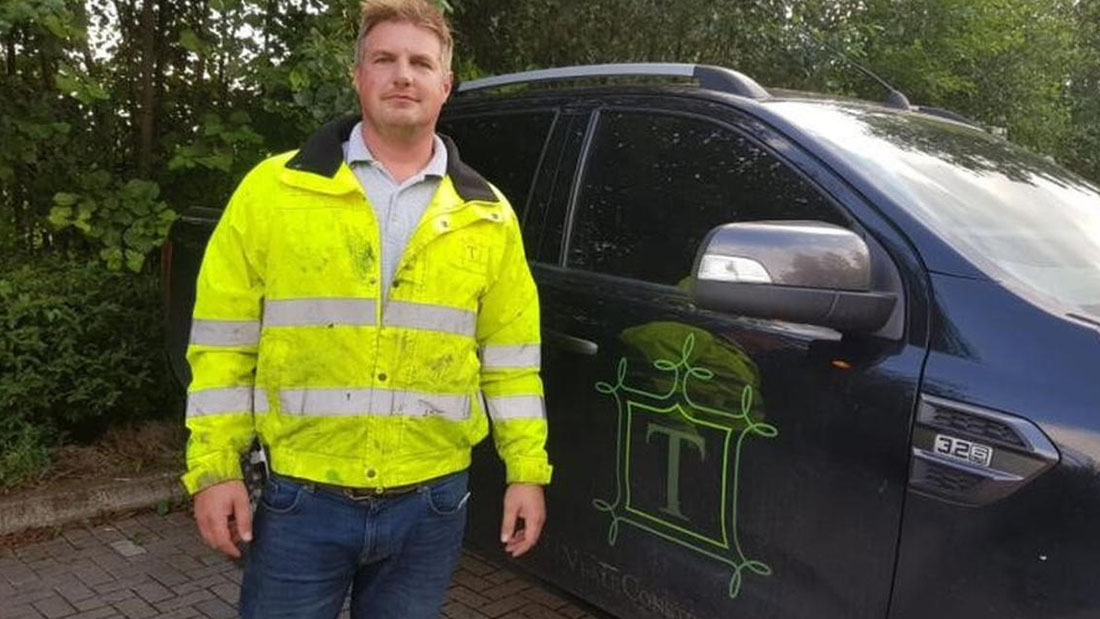 Many firms are citing a lack of finance as holding them back from the ability to quantify their carbon footprint.

Many firms are citing a lack of finance as holding them back from the ability to quantify their carbon footprint. In May, the government called on small businesses to lead the charge and pledge to reach net-zero by 2050 or sooner. This refers to the total amount of greenhouse gases released into the atmosphere as a result of the activities of a business. It can be reduced by improving the sustainability of a business. Measures such as cutting transport and heating costs or using less packaging can drive down the carbon footprint of a company and help it reach ‘net zero’ – the balance between the amount of greenhouse gas produced and the amount removed from the atmosphere. Rachel Douglas, who runs The Laundry Lodge in Northumberland, says she “has no clue” how to work out her companies carbon footprint and “wouldn’t know where to start”. Only one in 10 of over a thousand firms surveyed by the British Chambers of Commerce (BCC) are measuring their carbon footprint and currently, 26% of larger firms with more than 50 employees are measuring theirs.

“It would be useful to have clear information from the government on how to reduce the carbon we use,” Ms. Douglas tells the BBC. The findings also show that one in five businesses don’t fully understand the term “net zero”, and almost a third have yet to seek advice or information to help them develop a plan to reach net zero or improve their sustainability. In order to reduce the environmental impact, Ms. Douglas uses over 600 meters of washing line to dry 90% of the items she cleans. During high season, her laundry business cleans between 5,000 and 6,000 separate items per month, costing her £260 in electricity and a dedicated member of staff working till 10 pm each day to peg items to the lines. For the remaining 10% of items, she uses three higher energy consuming industrial driers, one of which is more eco-friendly but cost her an extra £1,000. Additional cleaning costs due to the pandemic have also meant less money is available to invest in sustainability. “If there was any tax relief to make it easier to buy expensive eco-friendly products, that would be a huge help,” she explains.

Not a high priority

Almost two-thirds of businesses surveyed said they don’t see net-zero targets as a high priority in the wake of the pandemic, although nearly half said their customers are worried about the environment. Though the government does publish emission factors that allow firms to work out their carbon footprint based on their activities, Ms. Douglas says she has “had to take a lot of decisions” herself to make the business better for the environment because she wasn’t clear on government advice. John Barrett, a professor of energy and climate policy at the University of Leeds, says this advice is “not widely known and not easy to find” and the alternative is to pay consultancies between £20,000-30,000 to calculate the carbon footprint. “If we want [small businesses] to make a meaningful contribution to reaching our net-zero targets, we need to provide a free and professional service allowing them to understand their carbon impacts and showing them how they could reduce their impact.” Historically, the government had a scheme through the Carbon Trust which meant that smaller firms could access advice for free but the scheme was later privatized.

Dentist Jason Stokes, who runs the private Cathedral Street Dental practice in Norwich, also says the government carbon calculation spreadsheets aren’t “specific enough”, as they fail to include clinical waste which is particularly damaging for the environment. Clinical waste has to be incinerated at a cost of £2,000 per year for his business, he says. “It makes it more challenging and difficult to prioritize carbon reduction when the government’s support is so generic,” he tells the BBC. Mr. Stokes has invested in extra insulation and energy-saving light bulbs to make the business better for the environment, but the pandemic has meant higher ventilation costs and more imported single-use products – counteracting that carbon saving. Builder Tom Veale, who owns a construction business based in Newent, also says he has “no idea” how to calculate his company’s carbon footprint. “It would be useful to have help on calculating but without tax relief or any incentives what’s the point of working our carbon footprint out?” The business spends over £600,000 annually on construction materials such as concrete and timber and as almost all are imported, Mr. Veale said it’s “even harder” to measure their effect on the environment. And Professor Sam Turner from the group of manufacturing research centers High-Value Manufacturing Catapult says that without “widely adopted standards” for carbon accounting across supply chains, there is “no market incentive to make the necessary investments to reduce the carbon footprint”.

“I don’t have the staff to spare”

Tina Bowden, owner of the Lavender Bake House in Stroud says she would also welcome government advice on how to improve. “I don’t have the staff to spare to do the paperwork for carbon calculation and there’s no financial support to make it viable for us,” she explains. The business spends £25000 on renewable energy per month and that rather than making a 20% saving on imported produce from wholesalers, she tries to buy local products as much as possible. “Any recyclable packaging is twice the price so it would help to have some sort of government subsidy so we don’t soak the cost up ourselves,” she says. A spokesperson from the Department for Business, Energy & Industrial Strategy told the BBC: “We know that some businesses may find this daunting, but our ‘Together for Our Planet’ campaign is specifically targeted at providing SMEs with the practical tools, resources, and advice they need to understand their emissions and develop a plan to tackle them.” But Mike Cherry, the national chairman of the Federation of Small Businesses (FSB), is concerned that small business owners are strapped for time and money as their focus is squarely on recovery. “The starting point here should really be concrete measures to empower small firms – which want to do the right thing – to make the transport, energy, and logistical changes that will reduce their emissions,” he added.