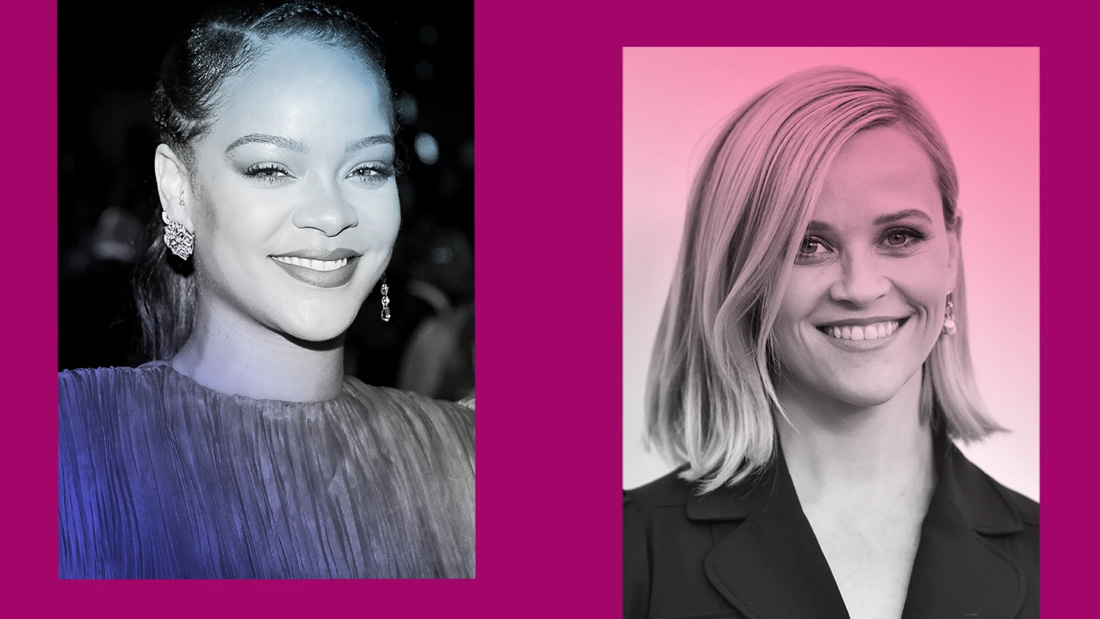 From pop singer Rihanna’s billion-dollar clothing and cosmetic lines to actress Reese Witherspoon’s media company, which just sold for $900 million, female celebrities who branch out and reinvent their brand are boosting their public image — and their fortune. While dozens of female celebrities have started their own companies, with many expanding into the beauty and fashion industries, some brands — like Rihanna’s Fenty Beauty and Jessica Alba’s The Honest Company — have amassed hundreds of millions of dollars in revenue, turning their entertainer founders into fully-fledged business owners. Female entertainers face unique pressure to reinvent themselves as their career progresses, said Sharon Marcus, a professor at Columbia University whose research focuses on celebrity culture. When these celebrities reach their peak fame, Marcus said, they often feel as though they must extend themselves into other industries in order to stay relevant in the public eye — a phenomenon that Marcus said is not as common with male entertainers. “When it comes to men, people associate age with experience and genius, even,” Marcus said. “But as women get older, people are just less interested in seeing them or hearing about them. Male standards of attractiveness are less dependent on freshness.”

Rihanna, who took a step back from music after the release of “Anti” in 2016 to focus on her beauty and fashion businesses, was recently named a billionaire and the world’s wealthiest female musician by Forbes. The majority of her wealth comes from her three businesses — Fenty Beauty, Fenty Skin, and Savage x Fenty — rather than her music. Marcus said Rihanna’s focus on developing her businesses mirrors a larger trend of celebrities expanding into other areas in order to curate their image as well-rounded and multifaceted entertainers. “The very biggest stars understand how celebrity works,” Marcus said. “And so they don’t just develop their talent — they develop their stardom. And a big part of that is ‘how can I build on this?’” Witherspoon’s portfolio includes the Draper James clothing line, named after her grandparents; and the female-centered media business Hello Sunshine, which last week was sold to a group that includes former Disney executives and private equity giant Blackstone.

Founded in 2016 with the goal of promoting female-centered stories and media, Witherspoon said the sale of her media company would enable Hello Sunshine to increase the number of female-led shows it produces. “It’s fascinating to see how a company like this, that started just four years ago, can really resonate with audiences,” Witherspoon said in an interview with CNBC last week. “I think when you do things authentically and the mission is so clear to people, that you’re there for intersectional storytelling that puts women at the center.” Though the specific nature of the firm’s purchase remains unknown, it will be led by former Disney executives Kevin Mayer and Tom Staggs. Witherspoon and CEO Sarah Harden will continue to run the company and serve on the newly formed board, they told CNBC. Mayer said he and Staggs were drawn to Hello Sunshine because of its commitment to telling the stories of “underserved” communities and because they strongly believed in the potential of the company’s growth, he told CNBC last week.

“We’ve always been willing to pay for quality,” Mayer said. “Over Tom’s and my career, we bought Pixar, we bought Marvel, a part of Disney, Star Wars — each and every time it was claimed that we had overpaid. We like our track record, we like the fact that we’re bringing quality assets into a new company that’s configured for the digital future and we think there is just enormous growth potential.” Witherspoon also said the sale will give Hello Sunshine the funding to fulfill its mission by hiring and supporting more women creators. Hello Sunshine is currently growing its children’s programming, with four upcoming projects in the works, according to the Wall Street Journal. “The media space is just rapidly changing and growing and it just felt like a unique opportunity to really partner strategically to scale and grow our mission to even more audiences worldwide,” Witherspoon said. “We’re just doubling down on our mission. Now we’re going to have the ability to tell more stories, to hire more female filmmakers, to promote and lift up even more authors.”

Though Witherspoon and Rihanna made headlines this month, other female celebrities such as Beyoncé and Gwyneth Paltrow have been growing their business ventures for years. Beyoncé, who founded the athletic wear line Ivy Park in 2016, partnered with Adidas in 2019 and is releasing her fourth collection later this month. The latest collection is Western-themed and is meant to reflect the history of Black cowboys and cowgirls in the United States. And Paltrow — who founded the wellness company Goop in 2009 — is one of the most prominent examples of female entertainers who turned their fame into successful business ventures. Despite controversy over a number of the company’s products, which have been labeled as pseudoscience by some consumers and nonprofit organizations, the company has grown into a business worth nearly $250 million. Paltrow has also published five cookbooks centered around health and wellness. Marcus said celebrities like Paltrow who once endorsed brands or modeled their products are finding increased success in starting businesses of their own. And as more female celebrities move toward ownership, Marcus said, they are essentially saying, ‘I don’t have to be just the face of this product anymore. I can be the brains behind it.’”