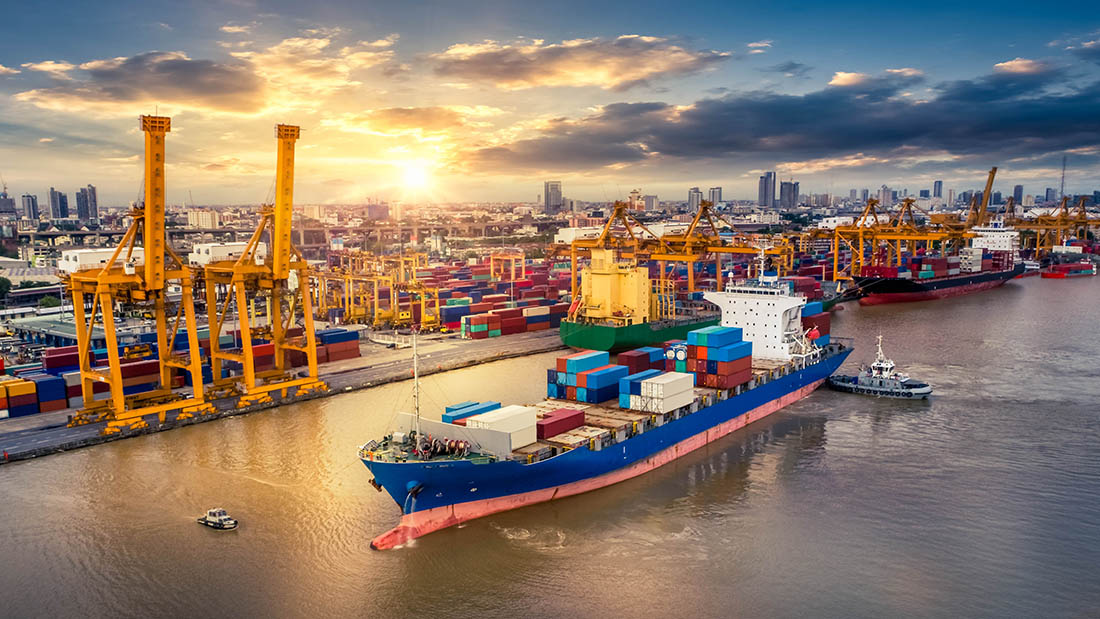 Shipping has already seen massive disruptions this year like the Ever Given running aground in the Suez Canal and delays stemming from an uptick in COVID-19 cases near ports in southern China.

The floods in China and Europe are yet “another body blow” for global supply chains, the CEO of a shipping firm told CNBC on Monday.

“Rarely does a week go past without something new,” says Tim Huxley, CEO of Mandarin Shipping.

Shipping has already seen massive disruptions this year. As parts of the world rebounded from the pandemic, increased spending led to a shortfall of containers, creating delays and driving up prices.

Then in April, one of the world’s largest container ships became wedged in the Suez Canal, halting traffic for nearly a week. The waterway is one of the busiest in the world, with about 12% of trade passing through it.

In June, an uptick of COVID-19 cases in southern China caused more delays at ports in the region, again jacking up shipping prices.

Heavy rainfall and flooding have devastated parts of western Europe. Some of the most severe floodings happened in Germany and Belgium. Parts of Switzerland, Luxembourg, and the Netherlands have been affected as well.

“This is really going to disrupt the supply chain because the railway links have all been broken,” Huxley told CNBC’s “Squawk Box Asia.”

He said that includes railways coming from the Czech Republic and Slovakia into the German ports of Rotterdam and Hamburg, which have been “seriously disrupted.”

“And so that’s going to delay cargo movements in and out,” he said. “It’s gonna really disrupt the industry.”

Huxley pointed to Thyssenkrupp, noting that the German steel-making giant could not get raw materials due to the flooding.

“That ultimately will have a knock-on effect on industries such as the motor industry, domestic appliances, and things like that,” he said.

S&P Global Platts reported, citing a letter to customers, Thyssenkrupp declared force majeure on July 16. A force majeure event occurs when unforeseeable circumstances, such as natural catastrophes, prevent one party from fulfilling its contractual duties, absolving them from penalties.

A source at the firm’s mills told S&P Global Platts that parts of the railway in Hagen are “missing,” adding it’s even more difficult than before to get trucks for delivery. Hagen is a city in Western Germany that is among the worst hit by floods.

Meanwhile, the disruption caused by the flooding in the Chinese province of Henan is made worse by the fact that the province is landlocked, said Huxley.

The disruption of railways is, again, going to cause a “big impact,” he said.

“Obviously, that will have an impact on shipping, that will force shipping rates up,” Huxley said.

The distribution of wheat and coal has been affected, according to Huxley, who pointed out that Henan is the “breadbasket” of China and has produced 38 million tons of wheat this summer.