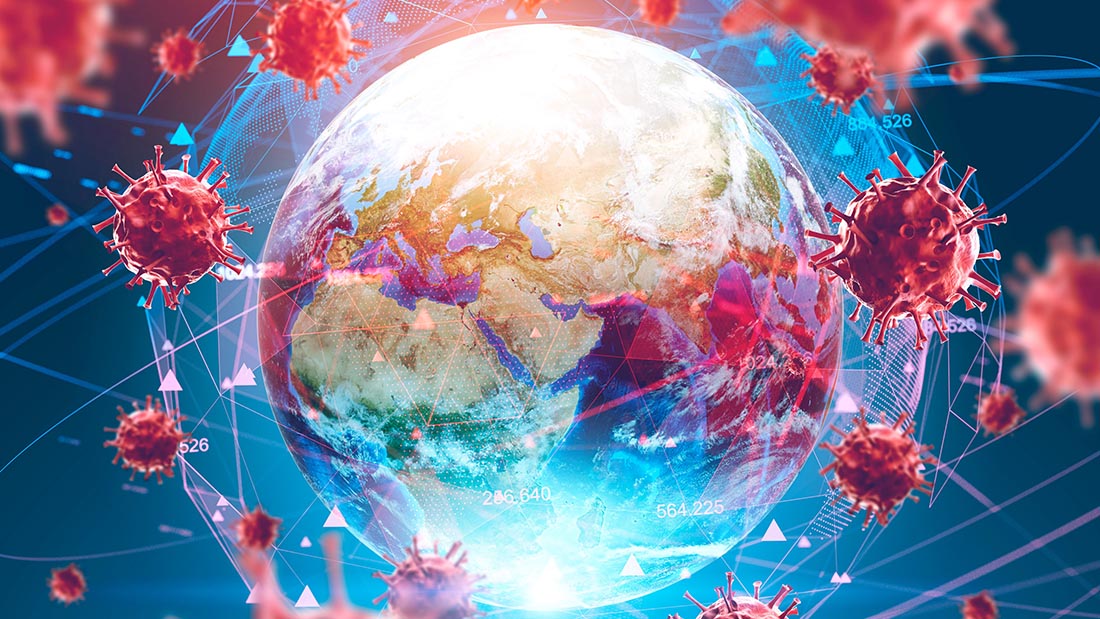 Government efforts to deal with the self-isolation "pingdemic" are "chaotic" and "too late", food supply industry bodies have said.

Supply firms are having to fight to keep supermarkets stocked with food, one industry body warned.

The government has been trying to ease the effects of workers having to self-isolate if they are “pinged” by the NHS Test and Trace app.

The number of people being sent NHS app alerts to self-isolate rapidly rose throughout July as infection rates soared, reaching a record 600,000 in the week to 14 July.

The government changed its stance last week and announced that some double-jabbed staff at some critical organizations would be allowed to take tests to keep coming to work, rather than self-isolating.

On Sunday, the Department for Environment, Food and Rural Affairs said it had now contacted 500 sites that had been identified for daily contact testing.

Testing is understood to be rolling out to key manufacturing, food processing, and wholesale sites across the food supply chain, which will be joining supermarket depots as part of the initial phase of the testing program.

The number of roles that are exempt from isolation is also understood to have been widened to include roles such as forklift drivers and dispatchers.

But the government’s response has been “very chaotic” and “too late”, said James Bielby, chief executive of the Federation of Wholesale Distribution.

He said that a policy for exemptions was announced on Monday, but that there were no further details given until Thursday.

Many food businesses were still in the dark as to whether their staff could be included in the scheme, he added, with only 15 supermarket distribution centers with staff on the list on Friday.

“The process for getting on the list is entirely opaque,” Mr. Bielby said, adding that the government seemed to be making up the policy “on the hoof” in response to media reports.

He added that the “pingdemic” had been “really bad” for the food supply chain, as entire production lines in factories and entire driver fleets had been “taken out”.

There was already a shortage of lorry drivers because of a combination of factors including Brexit, the COVID-19 pandemic, and changes to self-employment taxation, he added.

Shane Brennan, chief executive of the Cold Chain Federation, said the “pingdemic” had been a greater challenge for businesses than Covid itself.

“You can deal with problems as long as you have people working,” Mr. Brennan said. “The problem with the ‘pingdemic’ is that it takes lots of people out of the workforce.”

There are already rolling shortages of stock in supermarkets, and supply businesses are “fighting to keep food on the shelves”, he said.

However, the application process for getting staff exemptions for self-isolation was “way too complicated” and came too late.

In addition, government departments did not appear to be working in a unified way.

“It’s quite obvious that the government is having an argument with itself [over self-isolation],” he said.

Although the daily number of people testing positive for coronavirus has fallen over the past week to fewer than 32,000 per day, critical businesses have reported struggling with staff absences.

The Rail Delivery Group, which represents train companies, said that there could be disruption to services in the coming weeks.

“While train companies are doing everything they can to minimize any disruption, there may be an impact on services so we are asking people to check before they travel using app alerts,” a spokesperson said.

On Saturday, Govia Thameslink Railway (GTR), which runs Thameslink and Southern trains, said it would introduce a reduced timetable from Monday 26 July.

Non-essential businesses, including pubs and restaurants, have also struggled with staff getting pinged.

She said 43% of pub staff were aged 18 to 25 and would not have their second jab for months.

“We urge the government to work with us to find a sensible solution to this that still ensures staff and customer safety,” she added.

However, Health Secretary Sajid Javid said: “As we learn to live with the virus, we must do everything we can to break chains of transmission and stop the spread of the virus.

“Daily contact testing of workers in these critical sectors will help to minimize any disruption caused by rising cases in the coming weeks while ensuring staff is not put at risk.”

A spokesperson said that as a first step, daily contact testing was being rolled out to critical workplaces in the food supply chain and that many sites would be operational from Monday 26 July.