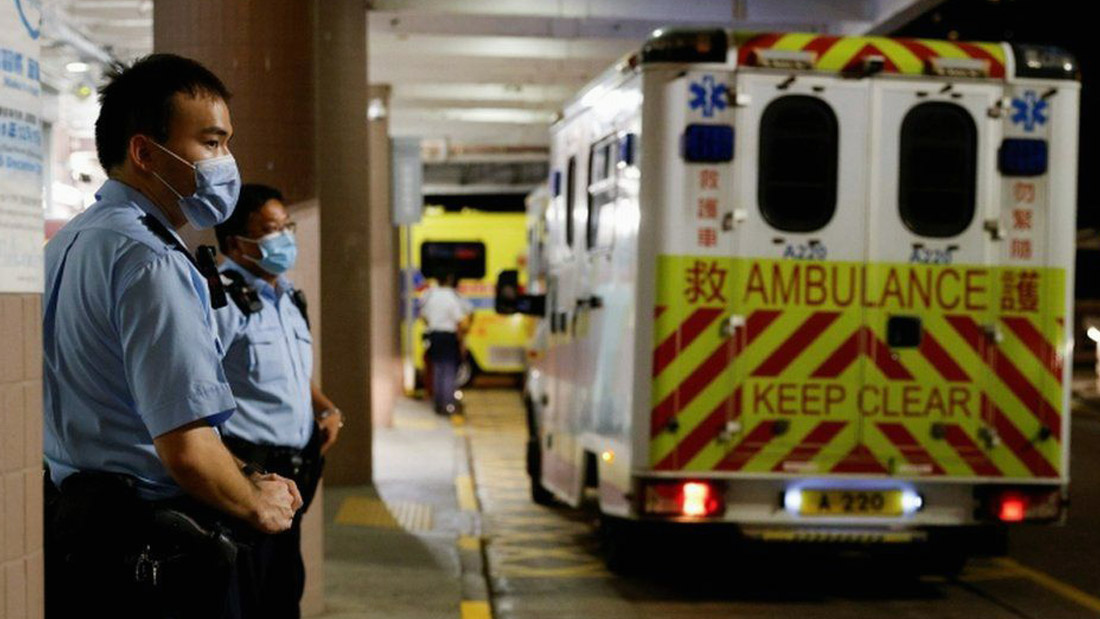 A Hong Kong beverage maker's shares had their biggest ever slump, after calls in China for a boycott of the firm.

A Hong Kong beverage maker’s shares had their biggest ever slump, after calls in China for a boycott of the firm.

Shares in Vitasoy fell by as much as 14.6%, the biggest single-day drop since its listing in 1994.

The calls were in response to a memo offering condolences to the family of a man who stabbed a Hong Kong policeman.

A Vitasoy worker stabbed the officer and then killed himself on Thursday, the anniversary of the city’s handover from British to Chinese rule.

It was also the 100th year anniversary of the Chinese Communist party.

It is not clear what the attacker’s motives were, but authorities described him as a “lone-wolf domestic terrorist”. The police officer is said to have suffered a punctured lung.

According to a report by Chinese state media outlet the Global Times, the deceased was a director at Hong Kong’s Vitasoy unit.

In a statement on the Chinese social media platform Weibo on Saturday, Vitasoy said a staff member had circulated a memo that it described as “extremely inappropriate” without authorisation.

It added that the memo did not receive “official approval, but rather was written an forwarded by an employee in private”, adding that it reserved the right to take legal action against the employee involved.

“Vitasoy Group sincerely apologises for any troubles or grievances this has caused. We support Hong Kong’s long-term prosperity, stability and development,” Vitasoy said.

The worker’s memo triggered a flood of online calls for a boycott of Vitasoy, which gets around two-thirds of its revenue from mainland China.

By Sunday, the hashtag #Vitasoygetoutofthemainland had accounted for some 100m views.

Hong Kong police have described the stabbing as an attempted murder and a terrorist attack by a lone wolf.

They have also said that a computer they seized from his home showed the attacker had been “radicalised”, although police have not provided further details about the alleged radicalisation.

Authorities in Hong Kong on Sunday warned that advocating for people to mourn for the attacker was no different from “supporting terrorism” and criticised parents who took children to mourn for him.

The incident took place on 1 July – a significant date both in Hong Kong and mainland China.

Relations between Hong Kong’s police force and its people have come under strain at times. Pro-democracy protests in 2019 saw police accused of responding to protesters in a heavy-handed manner.

It is not uncommon for consumer boycotts to take place in China.

Last week, Swedish fashion giant H&M saw its sales slump in China, months after it became the target of a Chinese boycott. Its sales in China were down 23% in the local currency for the second quarter of 2021, compared to the same time last year.

H&M was among several brands that raised concerns over alleged human rights abuses against Uyghur Muslims in China’s Xinjiang province.