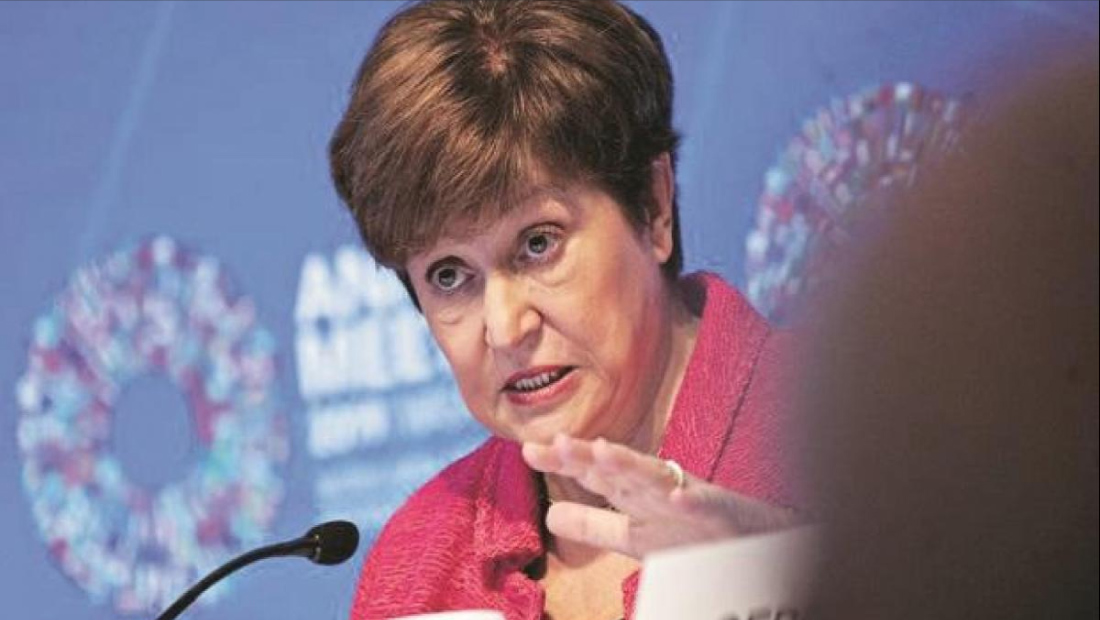 According to a reports, the irregularities had affected four countries: China; Saudi Arabia; United Arab Emirates; and Azerbaijan.

International Monetary Fund Managing Director Kristalina Georgieva was called out Thursday by the World Bank, her previous employer, for applying pressure to boost China’s position in a ranking of economies. Georgieva said she disagreed with the findings.

The World Bank, in a probe of its “Doing Business” report, found such serious ethical issues that it decided to abandon the series entirely, a statement released in Washington showed.

China’s position in the 2018 report, released in October 2017, should have been seven places lower — at No. 85 rather than remaining at 78 — the World Bank said in a review released in December.

“The changes to China’s data in Doing Business 2018 appear to be the product of two distinct types of pressure applied by bank leadership on the Doing Business team,” the World Bank said in a report Thursday. The bank cited Georgieva, along with an adviser, for “pressure” to “make specific changes to China’s data points to increase its ranking at precisely the same time the country was expected to play a key role in the bank’s capital increase campaign.”

The probe was produced by the law firm WilmerHale, which was retained by the World Bank executive board’s ethics committee, the body responsible for ethical matters involving Board officials. The findings were shared with the World Bank’s executive directors on Wednesday, and the board authorized their release. Georgieva served as chief executive officer of the World Bank before being chosen to succeed Christine Lagarde as head of the IMF, the development lender’s partner in the Bretton Woods system.
“I disagree fundamentally with the findings and interpretations of the Investigation of Data Irregularities as it relates to my role in the World Bank’s Doing Business report of 2018,” Georgieva said in a statement. “I have already had an initial briefing with the IMF’s Executive Board on this matter.”

The US Treasury, which manages the country’s engagement with the IMF and World Bank, said it was reviewing the report. The US has an outsize role in decisions at the Washington-based lenders because of the weight of its voting power. “These are serious findings and Treasury is analyzing the report,” Treasury spokesperson Alexandra LaManna said. “Our primary responsibility is to uphold the integrity of international financial institutions.”

Many Republican lawmakers have opposed expanding support for the World Bank and IMF, and Thursday’s news could renew GOP criticism.

The Doing Business report plays a notable role in emerging markets, with governments often showcasing moves up in ranking in appeals for foreign investment.

But the integrity of the ratings has been the source of heated debate in recent years.

Paul Romer quit in 2018 as the World Bank’s chief economist after questioning changes to Chile’s order in the report. The IMF and World Bank have confronted a number of ethics issues over the years. Former French Finance Minister Dominique Strauss-Kahn resigned as head of the fund in 2011 after charges of sexual assault in a New York hotel room, which were eventually dropped.

In 2007, Paul Wolfowitz, a top Pentagon official in the Bush administration, stepped down as head of the World Bank over his involvement in arranging a pay increase and promotion for his companion.

Economies like India, Saudi Arabia, Jordan, Togo, Bahrain, Tajikistan, Pakistan, Kuwait, China, and Nigeria made notable improvements in the Doing Business 2020 report after they, according to the World Bank, implemented one-fifth of all the reforms in 2018-19 recorded worldwide.