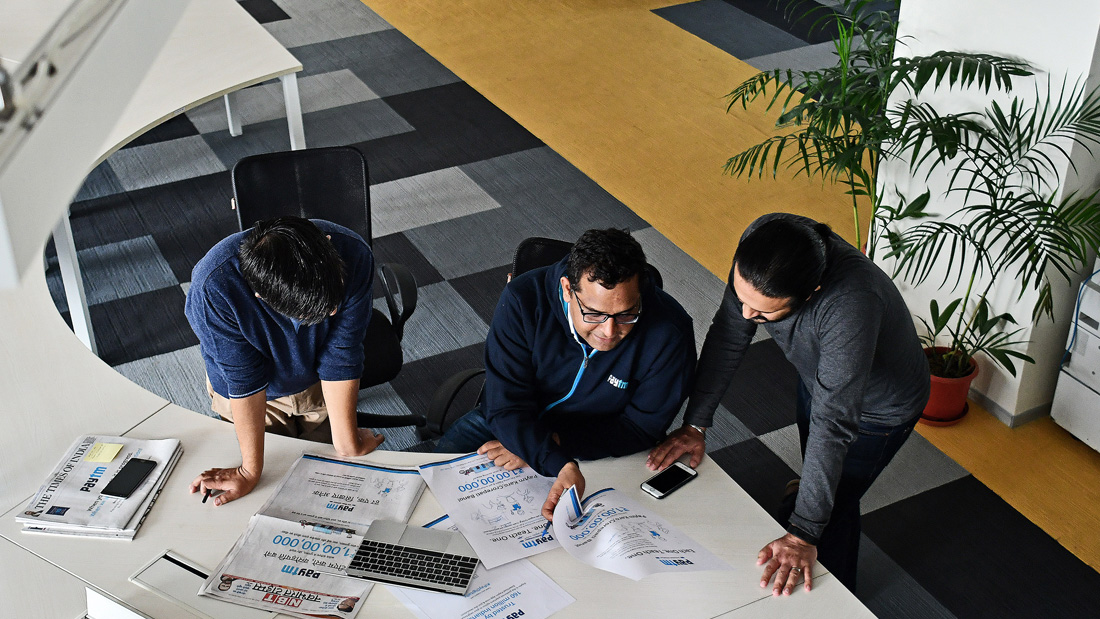 Paytm, which was until recently the most valuable startup in India, has said it may raise up to $268 million in a pre-IPO round. TechCrunch reported earlier this month that Paytm has held talks with Goldman Sachs and Fidelity to raise a pre-IPO round.

Digital payments giant Paytm, one of India’s most valuable startups, plans to raise up to $2.2 billion in an initial public offering, it said in draft papers submitted to the country’s market regulator on Friday.

The Noida-headquartered firm — backed by Alibaba (which, alongside Ant Financial, owns 36% of Paytm), Berkshire Hathaway, and SoftBank (owns about 18% stake) among others — said (PDF) it will issue new shares worth $1.1 billion and offer sale worth of $1.1 billion.

Paytm, which was until recently the most valuable startup in India, has said it may raise up to $268 million in a pre-IPO round. TechCrunch reported earlier this month that Paytm has held talks with Goldman Sachs and Fidelity to raise a pre-IPO round.

The startup, which competes with PhonePe and Google Pay in the world’s second-largest internet market, plans to use the fresh capital of $577 million to broaden its payments services offering and about $269 million to enter into new initiatives and explore acquisition opportunities, it said.

Paytm, which was launched in 2009 to help users easily make digital payments from their phones and top-up credit, has expanded to a wide range of services in the past decade. Today it operates a payments gateway, e-commerce marketplace, ticket booking, and also sells insurance and digital gold. In several of the categories where it operates, Paytm is a market leader.

The startup platform, formally known as One97 Communications and last valued at $16 billion, has amassed over 333 million users, 114.3 million of whom transact annually, and has onboarded over 21 million merchants, it said in the papers today.

Paytm, led by Vijay Shekhar Sharma, describes itself as having “created a payments-led superapp, through which we offer our consumers innovative and intuitive digital products and services.”

Paytm’s IPO plans come at a time when the pandemic has fuelled India’s digital economy and local stock exchanges are showing a growing appetite for consumer tech stocks. Indian food delivery giant Zomato’s $1.3 billion IPO this week took only a few hours to be fully subscribed by retail and anchor investors.

A lot is riding on a successful IPO of Paytm, one of the most celebrated startups in India. It reported a consolidated loss of $233.6 million for the financial year that ended in March 2021, down from $404 million in 2020.

Earlier this week, Paytm’s Sequoia-backed rival MobiKwik also filed for an IPO, in which it is seeking to raise about $250 million. SoftBank-backed e-commerce giant Flipkart, which raised $3.6 billion at $37.6 billion valuation earlier this week, insurance aggregator PolicyBazaar, makeup retailer Nykaa, and delivery startup Delhivery, which on Friday announced a $100 million investment from FedEx, may also list in the next three to four quarters.

Bankers and analysts are bullish on Paytm, whose mobile wallet business has lost luster in recent years as UPI — a payments framework backed by banks in India — found takers in Google, PhonePe and others and took the market by storm. But Paytm has bounced back, analysts argue.

“With the advent of UPI, there has been a rising narrative that questioned Paytm’s market leadership,” the analysts wrote, referring to the exponential growth of payments stack developed by retail banks in India that has been adopted by several firms, including Google and PhonePe (as well as Paytm), and which has somewhat lowered the appeal of mobile wallets in India,” analysts at Bernstein wrote in a recent report to clients.

“However, under the hood, Paytm leads on merchant payments and has built an ecosystem of synergistic fintech verticals around its ‘superapp.’ The ecosystem spans payments (wallet/UPI), full-suite merchant acquiring, credit tech, digital bank, wealth and insurance tech. We believe the superapp battle in India is not a ‘winner-takes-all’ but a game of execution, business building, and creating a superior customer experience with ecosystem integration,” Bernstein analysts added.

That said, retail investors should keep in mind some risk factors. In its filing today, Paytm said it is a “foreign-owned and controlled” company and will continue to have such ownership after the IPO and hence will be subject to Indian foreign investment laws.

Paytm also said its wealth vertical — Paytm Money — has observed “certain violations” of laws and regulations in the past. And some of the firm’s largest investors intend to sell their stake at the IPO.