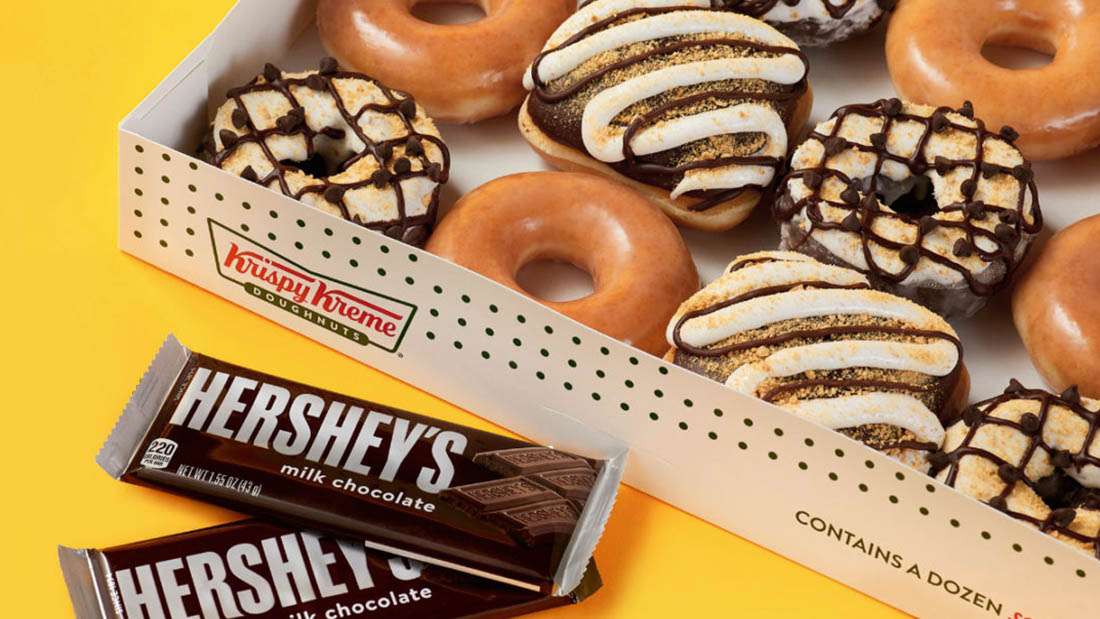 Krispy Kreme Doughnuts is partnering with The Hershey Co. to introduce S’mores donuts, available in 2 varieties for a limited time.

Krispy Kreme Doughnuts, Inc. is partnering with The Hershey Co. to introduce S’mores donuts. Launched to coincide with National S’mores Day on Aug. 10, the donuts, which combine Hershey’s classic chocolate with Krispy Kreme’s donuts, will be available in two varieties for a limited time. S’mores Classic Doughnut features a donut filled with marshmallow Kreme, dipped in Hershey’s chocolate icing, drizzled with marshmallow Kreme and chocolate icing, and topped with graham cracker crumbs.

S’mores Fudge Cake Doughnut features a Hershey’s fudge cake donut, dipped in marshmallow icing, decorated with Hershey’s chocolate icing, and topped with chocolate chips. ​ “We’re teaming up with Hershey’s, one of the key ingredients for any s’more, to give fans donuts that satisfy their marshmallow-graham-cracker-chocolate desires in an amazing new way,” said Dave Skena, chief marketing officer for Krispy Kreme. Krispy Kreme and Hershey have partnered in the past to offer Reese’s Peanut Butter Doughnut and Hershey’s Gold Doughnut.