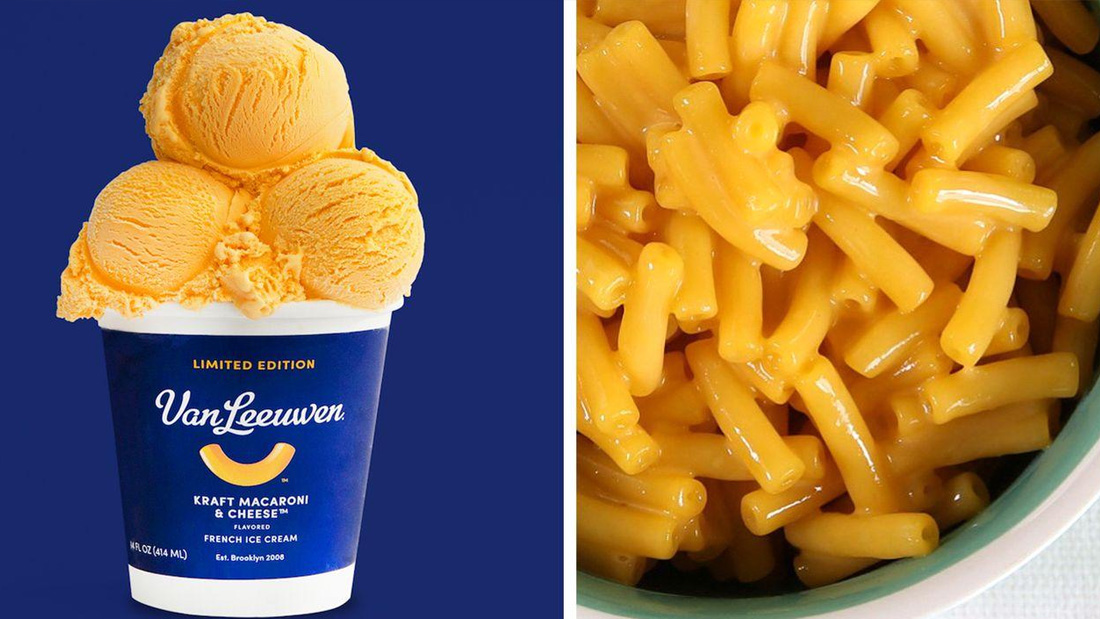 “We are living in the last days,” comedian Josh Pray said on YouTube. “Is this a terrible idea? Absolutely. Should this have been made? Gosh no. This comes from the mind of a first-grader.”

It’s received its fair share of public outcry on social media, but the cold and cheesy treat is still sold out nearly everywhere.

The ice cream is gluten-free and carries with it Kraft Mac & Cheese’s iconic yellow-orange color. Van Leeuwen sells it for $12 a pint alongside its other flavors, which include Earl Grey Tea ice cream and a variety of other vegan options. At least it did — before its site crashed because of the number of people trying to buy it.

“It is definitely cheesy,” said Eater writer Amy McCarthy on NPR’s Morning Edition. “It’s a little funky, a little salty, a little sweet. But altogether I’d just say it just kind of comes together. It’s very creamy and buttery and it’s a lot better than you think it’s gonna be.”

But despite numerous good reviews, much of the internet is not as keen to try the unique flavor.

One thing is for sure, though, it’s the perfect excuse to feel like a kid again this summer.