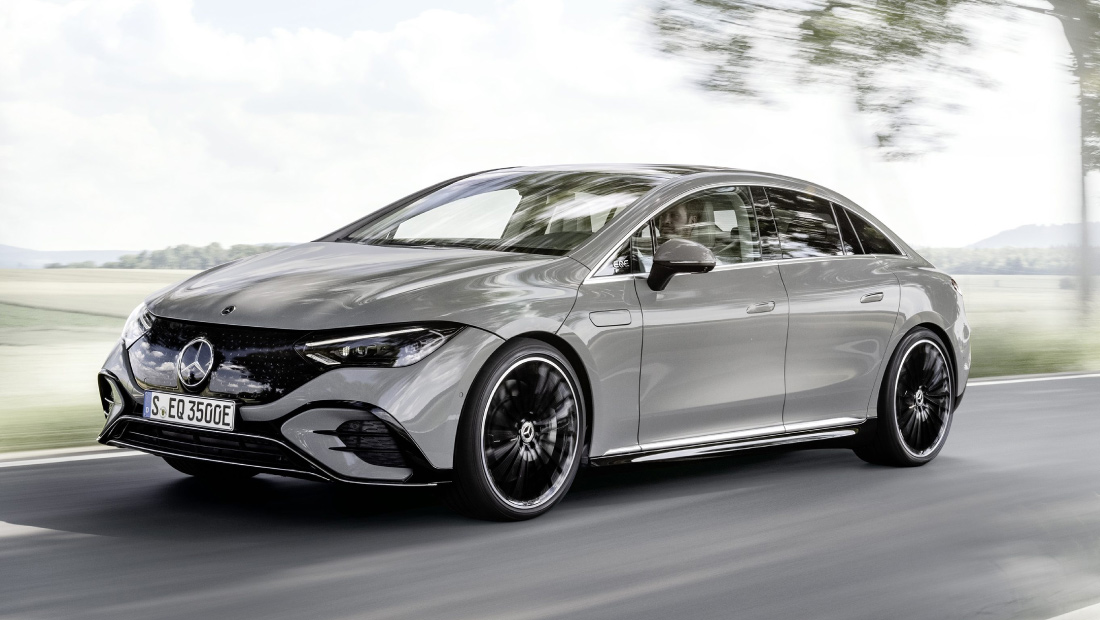 When it comes to releasing new electric vehicles, Mercedes-Benz has been taking a top-down approach.

When it comes to releasing new electric vehicles, Mercedes-Benz has been taking a top-down approach.

It started with the top-of-the-line EQS, which is competing with its own S-Class and against electric competitions like the Tesla Model S.

The automaker had already announced the smaller EQE, but today, ahead of the IAA Mobility show in Munich, it is unveiling the production version of the EQE:

“The EQE features a sporty ‘purpose design’ with all the characteristic elements of Mercedes-EQ, one-bow lines, and cab-forward design. Sensual Purity is reflected in generously modeled surfaces, reduced joints, and seamless transitions (seamless design). The overhangs and the front end are kept short, the rear provides the dynamic accent with a sharp rear spoiler. Flush with the outer edge of the body, the 19- to 21-inch wheels, together with a pronounced muscular shoulder section, give the EQE an athletic character.”

Here’s the final design of the Mercedes-Benz EQE electric sedan:

The design is certainly reminiscent of the EQS as Mercedes is sticking to a similar design language for its electric vehicles.

It’s certainly smaller with a 90 millimeters (3.5″) shorter wheelbase and overall outside dimensions similar to an E-Class.

However, the interior dimensions are much bigger than the E-Class thanks to the electric architecture taking less room than an internal combustion engine-powered drivetrain.

Speaking of the interior, the design is extremely similar to what we have already seen in the bigger EQS.

People used to the plush interior of a high-end Mercedes-Benz will feel right at home.

When it comes to powertrain specs, the production specs are as expected or even better:

“The battery has a usable energy content of 90 kWh, and the range of up to 660 km1 according to WLTP is absolutely suitable for touring. The model range will include two variants at market launch: den EQE 350 (power consumption acc. to WLTP: 19.3-15.7 kWh/100 km; CO2 emissions: 0 g/km)1 with 215 kW, as well as a second model. Performance variants with around 500 kW are being planned.”

Using the EQ powertrain, Mercedes-Benz couldn’t fit as big of a battery pack as in the EQS, but it is still a significant 90 kWh, which should get close to 400 miles even on the EPA cycle.

The DC charging capacity is up to 170 kW.

As for features, the EQE benefits from a lot of the same technology as in the EQS, like the Hyperscreen, Hepa filter, and more.

The Mercedes-Benz EQE’s software can also be updated over-the-air and it comes equipped with the German automaker’s latest driver-assist features.

Production is expected to start soon at the Mercedes-Benz plant in Bremen for deliveries later this year.

They haven’t announced a price yet, but it is expected to be competitive with the E-Class, which starts at $55,000 in the US.