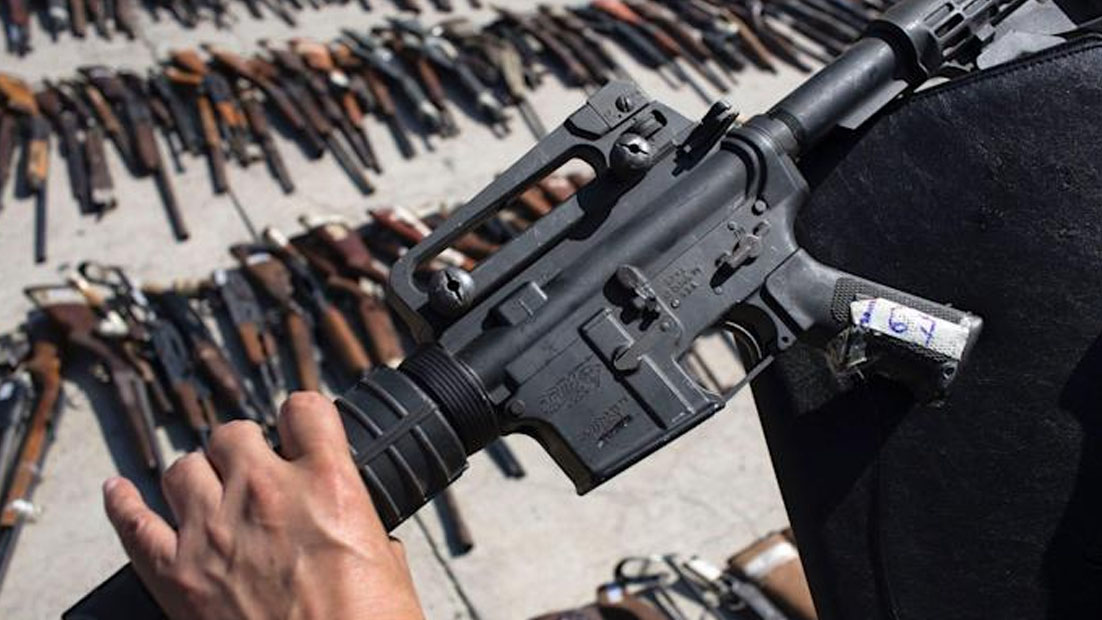 Mexico filed a lawsuit Wednesday against 11 gun manufacturers over firearms that flow from the United States across the border and into criminal hands in Mexico, according to court documents obtained by CNN.

“This flood is not a natural phenomenon or an inevitable consequence of the gun business or U.S. gun laws. It is the foreseeable result of the Defendants’ deliberate actions and business practices,” the complaint reads.

Major brands Smith & Wesson, Colt, and Glock are among the nearly dozen defendants named in the suit.

The companies did not respond immediately to CNN’s request for comment.

The complaint was filed in a U.S. Federal Court in Boston, and aims “to put an end to the massive damage that the Defendants cause by actively facilitating the unlawful trafficking of their guns to drug cartels and other criminals in Mexico,” the complaint reads.

Mexico alleges that the defendants design, market, distribute and sell guns in ways that routinely arm drug cartels in Mexico, “Defendants use reckless and corrupt gun dealers and dangerous and illegal sales practices that the cartels rely on to get their guns.”

“Defendants design these guns to be easily modified to fire automatically and to be readily transferable on the criminal market in Mexico,” the suit continued.

In a statement, the trade group NSSF, which represents the U.S. firearm industry, rejected the allegations and argued that Mexico bears responsibility for the gun crime on its soil.

‘Mexico has to do more and better

According to the lawsuit, homicides in Mexico declined from 1999 to 2004, but then increased dramatically beginning in 2004, “exactly contemporaneously with Defendants’ increased production, distribution, and marketing of their military-grade weapon.”

Foreign Ministry Marcelo Ebrard said during a conference on Wednesday that after two years of work, Mexico filed the complaint with the goal of “the defendants companies compensate the Mexican government for the damages caused by their negligent practices, the amount of this demand will be determined in the trial”.

“We are going to litigate it with all seriousness, and we are going to win the trial, and we’re going to drastically reduce the illicit arms trade to Mexico, which cannot remain unpunished to those who produce, promote, and encourage this traffic from the United States,” Ebrard said.

He added that the defendants should develop and implement reasonable standards to monitor and, when appropriate, discipline their distributors “because companies know it, they argue that after selling and marketing they no longer have the responsibility, but they do,” he continued.

“This demand doesn’t replace other efforts that must be made, Mexico has to do more and better to control its border, in fact, we have to think of another type of supervision of the borders against weapons, it does not replace, but it’s essential, If we don’t make a complaint of this nature and we don’t win it, they will not understand, they will continue to do the same, and we will continue to have deaths every day in our country”.

TagsMexico US Across
News Source: WMUR