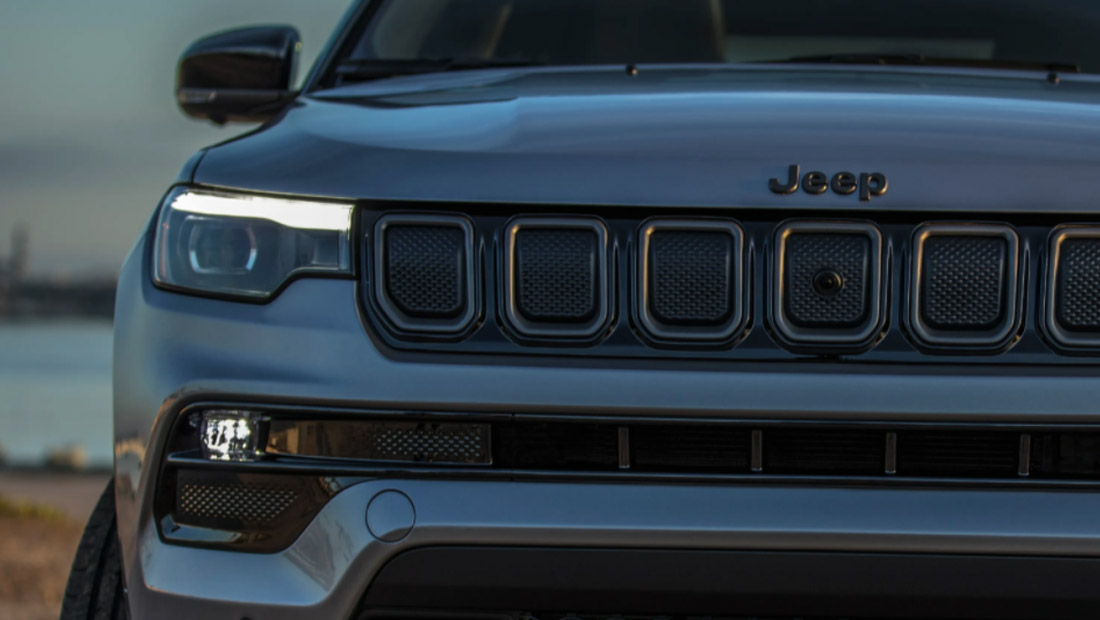 The refreshed Compass from Stellantis NV makes its debut Wednesday at the Chicago Auto Show.

The 2022 Jeep Compass is the most teched-out model of the compact SUV ever, with a faster, updated infotainment system and a semi-autonomous driving system to come.

The refreshed Compass from Stellantis NV makes its debut Wednesday at the Chicago Auto Show. Jeep’s most popular vehicle worldwide gets an update since the launch of the second generation in 2017. A price was not immediately disclosed. Deliveries to dealers will begin in the fall.

“Sophisticated and well equipped, the Compass stays true to its benchmark 4×4 capability and on-road dynamics, but with even more refinement and precision,” Jim Morrison, vice president of the Jeep brand in North America, said in a statement. “It also boasts a host of new attributes and innovative technologies designed to keep consumers connected and make their lives easier.”

The refresh comes as the Compass has been one of the Stellantis’ vehicles most affected by the global semiconductor shortage. Toluca Assembly Plant in Mexico, one of the factories that produce the Compass, has lost nearly 72,000 produced vehicles because of downtime, according to estimates Tuesday from AutoForecast Solutions LLC. U.S. sales are down 29% year-over-year so far in 2021.

“Since supply is so far down, it is hiding the demand,” said Sam Fiorani, vice president of global vehicle forecasting for AutoForecast Solutions. “There’s not enough to sell. And the segment is competitive, so it’s kind of aging at this point. The technology and styling bump is going to help when they start producing them.”

The updated interior is meant to elevate the feeling of spaciousness in the vehicle, according to the automaker, while updates to the exterior fascias seek to designate the difference between on-road and off-road models. New suspension makes for a smoother ride, while updated steering improves on-road responsiveness, according to the manufacturer.

For the first time, heated seats are available in the Compass’ second row. And the vehicle is packed with more than 75 available safety and security features, including traffic sign recognition, which is new to the Compass. Pedestrian/cyclist automatic emergency braking now comes standard.

Also new with late availability is the Highway Assist semi-autonomous driving system on the Limited, Trailhawk, and High Altitude models. On approved highways, the system uses cameras and radar to center the vehicle in a lane and offers adaptive cruise control. It does require hands on the wheel and eyes on the road.

The Compass comes standard with an 8.4-inch touchscreen. A 10.1-inch infotainment center stack display is available. It runs the Android Auto-powered Uconnect 5 system that is five times faster than the previous generation, according to the company and is capable of over-the-air updates. The front bin offers USB Type-A and new Type C ports. A wireless phone charging pad is available — a feature General Motors Co. said this week it is nixing from some of its vehicles due to the microchip shortage.

The Compass comes with a 2.4-liter Tigershark four-cylinder engine offering 177 horsepower and 172 pound-feet of torque. It delivers up to 31 mpg on the highway, according to the company, with a range of more than 400 miles. Maximum towing is 2,000 pounds. Up to 19-inch wheels are available. A 1-inch factory lift on the Trailhawk provides 8.6 inches of ground clearance and a 20:1 crawl ratio.