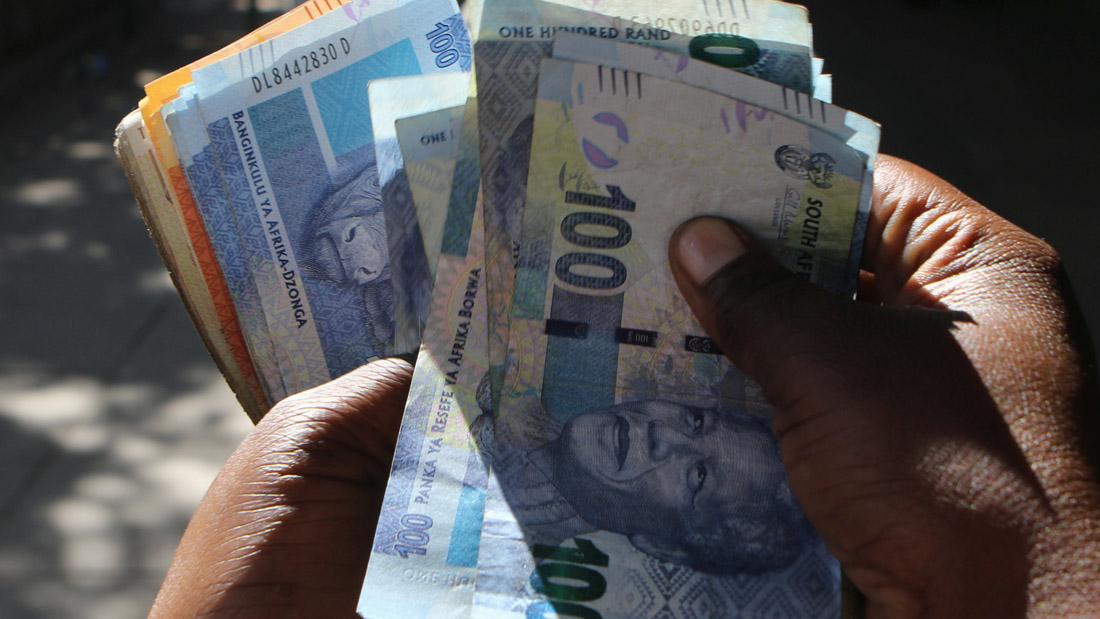 The South African rand ticked higher against the dollar in early trade on Monday as investors focused on the weaker aspects of an overall strong non-farm payroll number in the United States that was announced on Friday.

The U.S. data showed that job growth rose in June by 850,000 jobs after rising by 583,000 in May. While this was positive for the country, the unemployment rate rose to 5.9% from 5.8% a month ago, most likely pushing the dollar down as fears of a Fed rate hike receded.

Analysts said the data from the US shows the U.S. economy is on a strong footing but with no expected major spike in inflation. This allays fears that the Federal Reserve might have to step in to hike interest rates earlier than expected.

Prospects of rising interest rate strengthens the dollar as was seen in the last three weeks when the dollar steadily moved up by 2% as investors and analysts expected an early withdrawal of fiscal stimulus from the Fed.

The stock market opened weaker on Monday despite a strong Asian markets as local coronavirus cases continued to rise, breaking previous records and hinting that a 14-day harder lockdown restrictions imposed last week could be extended.