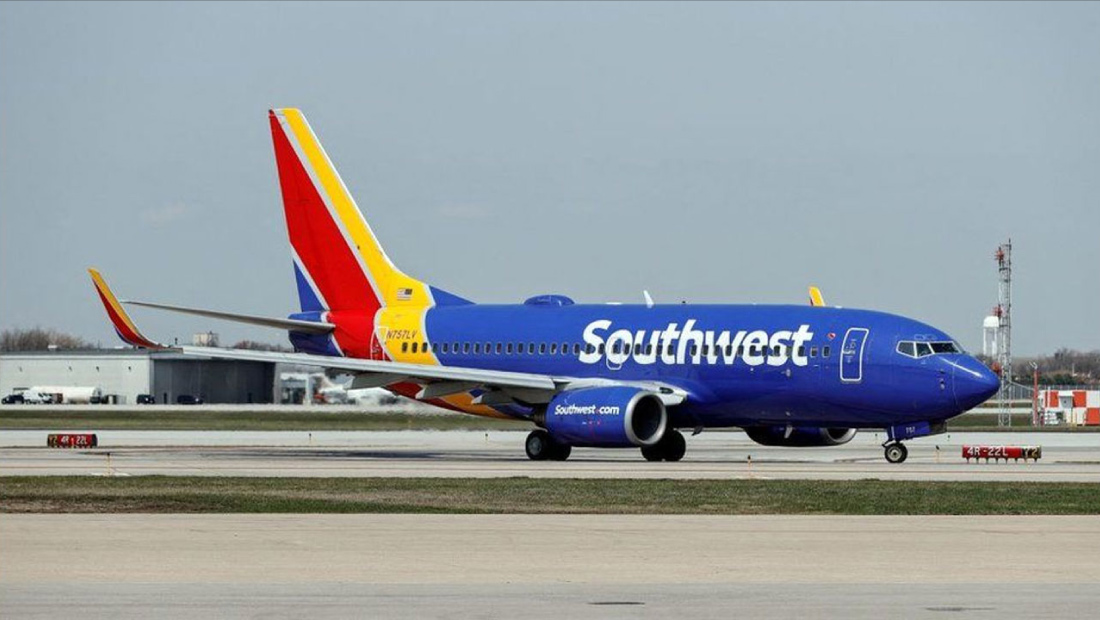 Southwest Airlines has become the latest big US airline to try to cajole workers into getting vaccinated as infection rates surge across the US.

Southwest Airlines has become the latest big US airline to try to cajole workers into getting vaccinated as infection rates surge across the US.

It said it would pay a bonus to staff who got jabbed but also stop sick pay for unvaccinated workers who had to quarantine with Covid.

It said it was unrelated to Joe Biden’s upcoming vaccine mandate for firms, but it plans to comply with the order.

Delta, American, and United Airlines have all made similar moves recently.

In a memo to workers, Southwest said those who submit proof of vaccination to the company by 15 November would get 16 hours of extra pay.

“If you have not been vaccinated and choose to do so, this timeline gives you enough time to receive both rounds of a two-series vaccine or the single-dose vaccine,” the airline wrote.
The Department of Labor is set to make Covid jabs mandatory at larger private firms and federal employers in the coming weeks, affecting up to 100 million US workers.

The Delta variant is sweeping the US, but uptake of vaccines remains slow amid skepticism in some communities.

The mandate is generally supported by big businesses, but Republican lawmakers have threatened to sue, saying the order is unconstitutional.

Some firms have already brought in their own mandates or incentives, including United Airlines, the first US airline to require all employees to get vaccinated.

Delta Air Lines has said that unvaccinated employees enrolled in the company’s healthcare plan must pay a $200 monthly surcharge, while American Airlines has ended pay protections for unvaccinated workers.