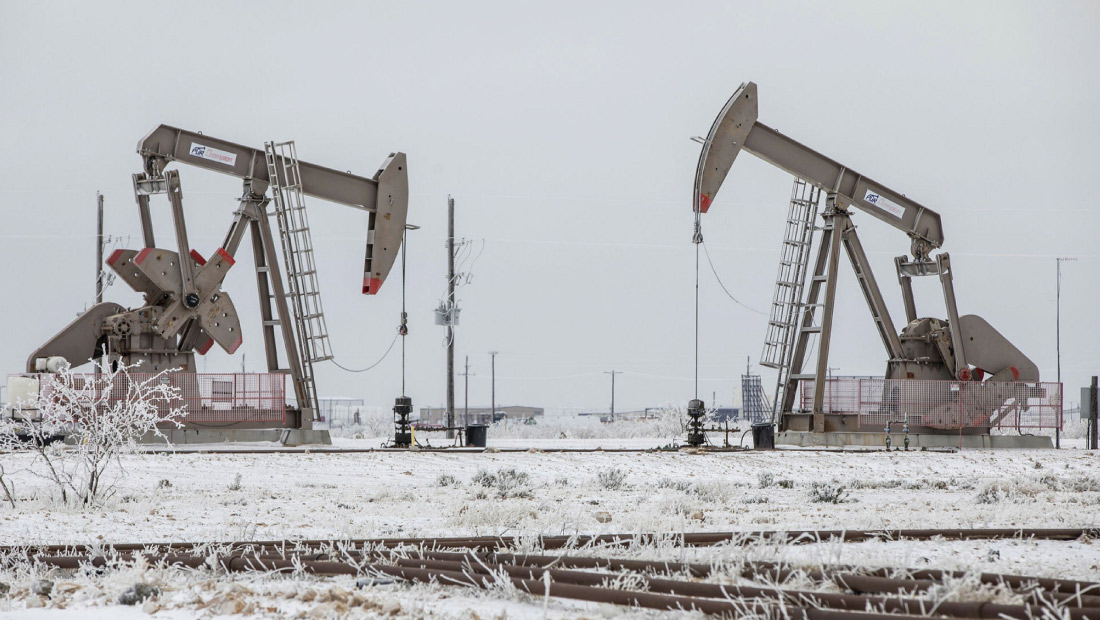 A new analysis suggests the overwhelming majority of flaring from oil and gas producers in Texas comes without a permit.

Even when policymakers set the easiest rules for fossil fuel producers to follow, it seems like many companies choose to flaunt them anyway. A new analysis from Earthworks suggests that oil and gas producers in the Permian Basin in Texas, one of the largest oilfields in the world, are routinely emitting carbon dioxide and methane without the correct permits, with offenders including big names like Shell and Exxon.

The Permian Basin has had all sorts of problems tied to methane, particularly leaky equipment and wellheads. But the new report delves into another major source: flaring and venting, which companies use to dump or burn unwanted gas into the atmosphere.

“The gas is not what they’re after,” report author Sharon Wilson said, noting companies are largely looking for more profitable oil. “It’s not worth their time and money because it costs more to transport the gas to market unless the price of gas is very high.”

The new analysis relies on data from a number of sources, including data collected by the Environmental Defense Fund during three flyovers of 1,000 sites in one district in the Permian Basin where the group used special monitoring equipment to observe flares. The Earthworks team cross-referenced this with data from the Texas Railroad Commission (RRC), the confusingly named state regulatory body that is responsible for the oversight of the oil and gas industry. The commission issues flaring permits, but the results of the analysis show many companies are sneaking around regulations.

The results are pretty stark: Of the 227 flares observed during the three flyovers, 84% didn’t have a permit associated with them. It’s not just smaller producers that are cutting corners. Big-name producers are breaking the rules, too. Exxon and Shell are both on the list of companies Earthworks caught flaring without a permit. Both of these companies, Earthworks noted in its report, have endorsed more regulations of flaring and venting; Shell is part of an initiative based out of the World Bank called “​​Zero Routine Flaring by 2030.”

Jack McDonald, one of the authors of the Earthworks report, noted that while flaring without a permit isn’t automatically illegal—there are some instances under Texas law that allows for unpermitted flaring—the requirements for unpermitted flaring are so specific that it’s highly unlikely this huge volume of flaring observed in their report meets all those requirements.

“It also implicates any data that the Railroad Commission has about flaring,” he added. “Their foundational assumption around flaring is that they know when flaring is occurring, and that doesn’t seem to be the case from this analysis.”

The RRC has a deep-seated history of climate denial and a close relationship with the oil and gas industry, and it not monitoring these flares is only one piece of the puzzle. The report also found that the commission is lax about enforcing the permits it does issue. The RRC granted just 108 permits for flaring in 2008. By 2019, that number had grown by a jaw-dropping 65 times over to 6,792 permits. While the fossil fuel industry in Texas has exploded during that time, which would lead to an increased number of applications, Earthworks also noted in its report that the RRC tends to “rubber stamp” most flaring permit applications.

McDonald noted that the RRC’s compliance mechanism for monitoring flaring is “predominantly based on good faith.” Last year, the RRC only issued a little more than 100 violations for unpermitted flaring, and McDonald said it’s “exceedingly rare” for the RRC to issue a fine for a violation.

Wilson said that the RRC has a “stated goal” of visiting each production site only once every five years for inspection and that oil and gas producers “know there’s no chance they’re going to get caught.” Given how lax the RRC—which has a deep-seated history of climate denial and a close relationship with the oil and gas industry—the Earthworks report also looked at if producers are sneaking around regulations and flaring with abandon.

“A big part of the reason the Railroad Commission is bad at this is because they have no way to monitor flaring,” said McDonald. “They have to take the operators’ word for it.”

In an email to Earther, a spokesperson for the RRC said there were “flaws in Earthworks’ analysis” and that the “conclusion of the report is based on incomplete data or inaccurate assumptions,” noting that there were 36 flaring exceptions Earthworks had missed and that “a short-term observation of a flare from a flyover and absence of an explicit exception does not necessarily mean the observed flaring is illegal.” The spokesperson also noted that RRC data shows that flaring in the state has fallen over the past two years and said the RRC has “undertaken extensive work” to improve permitting processes and compliance.

Still, the RRC’s lazy approach to regulation outlined in the report poses serious risks to the climate. Last week’s Intergovernmental Panel on Climate Change report found methane emissions from the fossil fuel industry are on the rise and need to be addressed. Other recent reports have also shown a concerning amount of methane is being chucked into the atmosphere by fossil fuel companies. The gas is 80 times more potent than carbon dioxide, making the need for tighter regulations ever more vital.

Reducing flaring is often presented as a low-hanging fruit climate solution. It’s a problem we have the technology to fix, and that big oil and gas producers like Shell have paid a lot of lip service to, claiming they’re working on as a core part of their climate plans. In an already-lax regulatory environment, it’s wild that so many producers would simply choose to go around an agency that has made it pretty clear that they’ll let them do whatever they want.

It doesn’t look like the state regulatory bodies in Texas, one of the most important regulators of oil and gas in the world, are going to step up to the job anytime soon. In July, the RRC and the Texas Department of Environmental Quality sent a joint letter to the EPA complaining about the Biden administration’s new methane regulations, claiming that Texas has a “robust air permitting program” and claiming that any additional requirements to control methane emissions “are burdensome to the regulated community, duplicative and therefore unnecessary.”

For Wilson, it’s clear that regulating producers in the country’s largest oil and gas producing area needs to come from the top. Texas regulators “have no interest in regulating this industry,” she said. “President Biden made some pretty bold claims when he was campaigning about taking strong climate action, and any climate action has to consider Texas. Biden has to deal with Texas.”