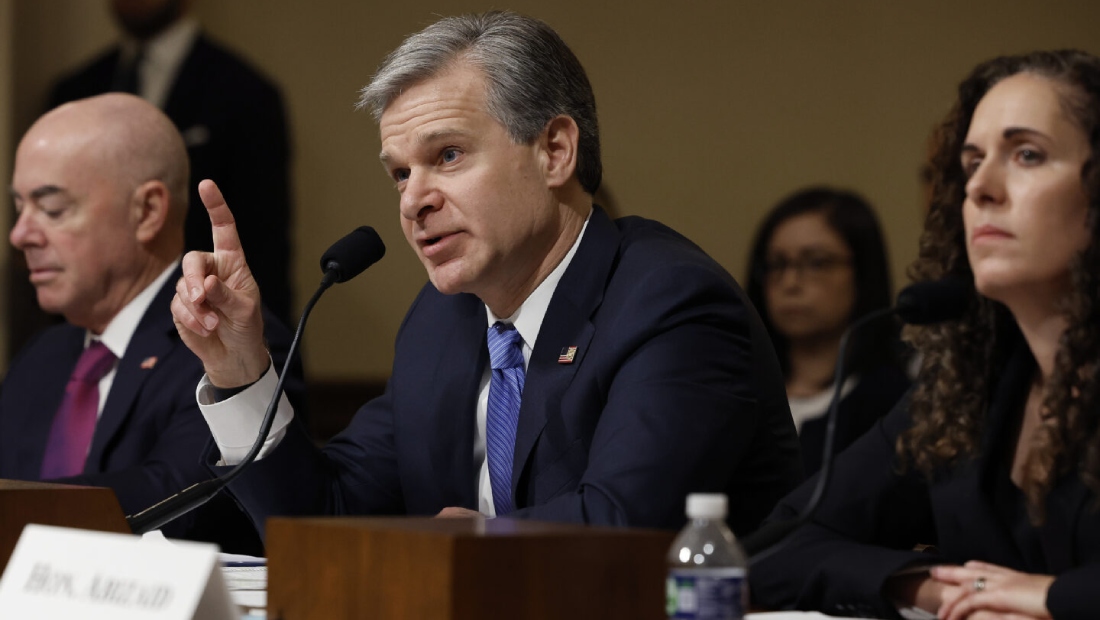 Speaking during a U.S. House of Representatives Homeland Security Committee hearing on “worldwide threats to the homeland,” Wray said the FBI’s concerns about TikTok include “the possibility that the Chinese government could use it to control data collection on millions of users.”

There is also concern, Wray said in response to a question, that the Chinese government could “control the recommendation algorithm, which could be used for influence operations … or to control software on millions of devices, which gives the opportunity to potentially technically compromise personal devices.”

In written testimony, Wray called the foreign intelligence and economic threat from China “the greatest long-term threat to our nation’s ideas, innovation, and economic security.”

But he declined to answer in an open session a lawmaker’s question about whether the Chinese government has been leveraging TikTok to collect data about U.S. citizens.

Concerns about ties to Chinese government

TikTok’s ties to the Chinese government have been a flashpoint among U.S. lawmakers and officials for years. The app grew in popularity in recent years after its parent company, ByteDance, a China-based company with suspected ties to the Chinese government, bought and later absorbed Musical.ly, which allowed users to create and share lip-sync videos.

The Committee on Foreign Investment in the United States (CFIUS), an interagency body headed by the Treasury Department that reviews the national security implications of foreign investments in U.S. companies, has been examining TikTok’s proposal to continue to remain active in the U.S. market and the risks associated with it.

Noting that the FBI’s foreign investment unit is part of the CFIUS review process, Wray said that “our input would be taken into account in any agreements that might be made to address the issue.”

Although TikTok has denied having ties to China’s ruling Communist Party, U.S. lawmakers have long expressed concern about the Chinese government’s ability to access U.S. user data collected by the app.

TikTok later dismissed the allegation raised in the article, saying in a statement it “does not collect precise GPS location information from U.S. users.”

In a June letter, TikTok sought to reassure U.S. lawmakers about its data security, writing that it now stores “100% of US user data, by default, in the Oracle cloud environment.”

Last week, the U.S. TV news magazine “60 Minutes” reported that TikTok has two versions — a limited, educational “spinach version” for Chinese consumers, and an addictive “opium version” for the rest of the world.

While the version used in the West “has kids hooked for hours at a time,” in China, children under 14 years can use TikTok for only 40 minutes per day and view only videos about science experiments, museum exhibits, patriotic videos and educational videos, according to “60 Minutes.”

Wray said the online “threat to our youth is something we’re always concerned about.” The FBI is just as concerned about the way the Chinese government uses its laws as “an aggressive weapon against companies, both U.S. companies and Chinese companies,” he said.

“Under Chinese law, Chinese companies are required to essentially — and I’m going to shorthand here — basically do what the Chinese government wants them to do, in terms of sharing information or serving as a tool of the Chinese government,” Wray said. “And so, that’s plenty of reason by itself to be concerned.”

Beijing has denied similar allegations in the past.