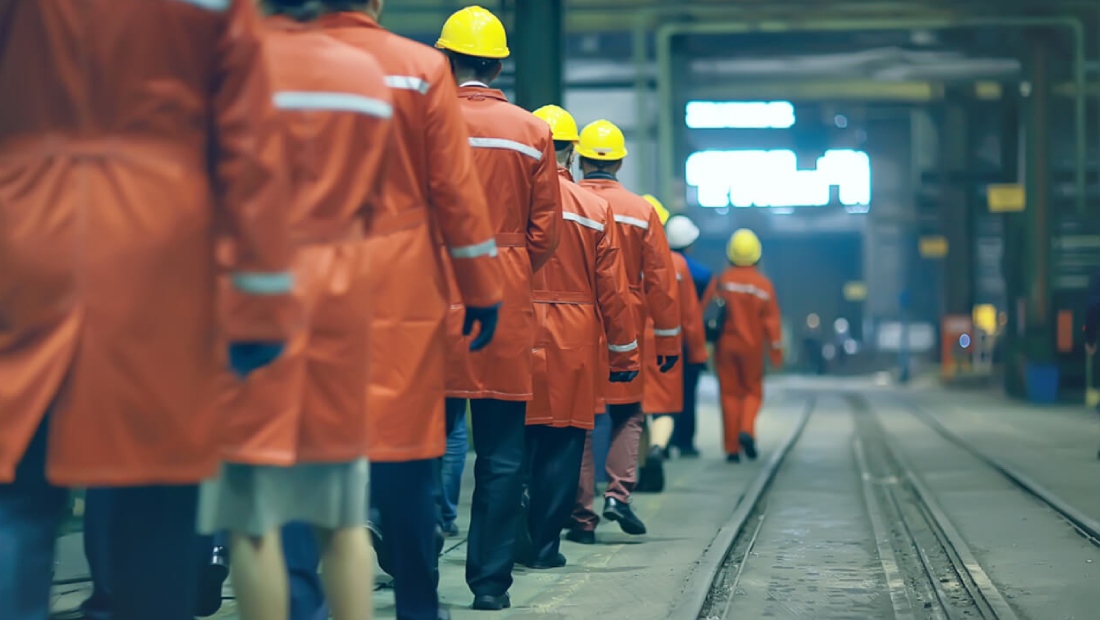 For Andrea Campos, founder of the Mexico-based mental health app Yana, finding developer talent nowadays reminds her of the dating scene growing up in Cancún.

For Andrea Campos, founder of the Mexico-based mental health app Yana, finding developer talent nowadays reminds her of the dating scene growing up in Cancún.

“If you wanted a boyfriend, you had to accept the hard reality that the guy you chose had already dated at least one of your friends before,” Campos told Rest of World. Much like potential dating partners in a small city, these days senior developers with experience and skills are a scarce commodity in Latin America, forcing her to flirt with other startups’ talent, she said. “There is just no option but to poach from other startups.”

Campos has been on the prowl for a while now. When Rest of World first met her early last year, Latin American startups and tech companies were struggling to recruit and retain talent. Her predicament was exacerbated by the fact that many U.S. companies had taken advantage of their geographic proximity to the region and outsourced jobs across the border – one company offered $15,000 a month to one of Campos’ former developers. “We can’t compete with that,” Campos had told Rest of World in January 2022. Now, she says finding experienced tech workers has become even harder.

Rest of World spoke to 18 entrepreneurs, recruiters, and developers in Mexico, Peru, and Uruguay, all of whom acknowledged that the recent layoffs across the tech sector globally haven’t freed up experienced developers for hire by regional companies. One of the major reasons for this, they say, is that though U.S. companies are tightening their belts, their technical needs remain the same, leading them to look abroad for cheap programming labor. This has forced Latin American startups to become creative in fulfilling their own hiring needs – from training junior employees to poaching more senior programmers from competitors.

“U.S. companies know how much Latin American developers make,” Dusko Kelez, the Lima-based founder and CEO of micro-investment app Hapi, told Rest of World. “They wouldn’t go through the trouble of hiring abroad if it wasn’t much cheaper.”

Two years ago, the Covid-19 pandemic brought an unprecedented opportunity for both U.S.-based tech companies and Latin American developers. With a shared time zone and lower salaries, the region saw an increase in outsourcing companies hiring developers to work remotely for U.S.-based firms. That was the beginning of a talent crunch for local startups across Latin America.

In 2022, mass layoffs across the tech sector became the norm, reaching a peak last November when Twitter slashed half its workforce and Meta fired more than 11,000 workers. Over 100,000 tech workers have lost their jobs since the start of 2022 in the U.S. alone, with global estimates placing the number at over 150,000.

Latin America also experienced layoffs. Over the course of a single week in December, Latin American startups laid off around 1,000 workers, according to a startup layoff analysis by Technology, a trade publication for the technology industry in emerging markets. Through 2022, as venture capital dried up, some of the most established Latin American companies – like Mexican crypto exchange Bitso (which also suffered due to crypto’s recent crash) and Brazilian gaming developer Wildlife – slashed close to a quarter and a fifth of their workforces, respectively.

“Given that it’s not that easy for U.S.-based companies to find experienced talent in Latin America, it is fair to assume that local companies are struggling even more,” Carlos Ganoza Durand, a Los Angeles-based Peruvian product manager at the on-demand staffing startup Wonolo, told Rest of World.

Mass layoffs in the tech sector should have been good news for Latin American startups, where 69% of employers had reported experiencing a shortage of IT talent in 2022. But out of the 10 Latin American startups Rest of the World spoke to, only two (both sizable and well-funded companies based in Mexico) said they had benefited from the sudden influx of available talent.

“At least [programmers] answer the phone now. Six months ago, trying to find a senior developer was almost impossible. But tables are turning,” Tabatha Arredondo Juárez, people director at Mexican fintech Stori, one of the startup’s Rest of World spoke to, said in a recent interview.

Employers in smaller companies, or those from smaller tech markets, told Rest of World they still struggle to find employees who can lead more ambitious projects and tackle complex challenges. Founders in Uruguay and Peru said many local companies still struggle to offer attractive salaries, and are forced to find creative alternatives to make up for uncompetitive paychecks.

“It’s almost impossible for local startups to cash in from layoffs in big tech,” Alexander Yaroshewski, co-founder and CEO of the Mexico-based fintech startup Crecy, told Rest of World. His company offers the possibility of stock options to workers – a rarity in Latin America. “We try to compensate with a strong company culture, allowing employees to grow alongside Crecy,” Yaroshewski said.

But extra perks like company stocks still fail to make up for disparities with U.S. salaries. Mariana Costa Checa, co-founder, and CEO of Laboratoria, a boot camp for female developers, told Rest of World that tech industry salaries in Peru – where her startup was founded – have not really evolved over time, particularly when compared to other countries like Mexico. According to the figures provided by Laboratoria, their recent graduates working in user experience design in Peru have an average salary of $700 (2,690 soles), while those working in Chile or Mexico earn approximately $1,000 – 918,000 Chilean pesos and 20,700 Mexican pesos respectively.

For senior developers, the difference is even starker. According to Glassdoor, an American website that compiles information about salaries and jobs in various companies, the average annual salary for a senior developer in the U.S. is $149,340. Their Latin American counterparts make much less. Senior developers in Mexico earn $68,000 per year, while those in Argentina make an average of $37,790.

Many companies that are unable to offer competitive salaries to poach senior developers from other organizations have been turning to workers with less experience. “There’s an abundance of [junior developers] and even though it takes money and time to train them, it pays off,” Martín Daguerre, co-founder of Lagarsoft, an Uruguayan startup that provides remote services for U.S. companies, told Rest of World. “All [our] senior developers started off as juniors, so that’s what we invest in.”

José Lugo, a Mexico-based senior developer with nine years of experience, told Rest of World his strong resumé made him less attractive to local companies, starting in around 2020. “I noticed a shift,” he said. “I was no longer contacted by Mexican companies or recruiters, but by companies from abroad.”

Rafael Montufar and Emmanuel Olvera, co-founders of Hireline, a Mexico-based recruiting platform that connects tech workers with companies looking to hire, told Rest of World they have also noticed a shift: U.S. companies have moved from hiring Latin American contractors to support their U.S. staff to employing Latin American teams on permanent contracts. “Before the pandemic, most of our clients were [outsourcing] companies like Softtek, Accenture, Globant, or other tech startups,” Olvera said. “But we’ve noticed a 30% drop in the hiring rates of these companies.”

For Olvera and Montufar, setting up entire, permanent operations remotely in Latin America means U.S.-based companies can not only cut costs when it comes to developers’ salaries but also save money on hiring an outsourcing company.

“Clients now want to know how to hire directly in Latam, how to deal with legal aspects, taxes, and so on,” said Montufar. “An American company recently laid off 200 U.S.-based software engineers in February, and by September, they were already looking to replace them with a fully remote team working from Colombia.”