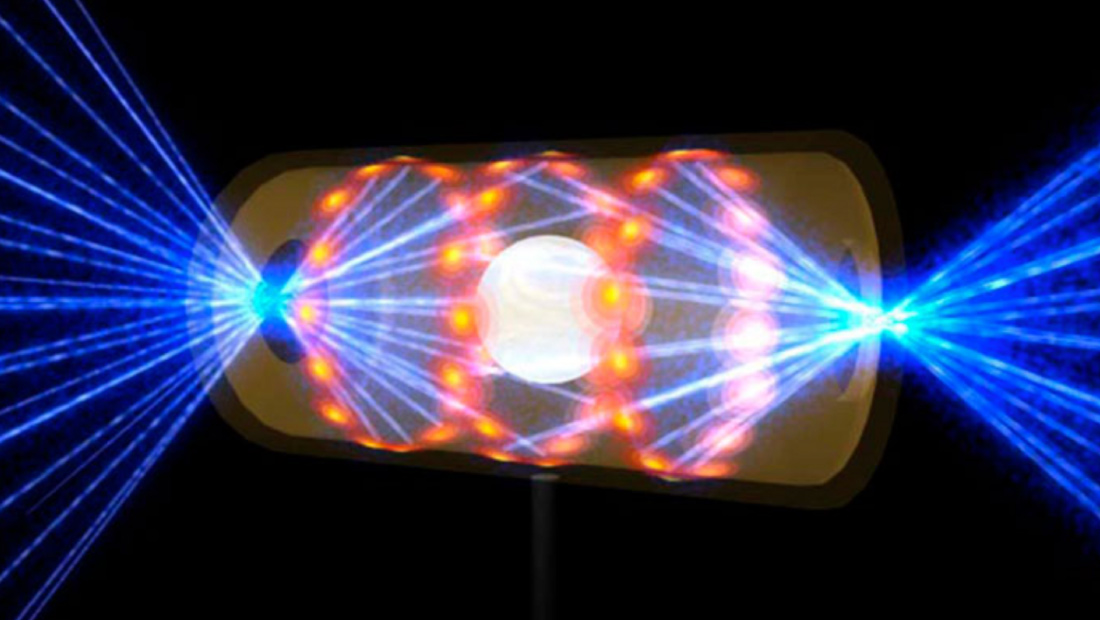 A US science institute is on the verge of achieving a longstanding goal in nuclear fusion research.

An experiment suggests the goal of “ignition”, where the energy released by fusion exceeds that delivered by the laser, is now within touching distance.

Harnessing fusion, the process that powers the Sun, could provide a limitless, clean energy source.

In a process called inertial confinement fusion, 192 beams from NIF’s laser – the highest-energy example in the world – are directed towards a peppercorn-sized capsule containing deuterium and tritium, which are different forms of the element hydrogen.

This compresses the fuel to 100 times the density of lead and heats it to 100 million degrees Celsius – hotter than the center of the Sun. These conditions help kickstart thermonuclear fusion.

An experiment carried out on 8 August yielded 1.35 megajoules (MJ) of energy – around 70 percent of the laser energy delivered to the fuel capsule. Reaching ignition means getting a fusion yield that’s greater than the 1.9 MJ put in by the laser.

“This is a huge advance for fusion and for the entire fusion community,” Debbie Callahan, a physicist at the Lawrence Livermore National Laboratory, which hosts NIF, told BBC News.

As a measure of progress, the yield from this month’s experiment is eight times NIF’s previous record, established in Spring 2021, and 25 times the yield from experiments carried out in 2018.

“The pace of improvement in energy output has been rapid, suggesting we may soon reach more energy milestones, such as exceeding the energy input from the lasers used to kick-start the process,” said Prof Jeremy Chittenden, co-director of the Centre for Inertial Fusion Studies at Imperial College London.

NIF scientists also believe they have now achieved something called “burning plasma”, where the fusion reactions themselves provide the heat for more fusion. This is vital for making the process self-sustaining.

“Self-sustaining burn is essential to getting high yield,” Dr Callahan explained. “The burn wave has to propagate into the high-density fuel in order to get a lot of fusion energy out.

“We believe this experiment is in this regime, although we are still doing analysis and simulations to be sure that we understand the result.”

As a next step, Dr. Callahan said the experiments would be repeated. “That’s fundamental to experimental science. We need to understand how reproducible and how sensitive the results are to small changes,” she said.

“After that, we do have ideas for how to improve on this design and we will start working on those next year.”

Prof Chittenden explained: “The mega-joule of energy released in the experiment is indeed impressive in fusion terms, but in practice, this is equivalent to the energy required to boil a kettle.”

He added: “Far higher fusion energies can be achieved through ignition if we can work out how to hold the fuel together for longer, to allow more of it to burn. This will be the next horizon for inertial confinement fusion.”

Existing nuclear energy relies on a process called fission, where a heavy chemical element is split to produce lighter ones. Fusion works by combining two light elements to make a heavier one.

Construction on the National Ignition Facility began in 1997 and was complete by 2009. The first experiments to test the laser’s power began in October 2010.

NIF’s other function is to help ensure the safety and reliability of America’s nuclear weapons stockpile. At times, scientists who want to use the huge laser for fusion have had their time squeezed by experiments geared towards national security.

But in 2013, the BBC reported that during experiments at NIF, the amount of energy released through fusion had exceeded the amount of energy absorbed by the fuel – a breakthrough and a first for any fusion facility in the world. Results from these tests were later published in the journal Nature.

NIF is one of several projects around the world geared towards advancing fusion research. They include the multi-billion-euro Iter facility, currently under construction in Cadarache, France.

Iter will take a different approach to the laser-driven fusion at NIF; the facility in southern France will use magnetic fields to contain hot plasma – electrically-charged gas. This concept is known as magnetic confinement fusion (MCF).

But building commercially viable fusion facilities that can provide energy to the grid will require another giant leap.

“Turning this concept into a renewable source of electrical energy is likely to be a long process and will involve overcoming substantial technical challenges, such as being able to re-create this experiment several times a second to produce a steady source of power,” said Prof Chittenden.