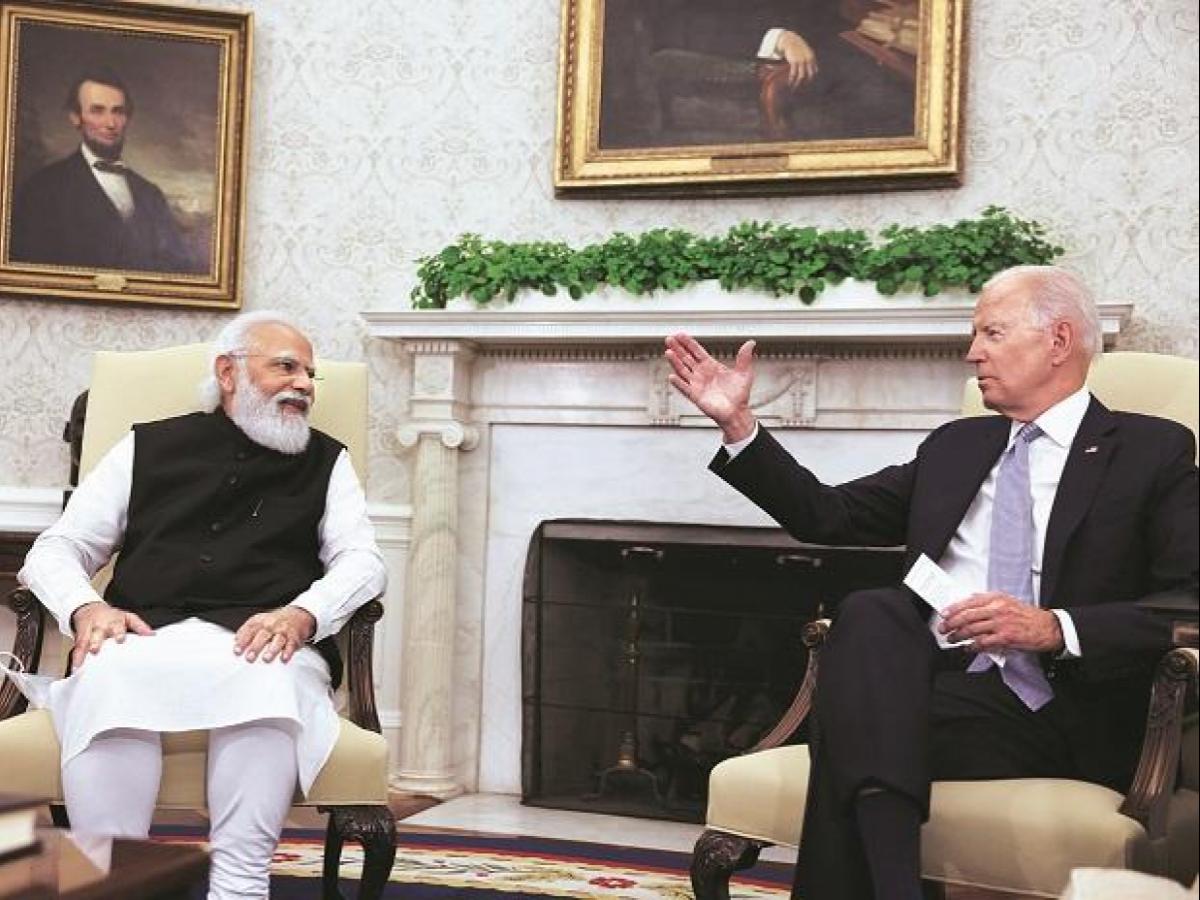 US President Joe Biden’s remarks to Prime Minister Narendra Modi disparaging the US press and calling the Indian reporters “better behaved” has riled up the US media.

As they sat down for their meeting on Friday and before reporters were ushed into the Oval Office, Biden was recorded on video telling Modi, “I think what we’re going to do is bring in the press. The Indian press has much better behaved than the American press. I have to watch out”.

He added, “I think, with your permission, we could not answer questions because they won’t ask any questions on point”.

Reporters raised the remarks on Monday with Biden’s Spokesperson Jen Psaki, who defended her boss saying he didn’t mean to be hard on them.

But she pointed out that the US reporters tend to ask questions unrelated to the topic he is talking about.

Psaki said, “I think what he said is that they’re not always ‘on point.’ Now, I know that isn’t something that anyone wants to hear in here. But what I think he was conveying is, you know, today, he might want to talk about COVID vaccines; some of the questions were about that. He might want to talk about… and some of the questions are not always about the topic he’s talking about on that day. I don’t think it was meant to be a hard cut at the members of the media people he has taken questions from today and on Friday as well”.

Another reporter objected to the comparison between Indian and US media.

She said, “The Indian press is ranked 142nd in the world, according to Reporters Without Borders, for press freedoms. How does he say that about the US press compared to the Indian press?”

Psaki defended Biden’s commitment to a free press globally and also mentioned the number of times he has spoken to the media as president.

She said, “Having now worked for the President — serving in this role for nine months, having seen that he’s taking questions from the press more than 140 times, including today and Friday — that he certainly respects the role of the press, the role of the freedom of the free press.”

The France-based Reporters Without Borders index is often cited by some in the Indian media and by western organizations as an authoritative ranking.

In fact, it is only an unscientific opinion poll of pre-selected persons that produces some bizarre rankings.

The US is itself ranked at 44, below Burkina Faso, and Gabon.

A more thorough study by Freedom House lists those two countries as “Not Free”.

Even western countries like Britain and Germany that are listed above the US have more restrictive media laws and censorship in some cases.

Biden has criticized reporters as being “negative”.