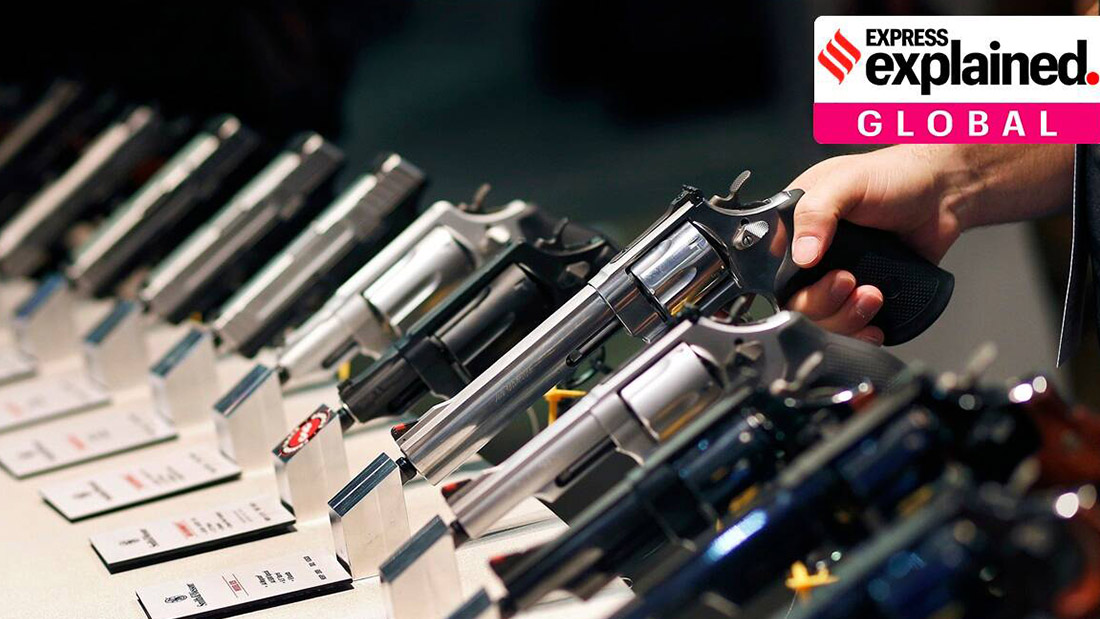 Mexico’s national government on Wednesday sued 10 gun manufacturers in a US federal court, accusing them of fueling a devastating drug war that costs the Latin American country thousands of lives every year.

Mexico has accused the gun makers — which include giants such as Smith & Wesson and Barrett Firearms — of recklessly promoting the flow of firearms to cartels, and has sought $10 billion in compensation.

The lawsuit says the Mexican government and its citizens have for decades “been victimized by a deadly flood of military-style and other particularly lethal guns that flows from the US across the border”, and that the flow of weapons is “the foreseeable result of the defendants’ deliberate actions and business practices”.

The legal action, initiated in Massachusetts state, is reportedly the first of its kind in which a foreign government is using the American judicial system to bring American gun makers to justice.

Mexico, which is America’s southern neighbor, is accusing American gun companies of unethically allowing their products to cross the border. As opposed to the US, where gun laws are frequently criticized as lax, Mexico has strict regulations on gun ownership.

Experts believe this has caused Mexican criminal organizations to secure weapons from the US, as gangs use Americans with clean criminal records to buy weapons at shops, which are then smuggled into Mexico. According to a report by The New York Times, 70 percent of guns traced in Mexico between 2014 and 2018 originated in the United States.

In the lawsuit, Mexico has accused gun manufacturers of knowingly promoting the supply of arms to criminal gangs south of the border. It cites the example of three guns made by manufacturer Colt, that it says have been directly intended for sale to its people. One such weapon is a special edition .38 pistol engraved with the face of the Mexican historical figure Emiliano Zapata, with a quote believed to be his: “It is better to die standing than to live on your knees.” The same pistol ended up being used in the murder of an investigative journalist in 2017, The NYT report said.

The lawsuit says US gunmakers are allowed to sell to licensed distributors “despite blazing red flags indicating that a gun dealer is conspiring with straw purchasers or others to traffic defendants’ guns into Mexico”.

Why is the lawsuit significant?

Although Mexico wants $10 billion from the gun makers in damages, legal analysts are skeptical whether the lawsuit would succeed, given the strong protections that a federal US law extends to manufacturers shielding them from being sued by victims of gun violence or their relatives.

Experts also believe it is difficult to establish wrongful involvement by the companies themselves, as selling to distributors who have criminal links might not necessarily be a crime.

However, the case is bound to increase the political support for strengthening regulations in the US by gaining attention from Democrat President Joe Biden.

A White House spokesperson noted on Wednesday that Biden has asked the US Congress to repeal the federal law protecting gun makers.

In Mexico, the number of killings due to the drug war has remained stubbornly constant over the years, despite leftist President Andrés Manuel López Obrador’s “hugs not bullets” campaign, in which the government aims at addressing the root causes of the bloodshed.

Last year, the violence claimed over 36,000 lives, and over 16,000 thousand have already died this year, as per official figures.