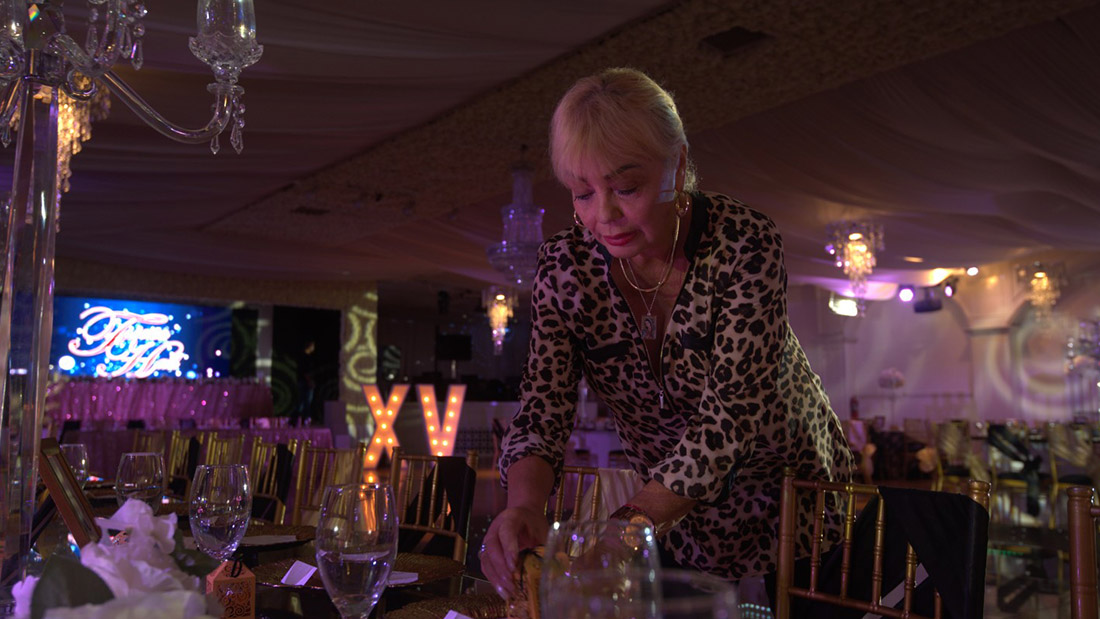 In the slew of coronavirus-related public health orders announced last March, one stood out to San Diego resident Blanca Nieto.

In the slew of coronavirus-related public health orders announced last March, one stood out to San Diego resident and longtime event coordinator Blanca Nieto. “All public or private ‘gatherings’ … are prohibited. All non-essential gatherings of any size are strongly discouraged,” read the March 16, 2020, county mandate. A day later, Nieto was ordered to close the doors of Fiesta Hall, the banquet hall she restored and opened more than 20 years ago on Palm Avenue in Chula Vista and has since been considered a staple in the community. “Nunca me voy a olvidar de esa fecha,” she said with tears rolling down her cheeks, saying she will never forget the day she closed her business to the public. She reopened in June when the governor lifted his order, but with the rising number of COVID-19 cases, the future is uncertain, leaving those in the events industry anxious about another shutdown.

“¿Qué va a pasar? ¿Qué es lo que viene?” said Nieto. Her clients, she said, want to know “what will happen” with their wedding and birthday celebrations at Fiesta Hall that had been on pause for more than a year, if things worsen. Customers at Cynderella Brides, which sells wedding and quinceañera dresses on Chula Vista’s Third Avenue, are asking the same questions, said shop owner Osmar Martinez. “People are scared right now. They already went through this once where they had to put everything on hold,” Martinez said. “So, they’re afraid to commit because buying a quinceañera dress and everything for their big day is an investment. It’s not the cheapest thing in the world.” It’s been a very fluid situation over recent weeks, business owners said. June and July were exciting months for the event industry across the county because large gatherings, ranging from graduation parties to weddings and memorials, were making a comeback.

Unfortunately, some businesses closed permanently, but for those that survived, the past two months offered a “boom” in sales with California’s reopening on June 15 and a steady, low COVID-19 case rate, said Martinez. “There was an increase in sales on everything by like 200 percent for those two months,” he said. “I also had a lot of people come and pick up the dresses they had on hold since last year. People were excited because everything was open and now, I can see they’re hesitant again.” Businesses said they’re happy to see activity and while the last two months brought in new sales for some, most of 2021 has so far not brought nearly enough new sales. “It’s been really hard,” Martinez said. “I’m doing pretty much 90 percent of everything because employees are not coming back. I don’t make enough profit. I’m just working on stuff that was already paid for a year ago.”

Fiesta Hall saw the same influx of clientele pick up where they had left off last year and quickly select a new date for their celebrations. Of the estimated 62 events that were booked for 2020, only four were canceled and the rest rescheduled for this year, said Nieto. She and her team have coordinated and redecorated the large banquet hall at least five times for parties of about 500 guests just last week for a Latina USA beauty pageant, wedding, and three quinceañeras. The nonstop hustle is scheduled to continue through September of next year. “No sabemos lo que pueda pasar pero lo más importante es seguir lo que sea más conveniente para respetar la salud de todos,” said Nieto, saying that while it is unclear what may happen, respecting everyone’s health is the most important thing. Despite the challenges ahead, there’s one thing Nieto said she learned from the pandemic and hopes others can also follow suit: compassion. Last year amid the everchanging COVID-19 restrictions on businesses, Fiesta Hall and its parking lot reopened, but not for its typical party events. It served as a free meeting place for vendors, mainly from San Ysidro and other South County areas, to sell their merchandise.

Many of them sold to people who crossed the Mexican-U.S. border, but when it closed, sales plummeted. There were dozens of vendors who sold tamales, cellphone accessories, chamoy treats, makeup, and clothing. The idea came about after Nieto started selling the Spanish rice dishes paellas to bring in additional income. “Fue una gran ayuda para mi durante la pandemia,” said Sandra Lujano, who sold tamales, saying that selling at the banquet hall helped her during the pandemic. The community spread the word about the vendors and more customers would stop by, she added. “En tiempo de crisis, pienso que todos debemos de apoyarnos, buscar soluciones. Este lugar tan grande de alguna manera sirvió de apoyo para nuestra comunidad,” said Nieto, saying that the hall served as a place to support the community and that during a crisis everyone should help each other. “Tenemos que tener más compasión para el prójimo,” she added, saying we must have more compassion for our neighbor.