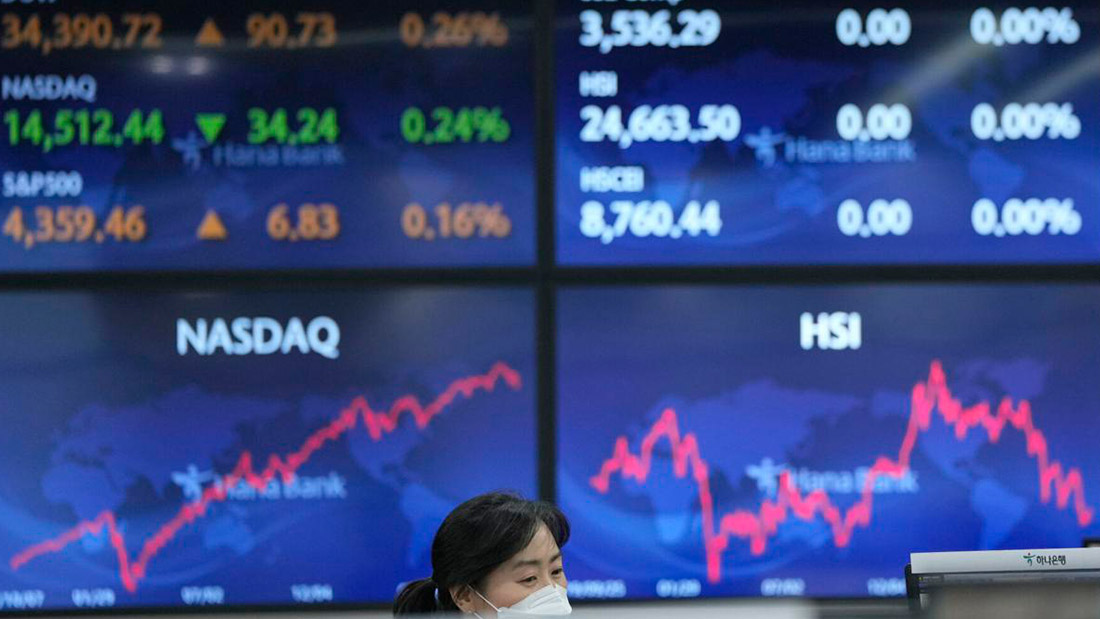 European shares and US futures climbed Thursday after US lawmakers moved to avert a government shutdown.

The future for the Dow industrials was 0.7 percent higher while that for the S&P 500 also rose 0.7 percent.

Investors have had their eyes on Washington, where Democrats and Republicans in Congress have been wrestling over extending the nation’s debt limit.

Congress has moved to avert that crisis, with the Senate poised to approve legislation to fund the federal government into early December.

The House was expected to approve the measure following a Senate vote Thursday, preventing a partial government shutdown when the new fiscal year begins Friday.

If the limit, which caps the amount of money the federal government can borrow, wasn’t raised by Oct. 18, the country would likely face a financial crisis and economic recession, Treasury Secretary Janet Yellen told Congress on Wednesday.

Yellen’s remarks came a day after Senate Republicans blocked consideration of a bill that would have raised the debt limit.

Asian shares were mostly higher, though Tokyo’s Nikkei 225 index lost 0.3 percent to 29,452.66 after the release of disappointing factory and retail sales data.

Japanese investors appeared to take in stride the choice of former Foreign Minister Fumio Kishida to head the ruling Liberal Democrats and thus become the next prime minister.

Kishida is expected to boost government spending but keep in place most current policies aimed at supporting the world’s third-largest economy.

China Evergrande Group’s shares fell 3.9 percent as reports said the company, which is struggling to whittle down its debt, was likely to miss another payment on a bond.

Evergrande’s shares surged Wednesday after it announced it was selling a stake in Shengjing Bank to help repay a 10 billion yuan (USD 1.6 billion) debt to the state-owned lender based in northeastern China.

The yield on the 10-year Treasury, which is used to set interest rates on many kinds of loans, slipped to 1.52 percent from 1.53 percent.

Bond yields have stabilized after surging over the past week and weighing on the market, especially technology stocks. The higher yields have forced investors to reassess whether prices have run too high for stocks because it makes them look expensive by comparison.

The next few weeks will bring a fresh round of corporate earnings that will give investors insights into how supply chain problems and higher costs are impacting corporate finances.

In another trading Thursday, US benchmark crude oil rose 38 cents to USD 75.21 per barrel in electronic trading on the New York Mercantile Exchange. It gave up 46 cents to USD 74.89 per barrel on Wednesday.